Of the not-insignificant number of events around the world billing themselves as “the greatest show on Earth”, the Rio Carnival has a thicker-fingered hold on the title than most. Twelve elite Rio samba schools each staged ninety-minute parades of multimillion dollar floats and casts of exquisitely costumed performers numbering in the thousands at the renovated Sambódromo, the “temple of Samba”, over two nights last week.

The sumptuous costumes and choreography were topped only by the sheer scale of each school’s production, and by focusing on the parade’s intricate micro here I’ve sacrificed its extravagant macro, which would make for another — perhaps even more dazzling — photo series.

Words and photos by Austin Andrews 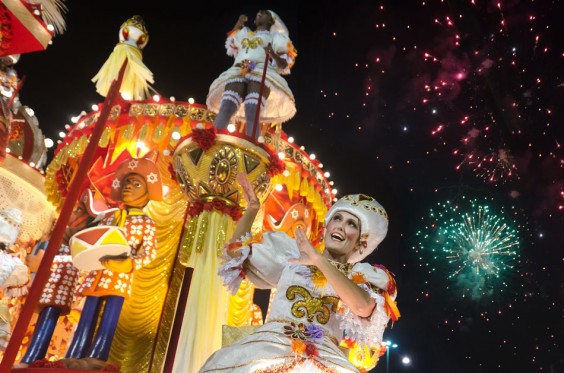 RGB Summoner: Fireworks and raucous applause herald the arrival of each new school on the avenue. 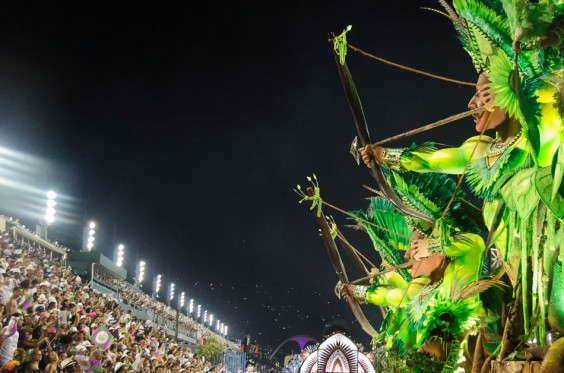 Submitting To the Arrows' Will: An estimated five million people participated in the five-day Rio extravaganza, including a capacity crowd of 72,000 folded into the 800m parade route. Officially the "Sambódromo" and known among locals as "Sapucaí", the parade route was redesigned last year by centenarian architect Oscar Niemeyer, best known for his mid-century designs for the United Nations headquarters and the planned city of Brasilia. 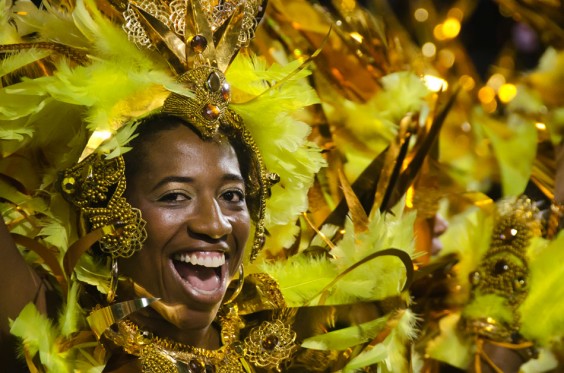 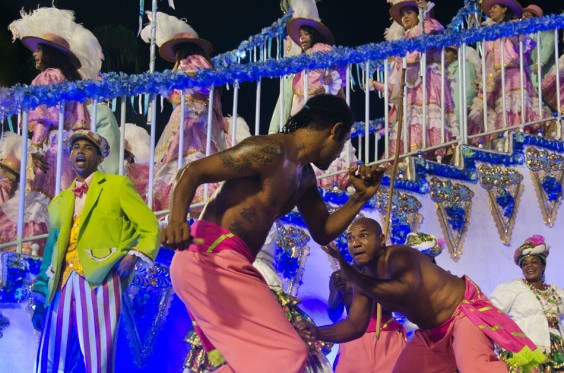 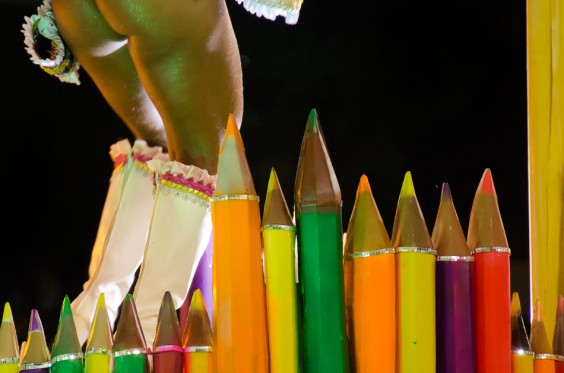 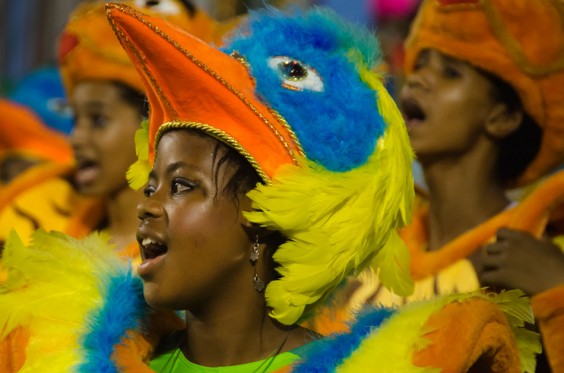 Face for a Smile. 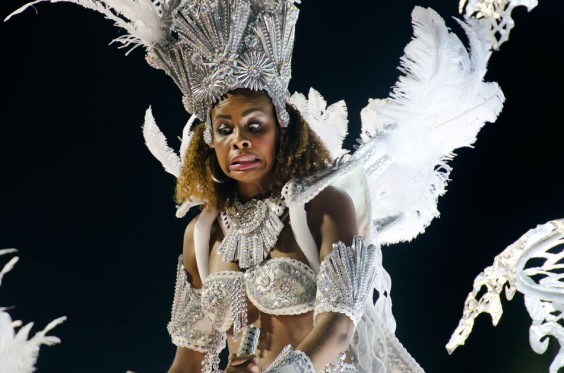 Witness on the Stand: High up on a float, a destaque watches in horror as a fellow dancer stumbles on a level below her. 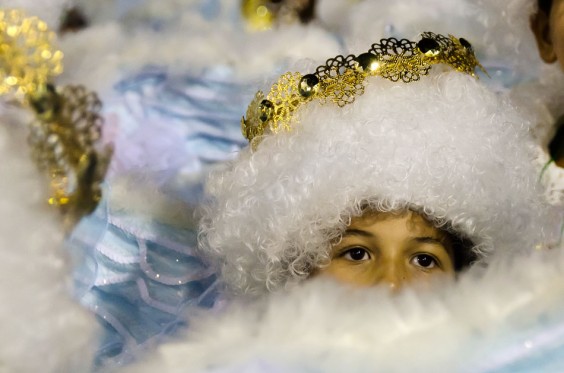 Pound of Cotton, Almond of Flesh. 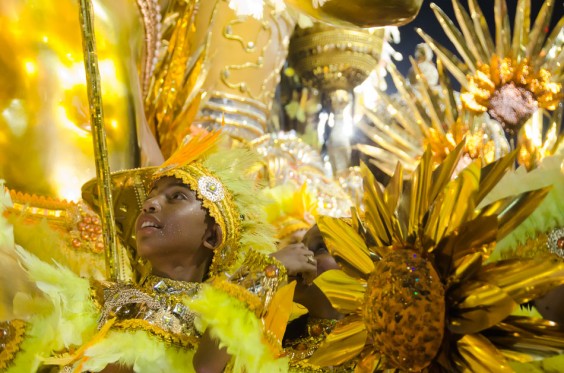 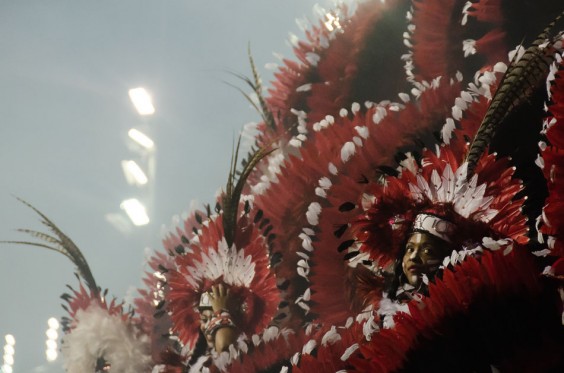 The Face in the Flock: Air thick with the smoke of her stalled float's sputtering engine, a headdress-garbed performer watches maintenance crews battle her school's diminishing chances. 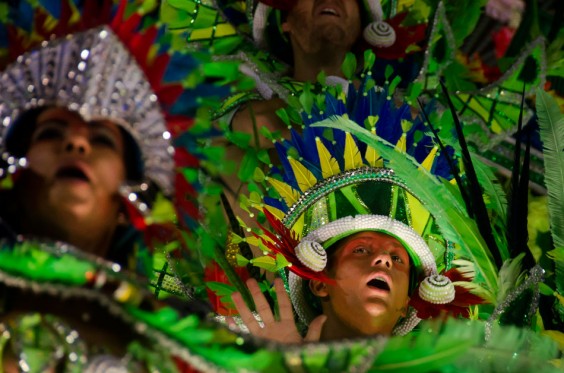 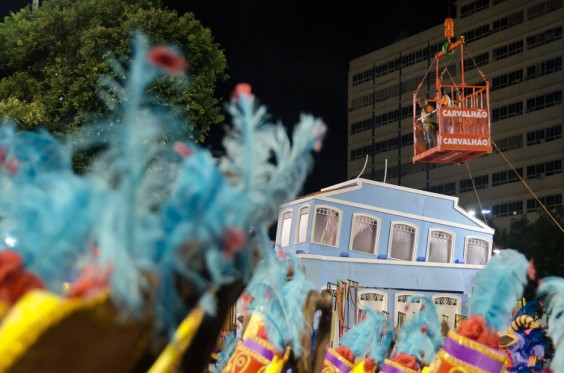 Ill-Timed Repairs: Crews work to repair a collapsed, power-less float as its school advances onto the avenue ahead of it. The float was eventually patched up and thrust into the parade six spots late, as the school's penultimate float. Parading floats out of order is sometimes worse than leaving them out entirely: each school tells a story through its costumes, sets and choreography, and to jumble the pieces risks confusion (and lost points). 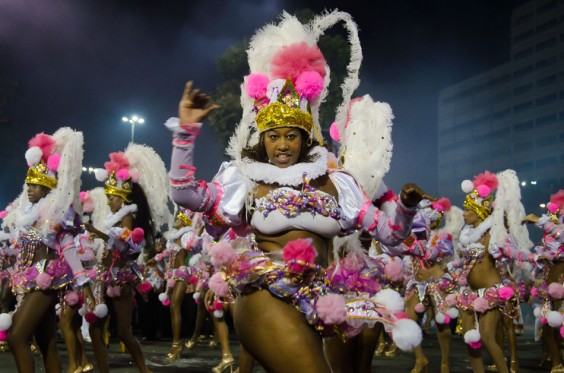 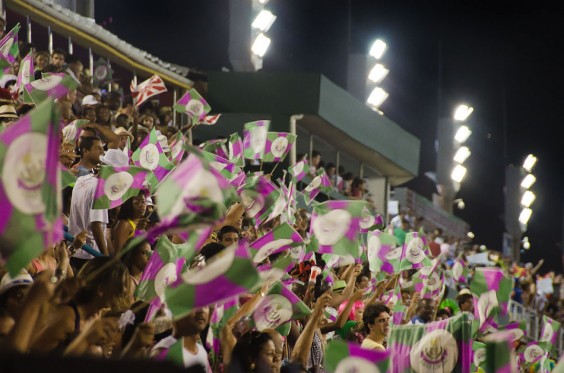 An Outspoken Minority: Supporters of Estação Primeira de Mangueira, popularly known as Mangueira, fly their school's colours from the nosebleeds of Sector 1. 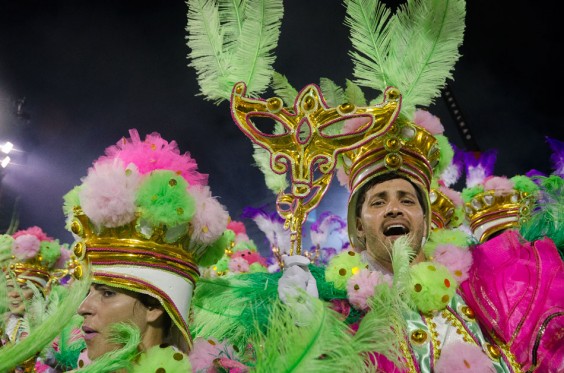 Mask for the Invisible. 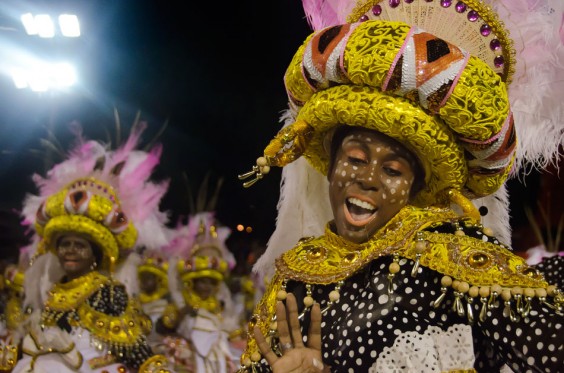 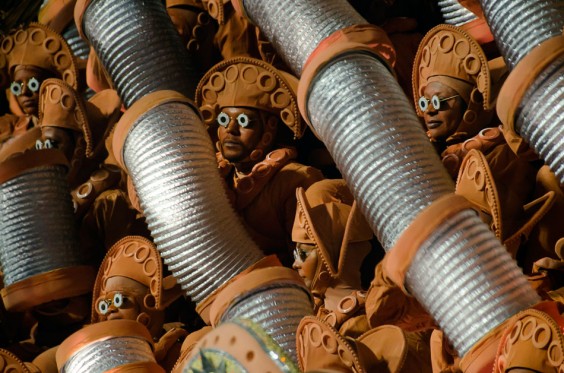 Clay Accordions: Performers on Unidos da Tijuca's "abre-alas", or the first float of its parade, spring to life in time with the beginning of their song. Unidos da Tijuca would later be crowned the winner of the 2012 Carnival, just the third time the school has won the coveted title in its 82-year history. 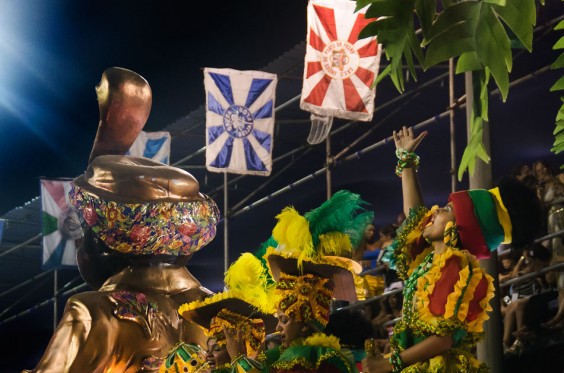 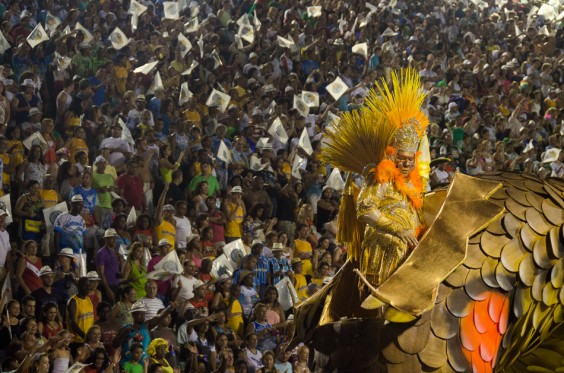 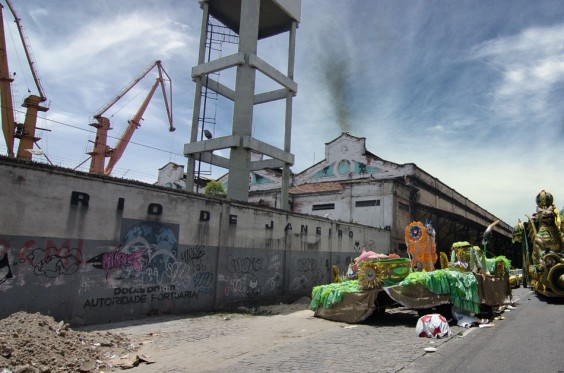 Deflated Dreams: An abandoned float lays exposed to the elements the night after its school's parade outside Cidade do Samba, the "Samba City" of warehouses and rehearsal spaces where each school spends the twelve months before Carnival preparing in secrecy.