Part three takes us to two separate project sites on opposite sides of the country with different focuses on the same issue: safe migration. 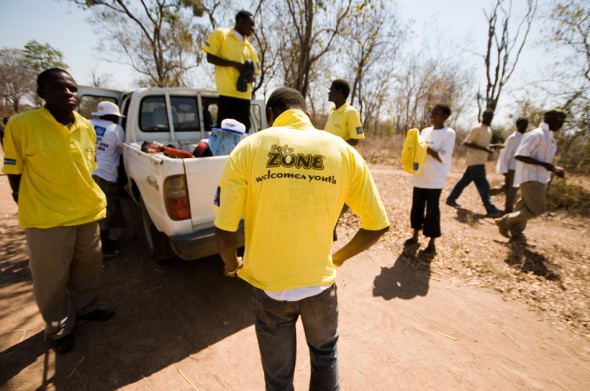 IOM volunteers suit up at a UN World Food Programme distribution gathering in rural Masvingo province, an area that has seen an alarming percentage of its population flee into neighbouring South Africa. Their mission is to promote safe migration, raise awareness of hazards and prepare would-be migrants for the difficult journey ahead. 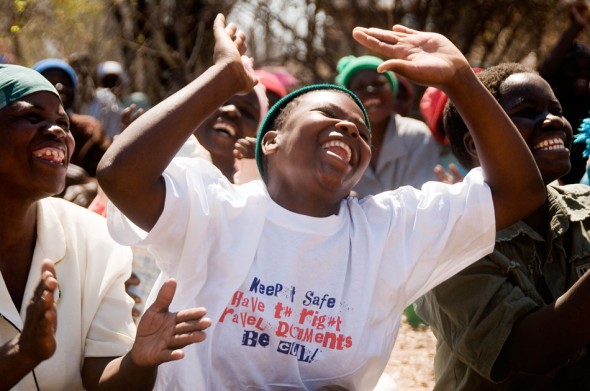 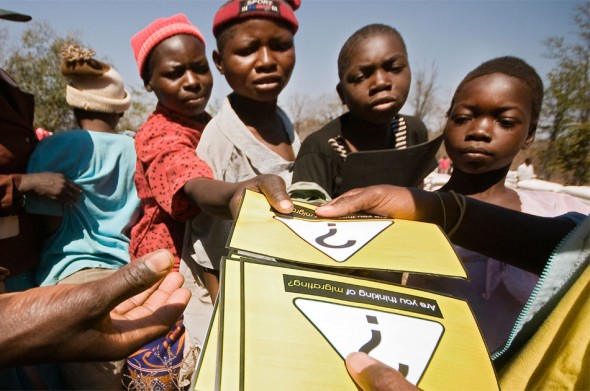 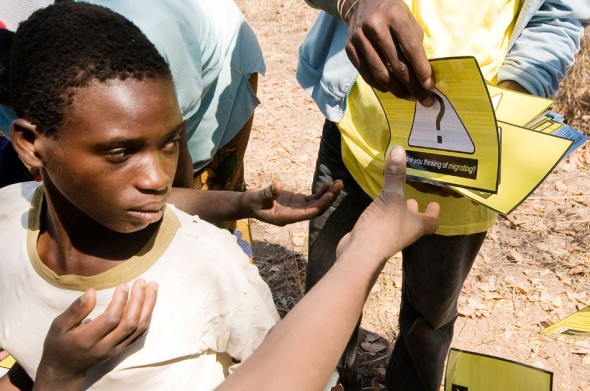 "Are you thinking of migrating?" 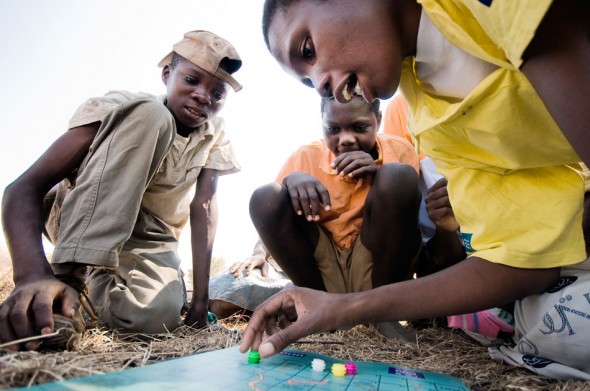 IOM volunteers distribute and play a game of Safe Migration Snakes and Ladders. 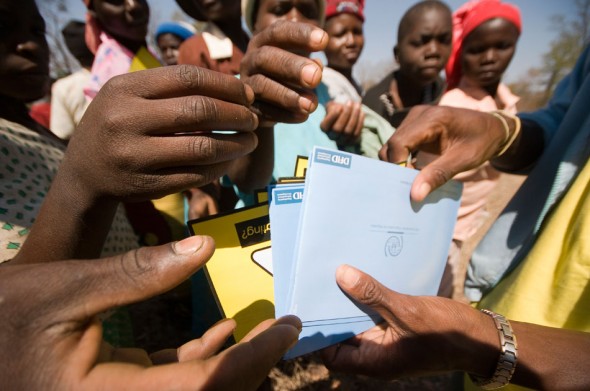 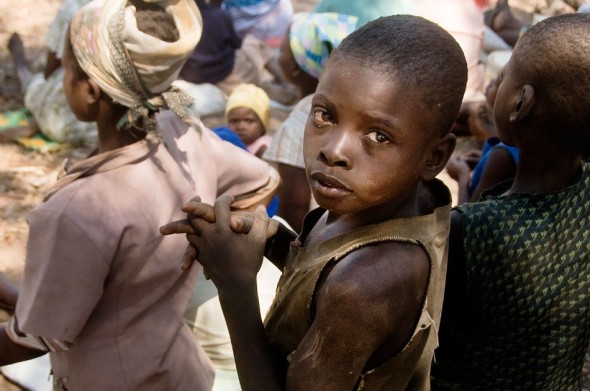 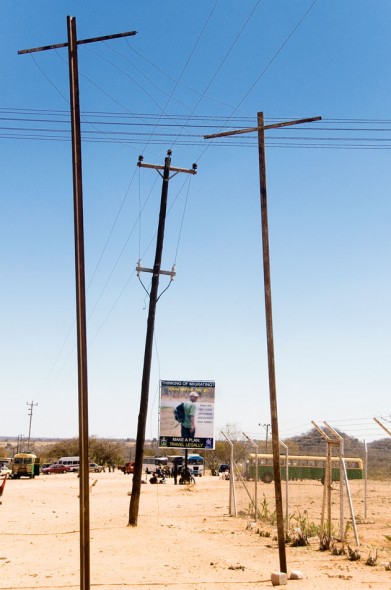 An IOM billboard demarcates the dusty border between Zimbabwe and Botswana outside the town of Plumtree. A hotspot for illegal crossings, IOM operates a migrant processing centre on the Zimbabwean side of the border. 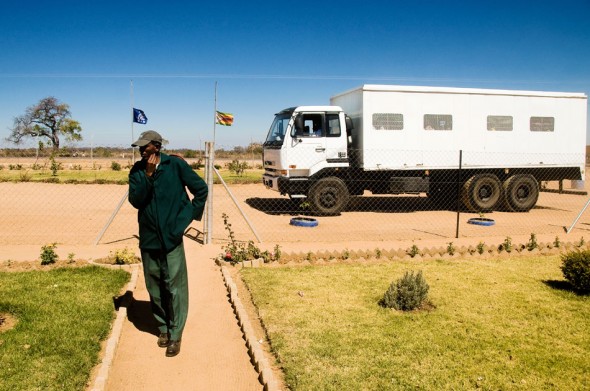 A truckful of deported migrants rounded up in nearby Francistown, Botswana arrives back in Zimbabwe at the IOM processing centre. The centre sees an estimated 3000 failed migrants a month, not accounting for those who attempt the dangerous border crossing more than once. 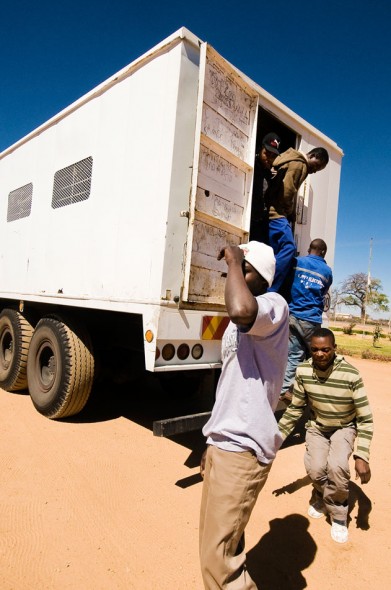 First steps back on Zimbabwean soil for a few of the 3000 illegal Zimbabweans captured and deported monthly from Francistown, Botswana. 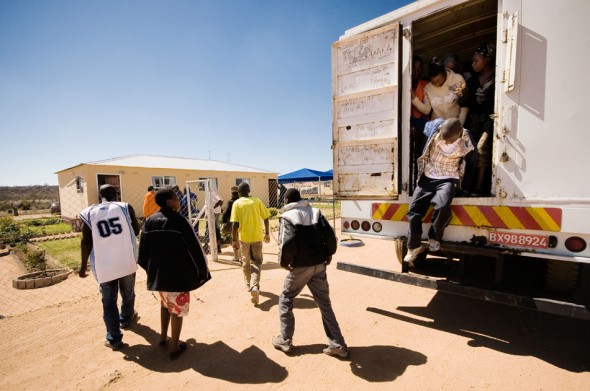 Zimbabweans walk toward an immigration office for processing after being deported from Botswana. 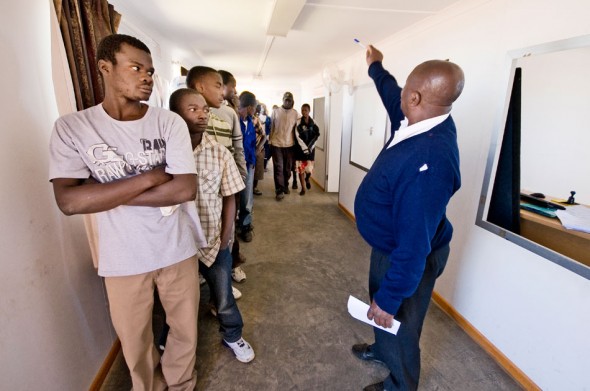 A Zimbabwean immigration official addresses a room of would-be migrants deported from Botswana for illegal immigration. 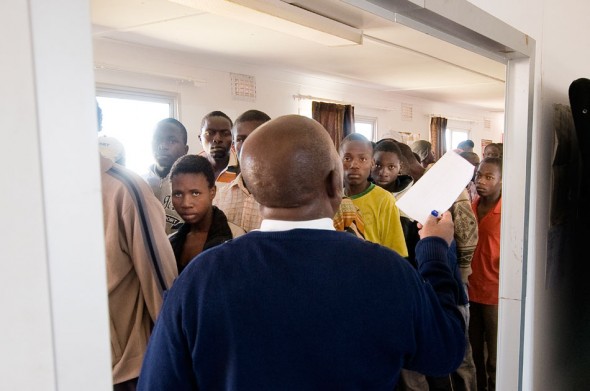 The immigration official addresses the group to ensure no Botswanan citizens were mistakenly rounded up. 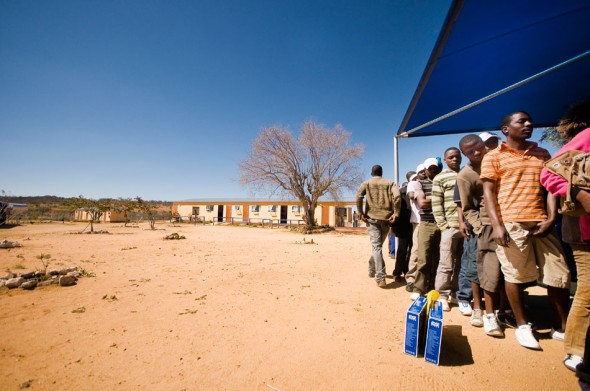 Migrants await repatriation papers in a processing queue in the IOM compound. 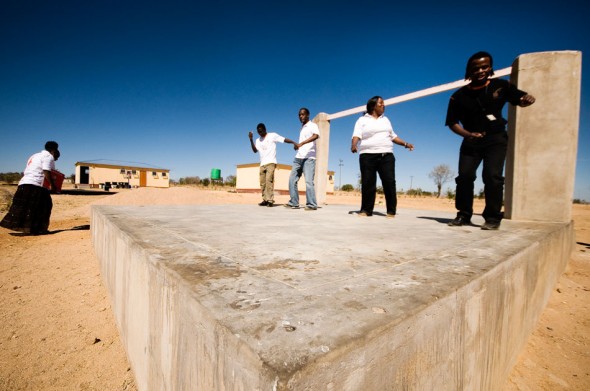 A dance troupe entertains the repatriated migrants while they await transportation back to Harare and Bulawayo.