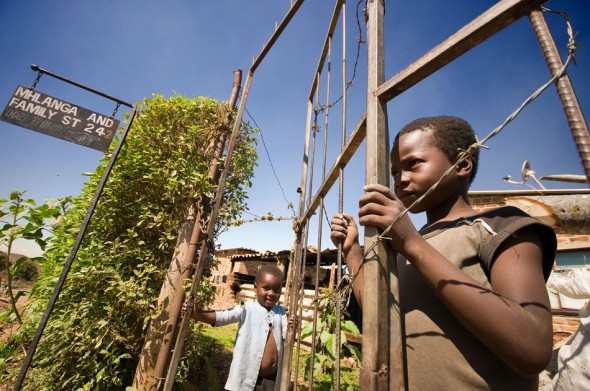 Boys look out from behind a gate in an IOM-built community outside Mutare, an MDC (Movement for Democratic Change) stronghold near the Mozambican border.

IOM vests supervise a project site near Chiredzi. Here, locals build their own homes from materials provided by IOM. 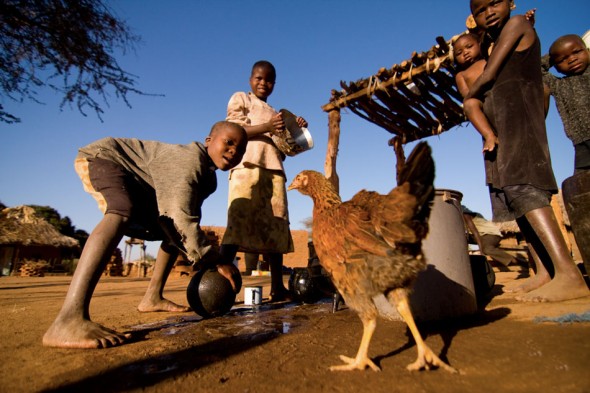 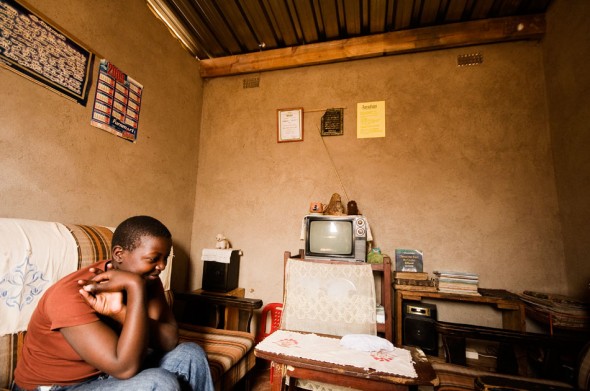 A woman sits in her living room under wall-mounted pages from the Qur'an. With electricity sporadic at best, the television sees little use. 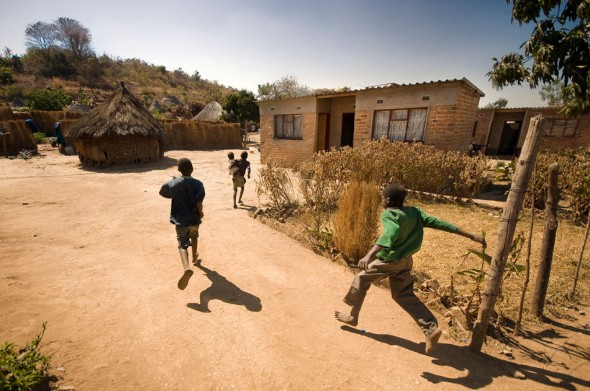 Foot traffic outside a new IOM-constructed brick house situated in a community of traditional rondavels. 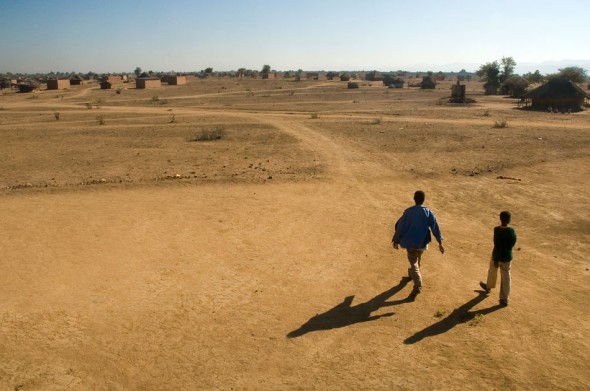 A father and son make their way through the home-specked flatlands off the grid in Zimbabwe's remote Eastern Highlands. 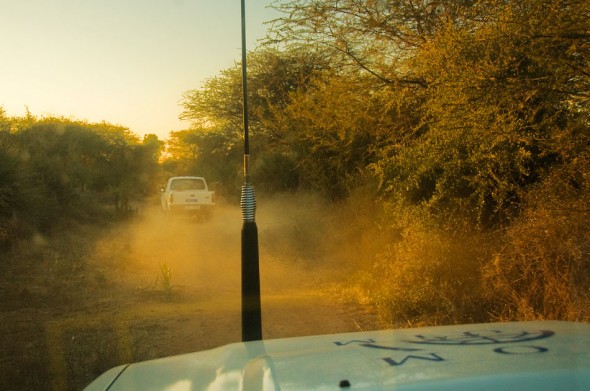 Chasing the day's last golden light, an IOM convoy makes its way through the bush toward a far-flung building project.

Construction gang on the left, residents-to-be on the right. 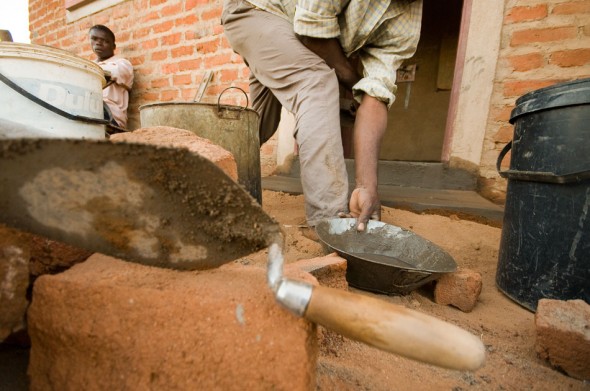 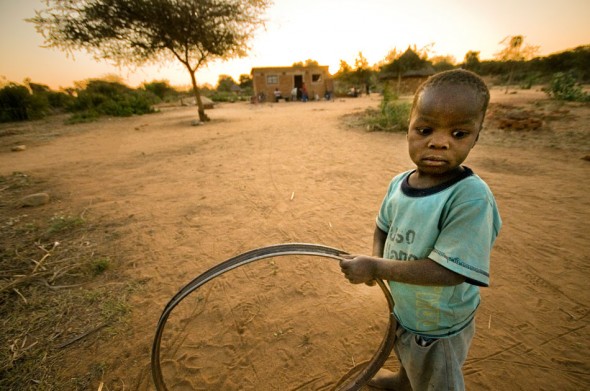 Rim tracks in the path to a new home. 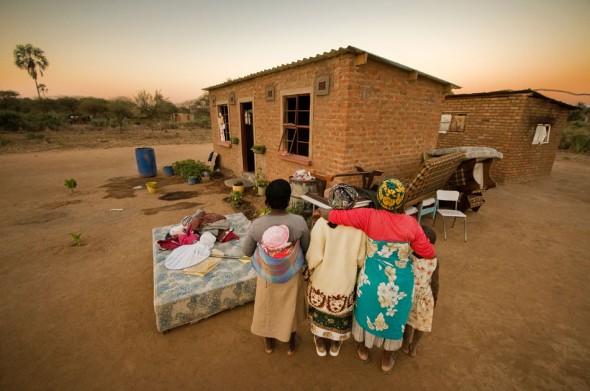 A family pauses midway through moving furniture into their new IOM-constructed house.