With the rest of the country flocking last week to the polling stations in record numbers, hundreds of residents of the Alexandra township opted to boycott the election to make a stand for poor government-subsidised housing. Speaking out against the corruption and delays that has marred delivery of a new housing project in the Far East Bank of Alexandra, the protestors held chants and dances on a grassy knoll across the street from a line of police vehicles and media. 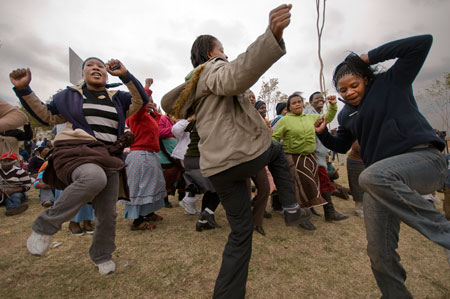 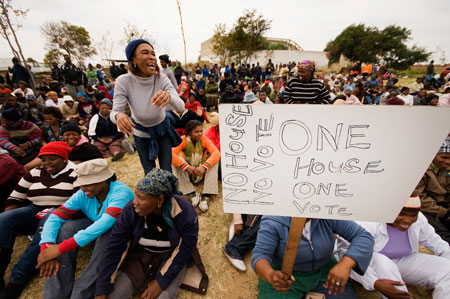 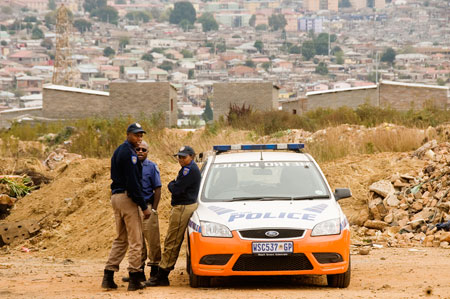 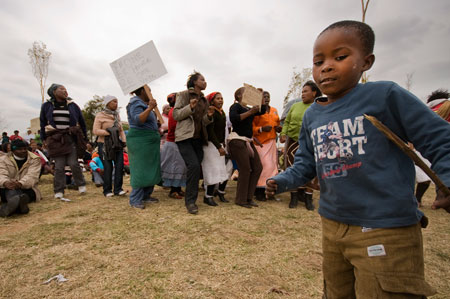 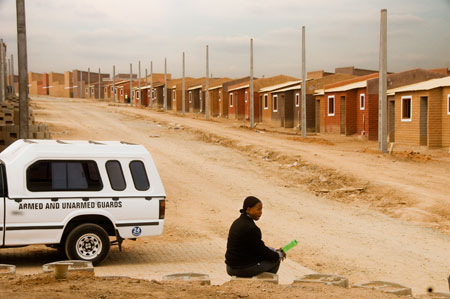 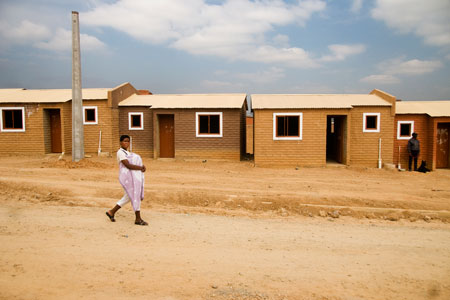 For the full series, including several (rather mediocre) photos not published here, check out the multimedia slideshow on The Times’ website.