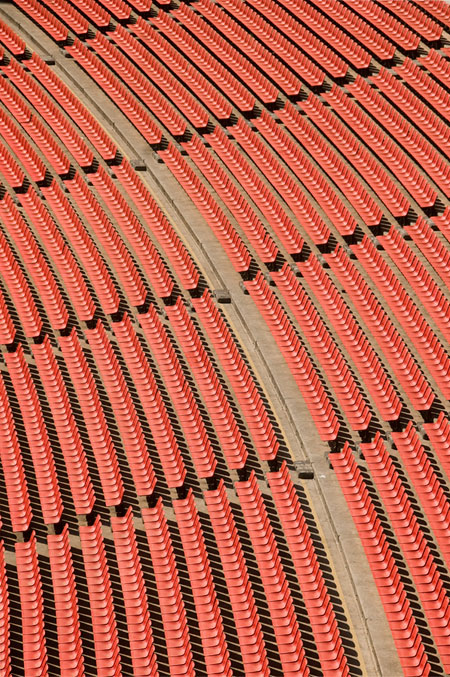 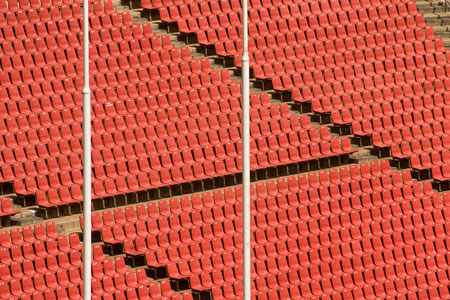 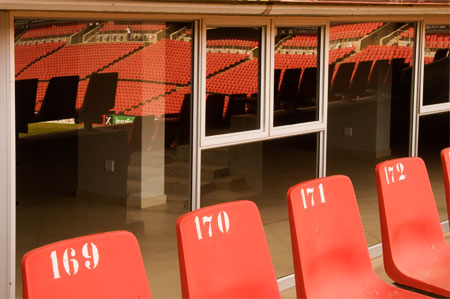 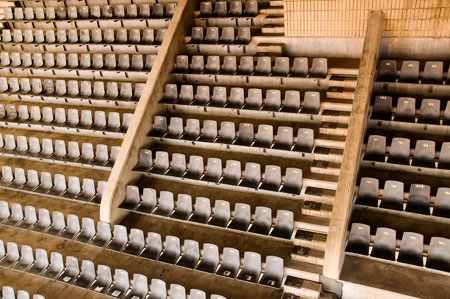 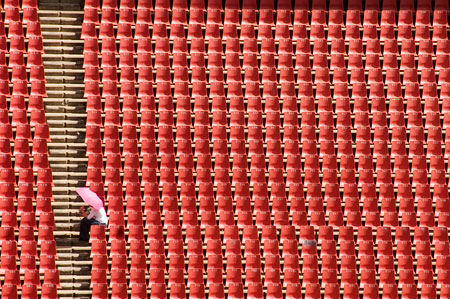 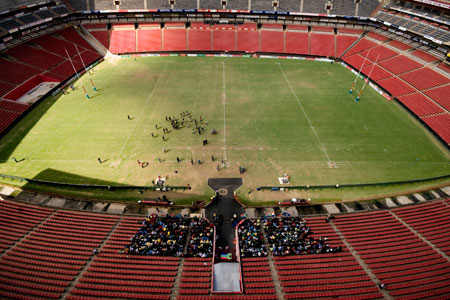 Crew and extras on the set of The Human Factor, an upcoming Clint Eastwood-directed rugby film starring Morgan Freeman and Matt Damon. 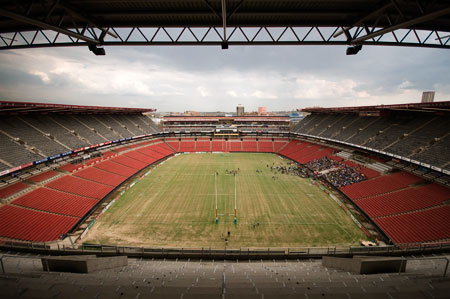 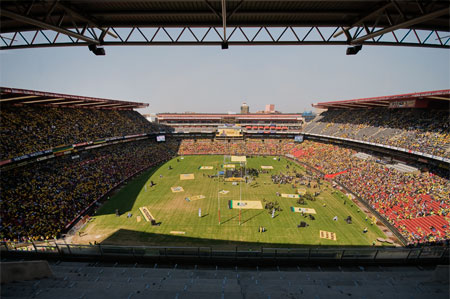 An endfield Sunday as crowds arrive at Ellis Park for the African National Congress’ final rally before Wednesday’s general elections.

The following article was written by my friend Sarah about our experience attending the rally. Keep scrolling for more photos.

I am a young South African, 23, and while I am very excited about voting tomorrow, I’m confused and a little disillusioned about who to vote for.

In this state of mind I, almost by accident, attended the African National Congree (ANC) rally at Coca-Cola Park in Johannesburg on Sunday.

I’m not an ANC supporter (well, specifically not a Jacob Zuma supporter) and I was expecting to have a day of grinding my teeth through speeches. Instead, I had an overwhelmingly positive experience, which, while not converting my vote, left me feeling much calmer and more positive about the country and its leadership after these elections.

The experience started with my Canadian friend, a photographer who invited me to the rally, and I walking to the stadium together with throngs of singing people. The atmosphere was celebratory, and anticipatory. I got caught up in it very quickly, although we stuck out in two ways. We were the only ones not wearing ANC T-shirts, which made us more conspicuous than being the only two white people in the crowd.

On our way into the stadium, having now acquired ANC T-shirts, I was reminded about the diversity of ANC supporters – the pace of the civilised crush was slowed by older people walking with sticks and young children, their ANC shirts reaching to their knees and toes.

The reception I received from the people around me was overwhelmingly positive. The area of the stadium in which I was sitting was so full that people had crammed onto the stairs; a jigsaw puzzle of people with a common purpose. The middle-aged women I was sitting next to were friendly and concerned, and offered me half their seats. And there were many idiosyncrasies that surprised me, and which made me smile.

While, as far as I could see, we were the only white people in the stadium (apart from members of the media on the field), the only languages on the posters were English and Afrikaans. But the crowd’s response to the Afrikaans prayer was positive (even the prayers were diverse, with a prayer by an imam, a rabbi and Christian ministers). At the end of the Afrikaans prayer the woman sitting next to me said: “In die naam van God,” (In God’s name) and leaned over to me and said: “Ek probeer.” (I’m trying).

I went to the rally strongly opposed to Zuma, with my arguments against him neatly lined up in my head. It was only when he started speaking that I realised that I had never actually heard him speak (I’m not counting the choice 30-second extracts shown on the news), and I was pleasantly surprised.

He spoke of a country where every colour and every gender feels comfortable and is not discriminated against, and reassured people that even if the ANC gets a two-thirds majority, it would not change the constitution.

His speech was not life-changing for me, but it did challenge my preconceived negative notions of the person who is probably going to be our president. I am grateful for that. And while some of my friends pointed out that words are just words, what else can you have in a speech?

I was also impressed by the spectacular organisation. There were at least 100 000 people gathered in the two stadiums and the areas outside, but everything was completely relaxed and peaceful. I had watched as the organisers stopped letting people into Coca-Cola Park and started sending them to the Johannesburg Stadium next door. I expected people to get angry. I expected lines of policemen. But there was just one line of security personnel, firmly standing holding hands and directing people to other areas, and people obeyed them. It made me so happy to live here.

Leaving the stadium was also very relaxed, my friend and I both in our ANC T-shirts. We were a bit of an oddity in the crowd, and people kept testing us, saying amandla. At first I was shy about responding; I never know whether it’s my right or not. But seeing people’s responses when I did respond, I carried on. And why not? Power to the people, to these people, the everyday people. And my hope, my prayer, is that the people in power remember every single day whom they are here to represent. I had definitely forgotten what the ANC stood for.

All in all, it was an intensely positive experience. And an intensely democratic one. I felt comfortable and proud to be South African. Everybody says that we have lots of work to do, and it’s true. And we don’t know what kind of president Zuma will be.

I still don’t know who to vote for. But I do know we’re going to be okay. And my friend and I can have some fun shocking all our friends by going out in our ANC T-shirts! 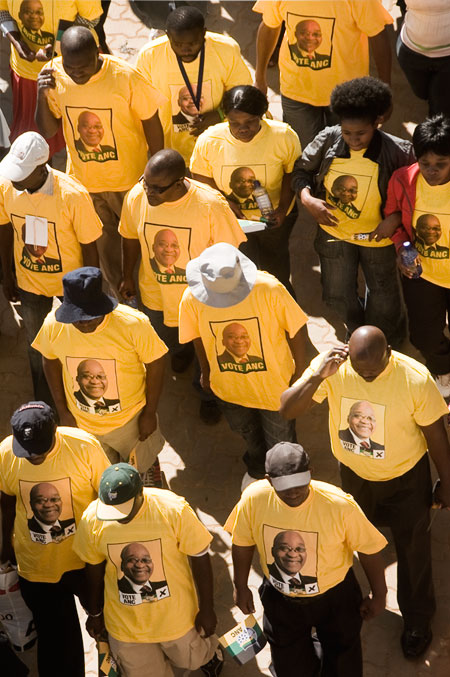 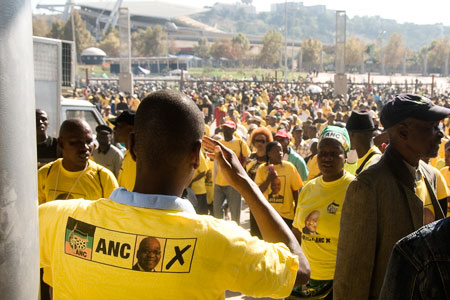 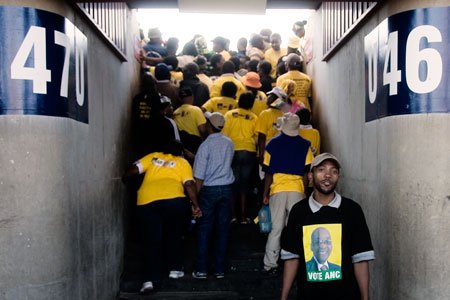 Supporters crowd the entrances for a view of the festivities. 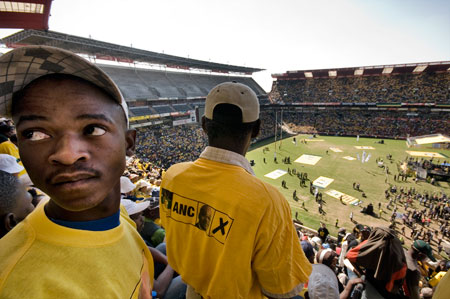 The view from the upper tier. 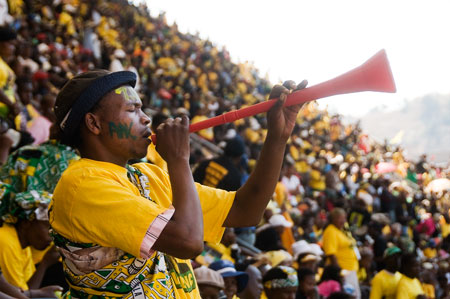 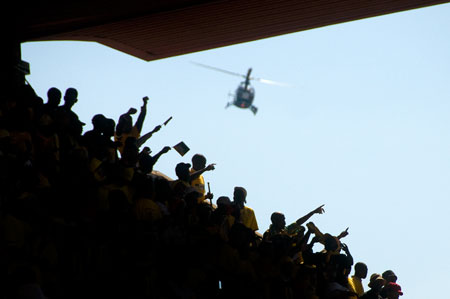 Decked out in ANC yellow and green, a helicopter flies over the two stadiums to raucous cheer. 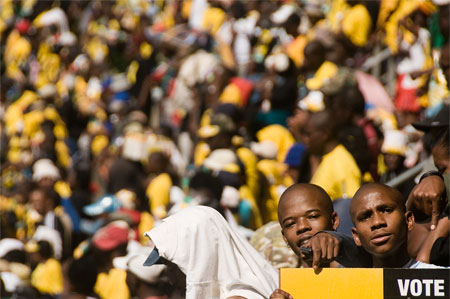 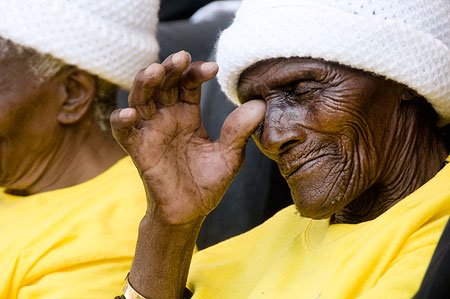 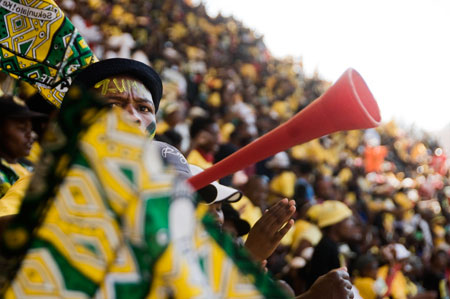 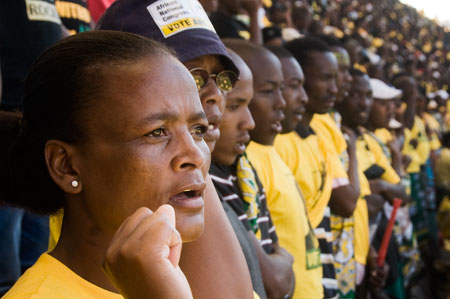 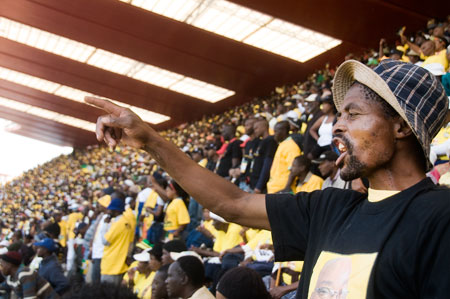 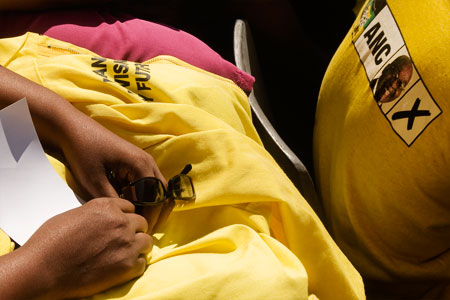 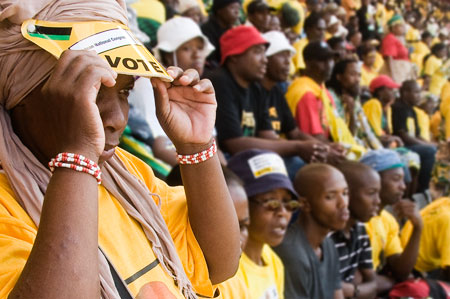 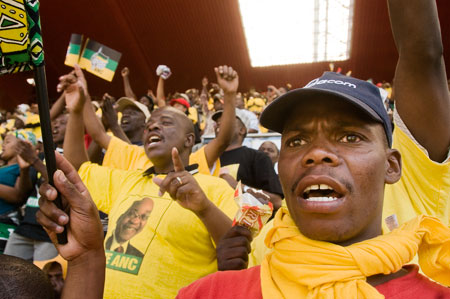 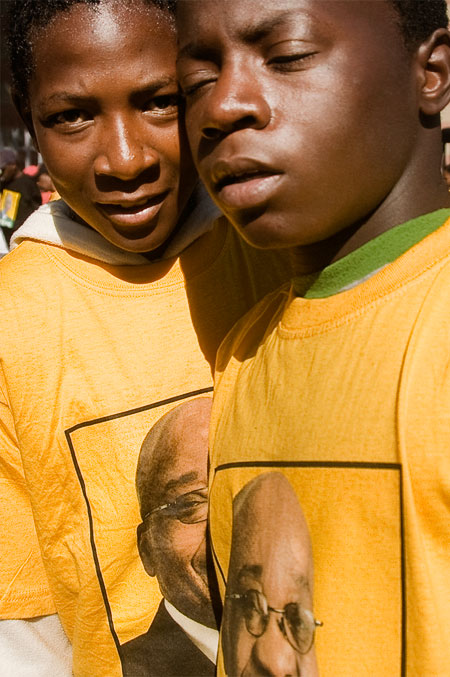