To understand Naypyidaw (interchangeably spelled Naypyitaw or Nay Pyi Taw, and translated from Burmese into “Abode of Kings”), it helps to know a little of the situation in Burma, the country to which it now serves as capital city. The poorest nation in southeast Asia, and home to the world’s longest-running civil war (infighting has been ripping state lines to shreds since independence from Britain was granted in 1948), the universally-abhorred military government is fighting a difficult war with the very people it should be protecting. A progressive democratic party was elected in 1990 but prevented from taking power, its Nobel Prize-winning leader put under a house arrest that lasts to this day. The GDP has become stagnant. Cities are in shambles while in the countryside thousands die every year from starvation. And in a greenfield site miles from anywhere sits a surreal suburban fantasyland where tap water is drinkable and electricity runs freely.

On November 6, 2005 the Tatmadaw military government surprised the world when it announced it had moved the capital to an empty tract of farmland 230km north of colonial capital Rangoon. No one knows exactly why: the consensus among news agencies and political pundits attributed it to geography, shifting the command centre north to avoid any potential seaborne invasion by US-led forces, while the military government maintained it was because Rangoon was simply “too crowded”. Even Burma’s main ally, China, criticised the move, wondering why a nation too poor to even feed its own people would spend so much money moving its capital city.

The city took shape as 2006 ran its course, boulevards and buildings popping up across the plain, and by our visit in June 2007 Naypyidaw was beginning to look like the squeaky-clean showcase city its creators had in mind, albeit without perhaps answering first the all-important “why”. We went in without knowing what we’d find or where we’d find it: there was nary a mention of the city in the travellers’ bible Lonely Planet and we were told by the manager at the hotel that we were the first uninvited non-delegate foreigners to stay overnight (in effect, the first two tourists).

The official line remains that Naypyidaw is off-limits to foreigners, although if that’s true it seems no one told the local officials. Apart from suspected tailings (a possible paranoid hallucination) and one unpleasant chitchat with a cop who had designs on our none-too-subtle Nikons, our overnight stay was remarkably hassle-free.

To our knowledge this is the first thorough online photo journal of life in the new capital; a companion set can be found on Will’s blog. 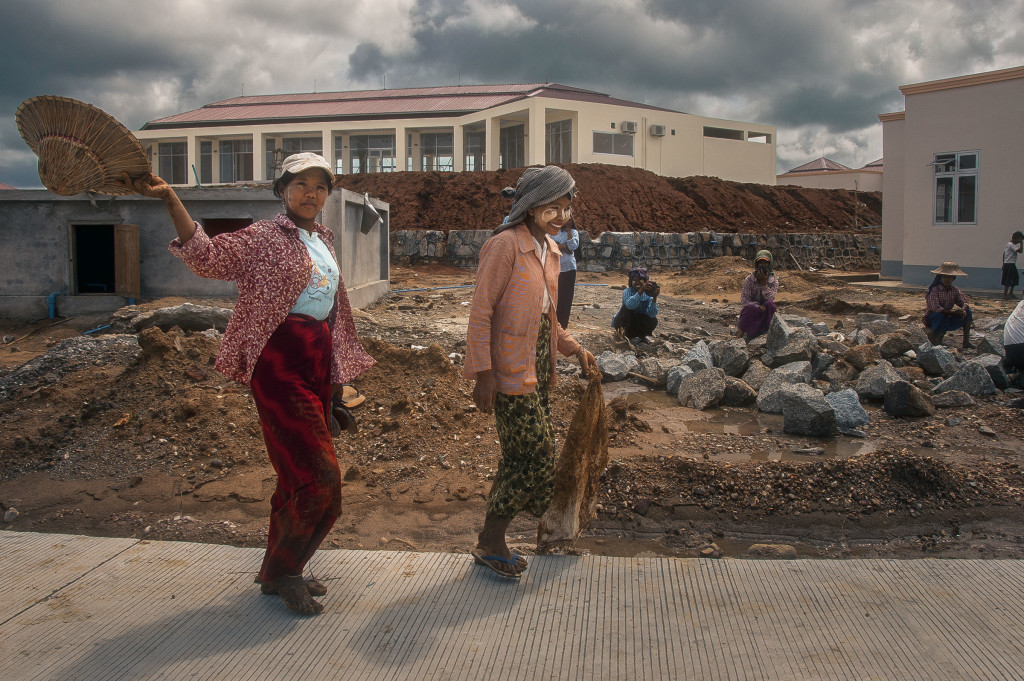 Much of the infrastructure in Burma — a nation perennially on the UN’s list of the worst human rights abusers — was constructed with forced labour. While it’s difficult to tell for certain whether much or any of Naypyidaw was built by slaves — locals have their suspicions but can’t substantiate them — we observed that most worker gangs had a uniformed officer supervising them very closely. 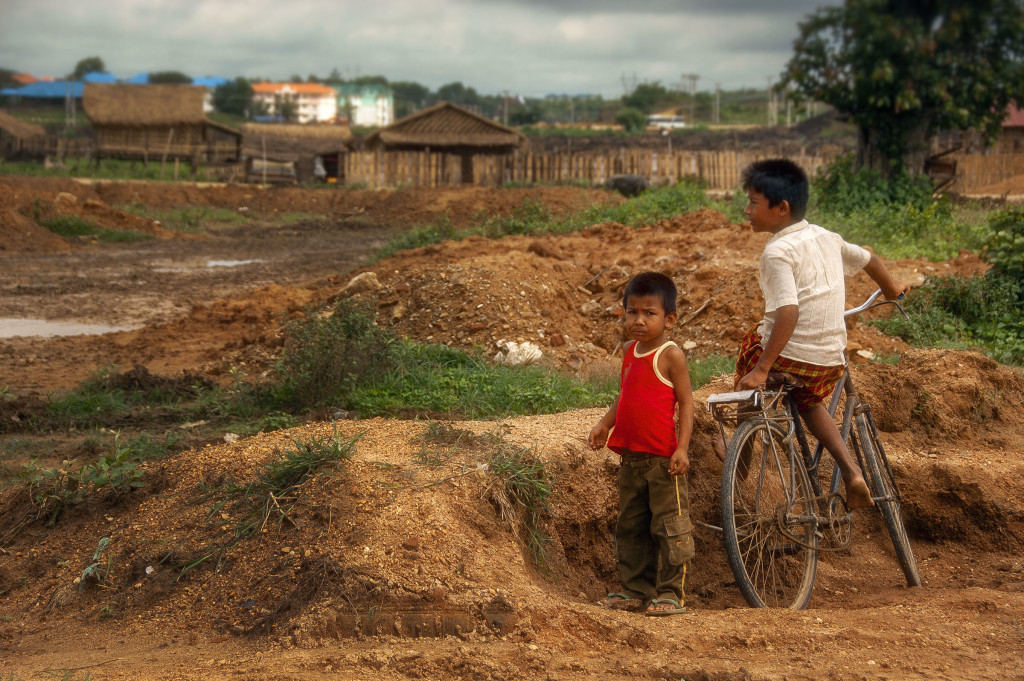 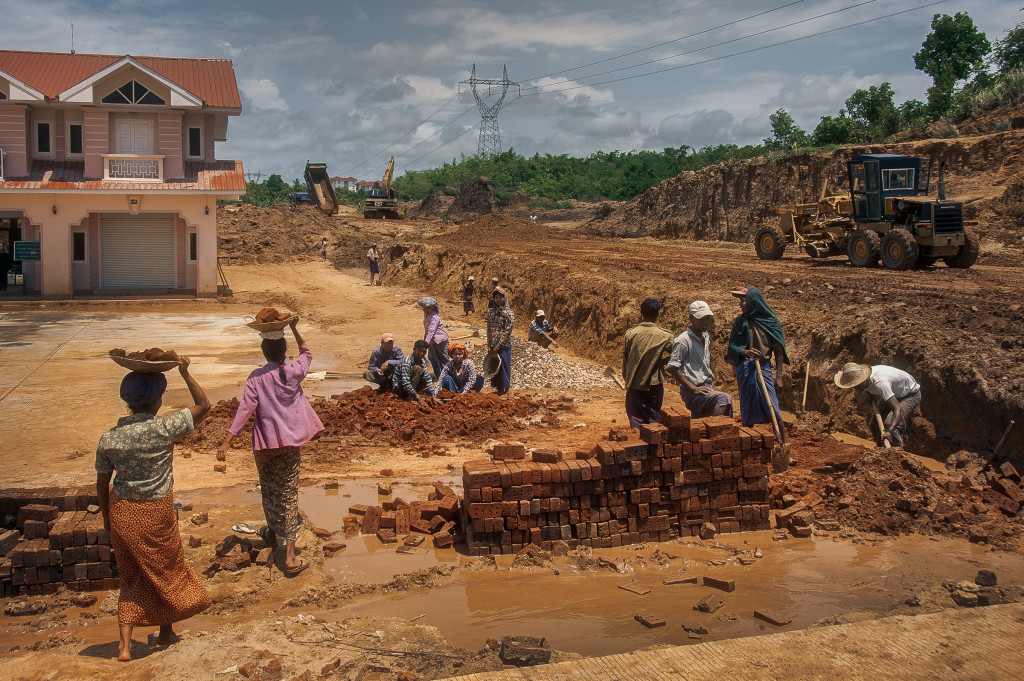 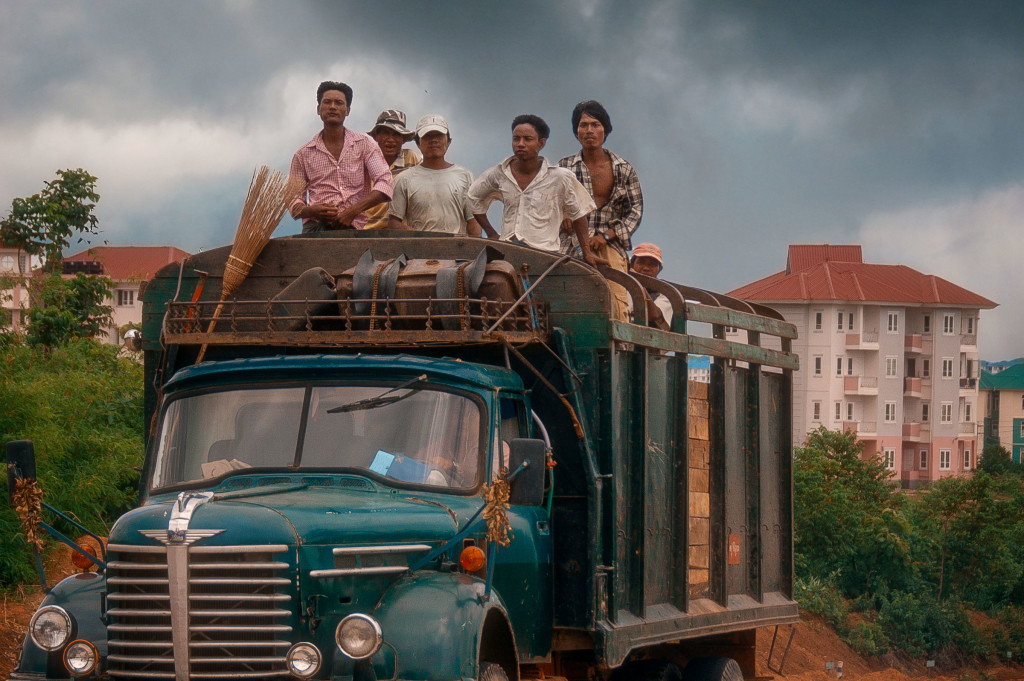 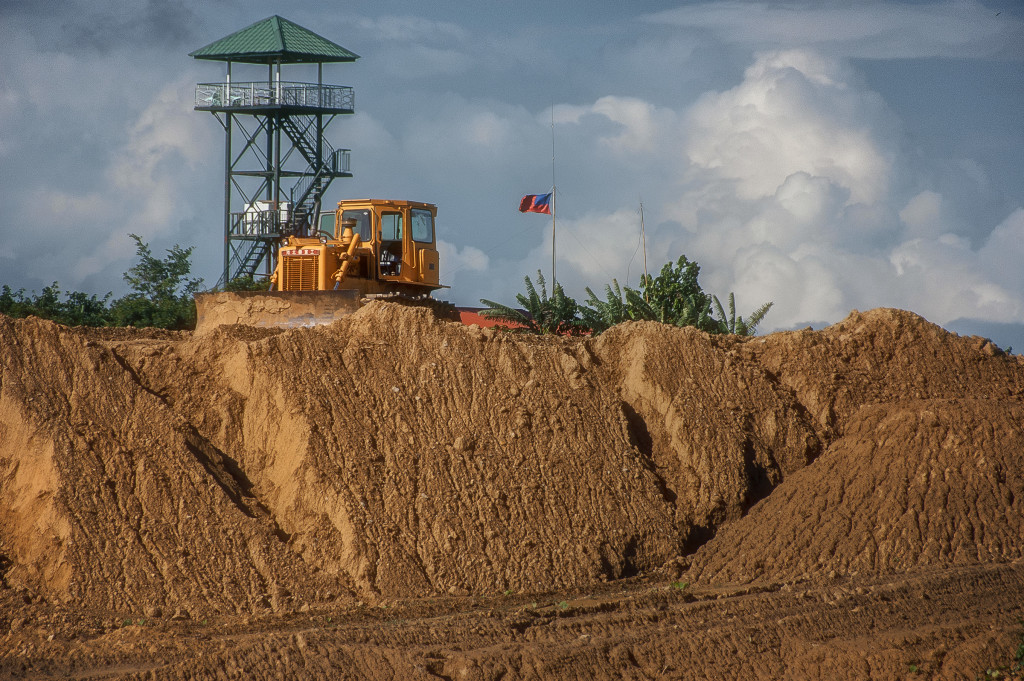 Dozer on a Dune

Walking through the entrance to even the most finished-looking mall reveals another layer of construction. 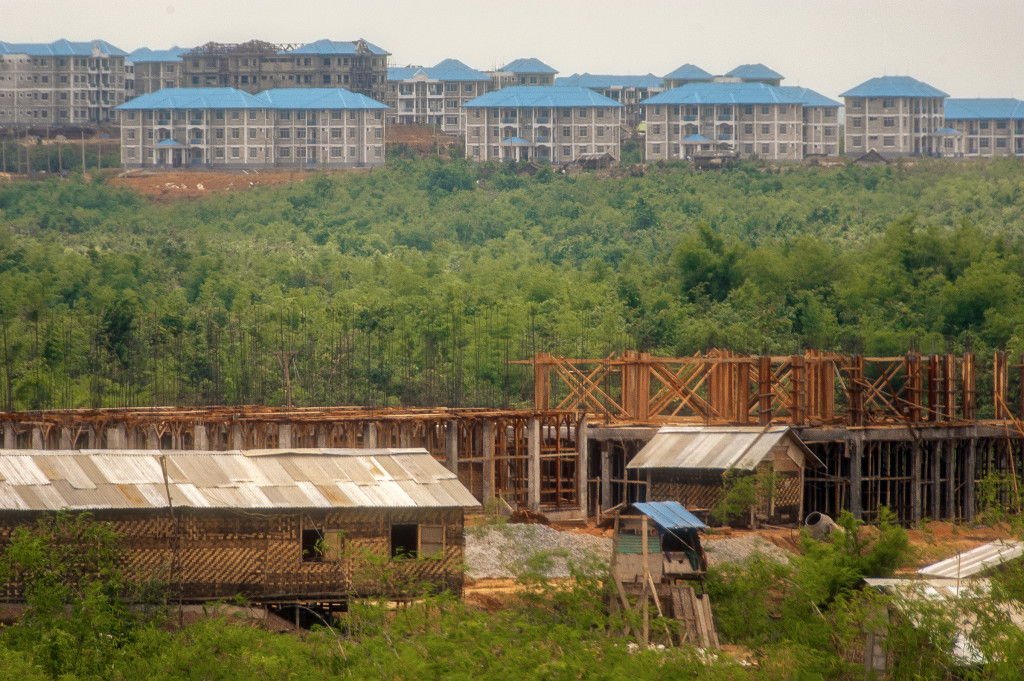 Jungle Terraforming: Although the “official” population figure of one million looks to be some ways off yet, the number of new housing developments in Naypyidaw is staggering. Note the absence of cranes. 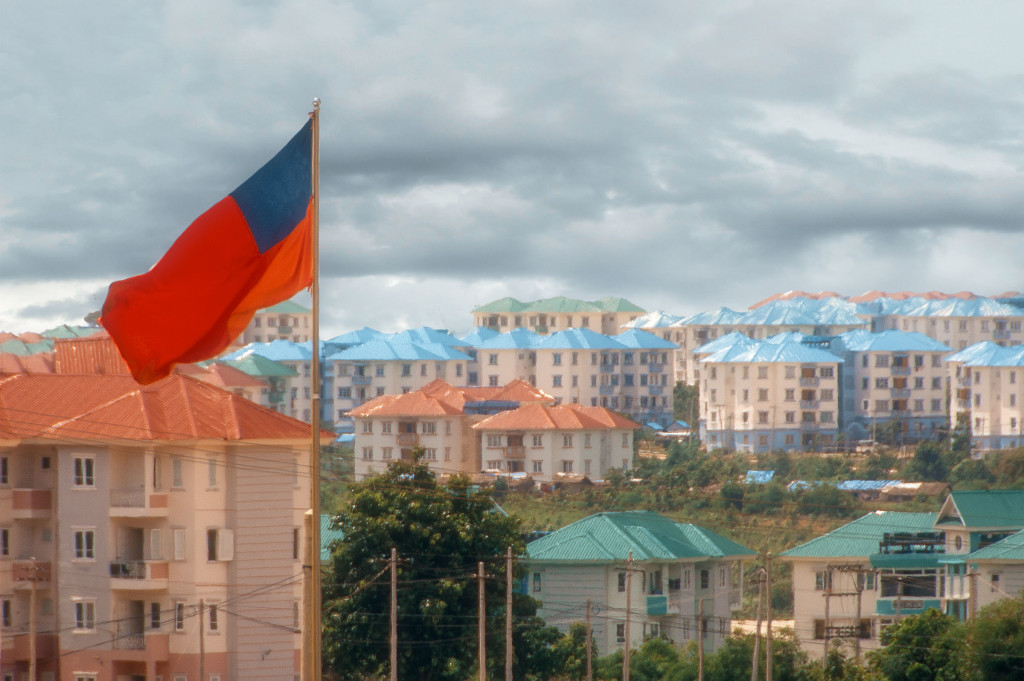 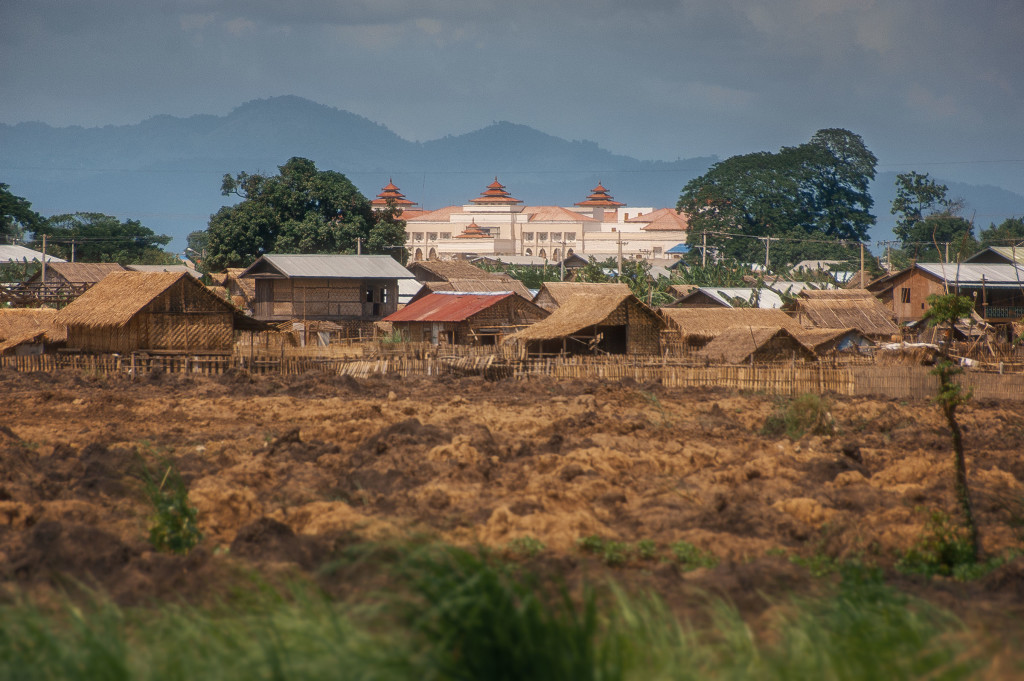 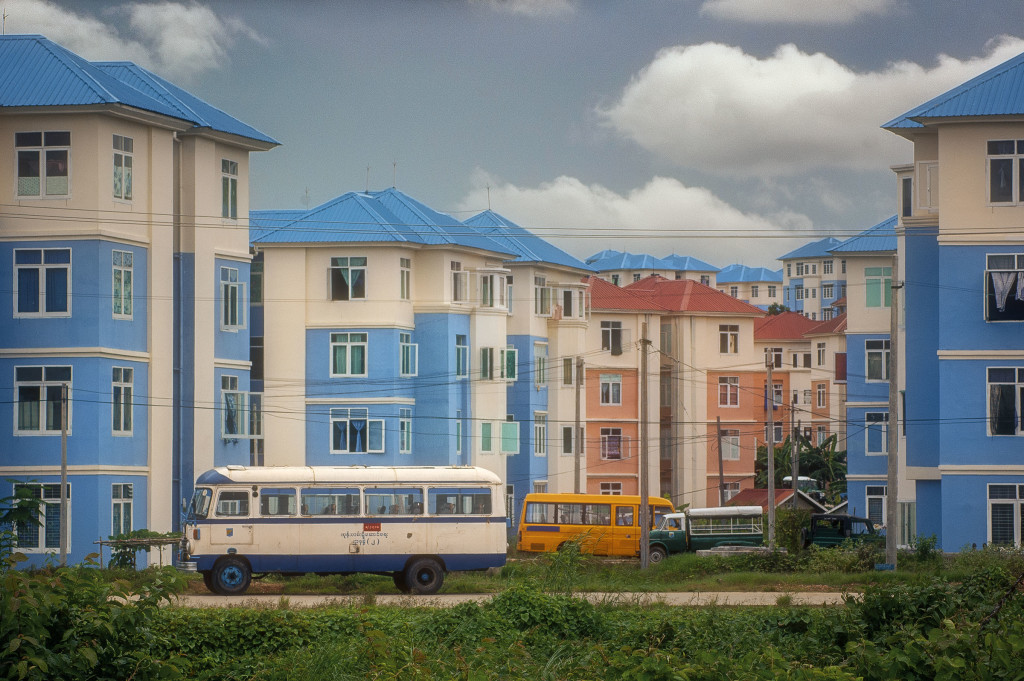 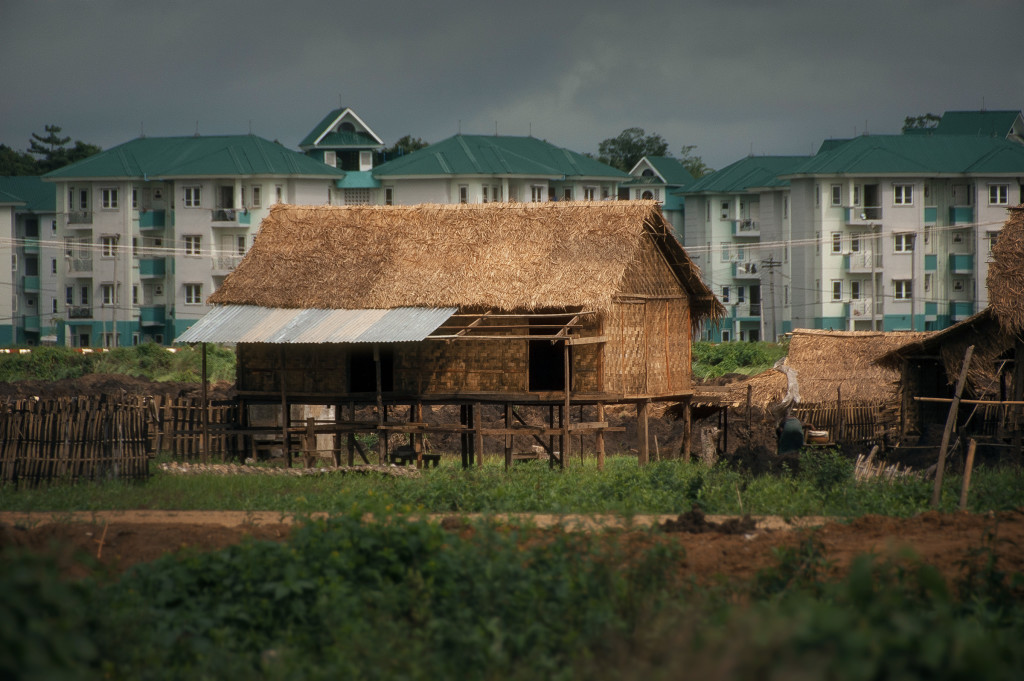 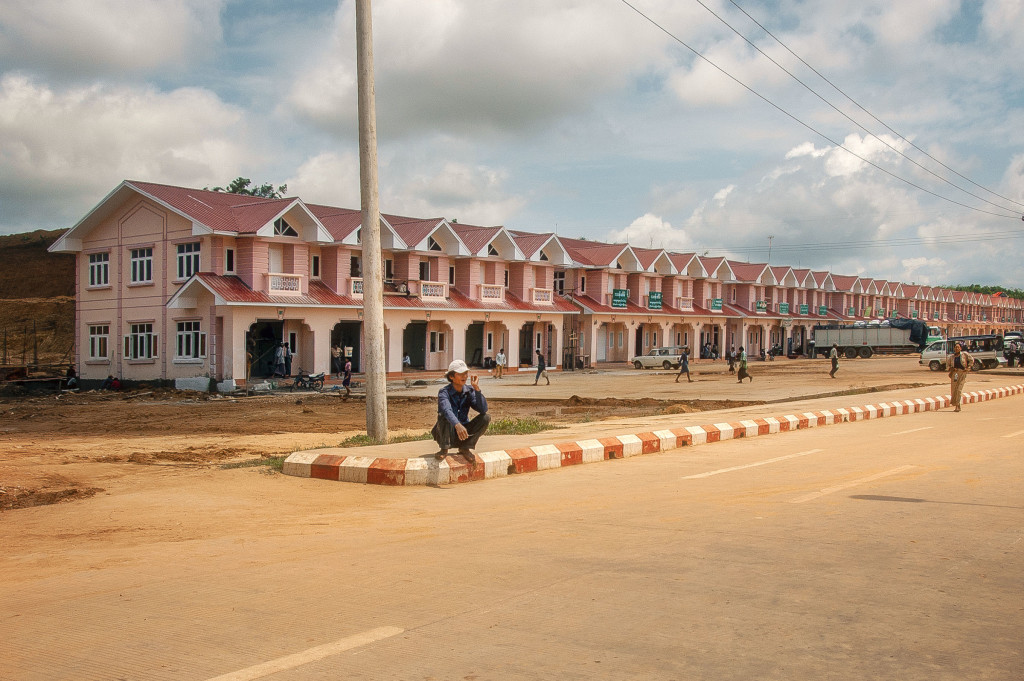 Garage Acres: The design and build quality of the housing looks about on par with American suburbia, which is to say it’s a little shoddy but they’ve done a convincing mimicry. 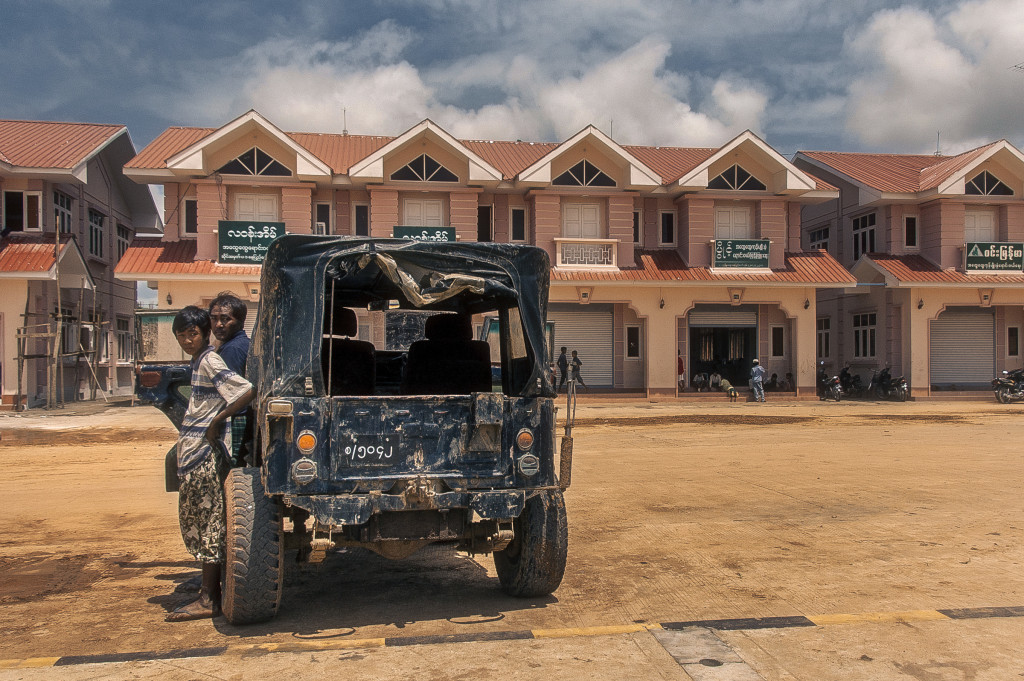 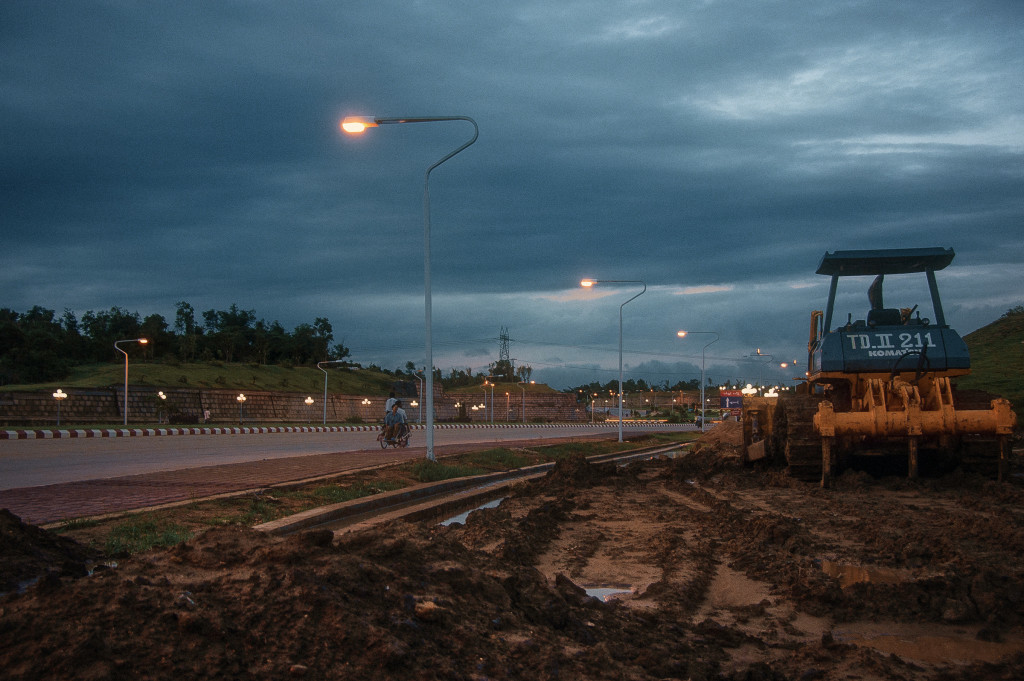 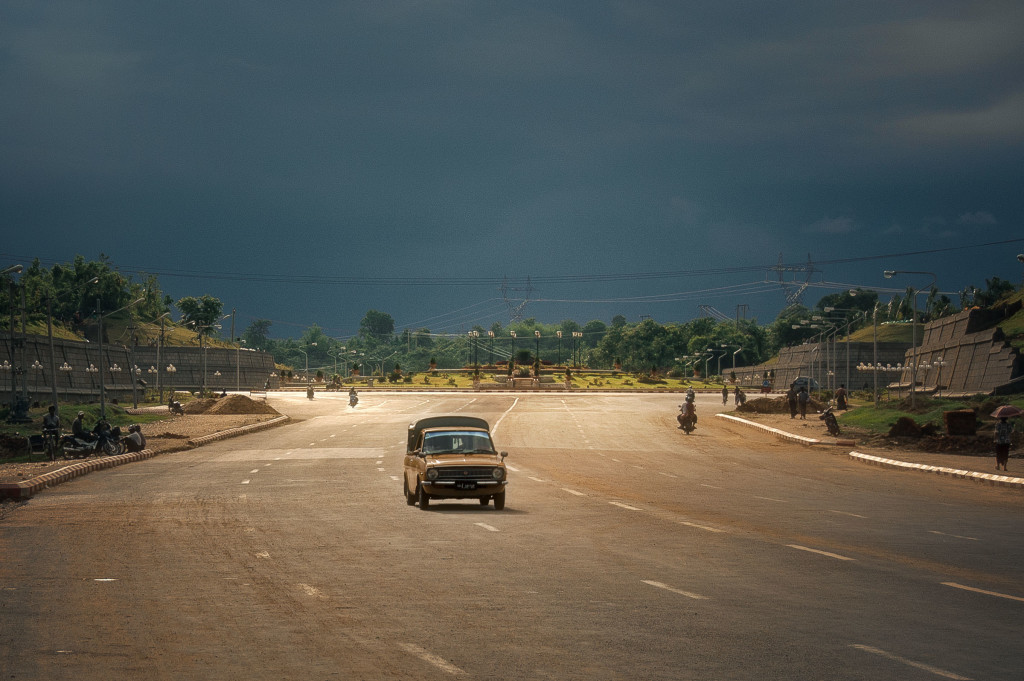 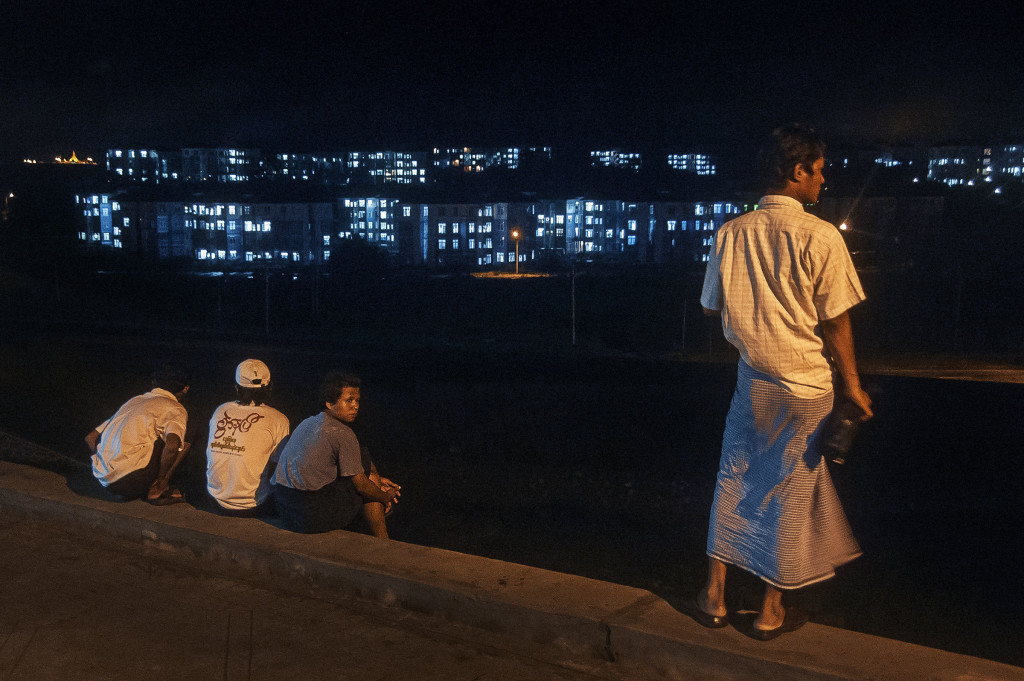 Overlook: Floor staff and kitchen boys look over the city from out the back doors of the restaurant strip. Naypyidaw enjoys a constant supply of electricity while the larger population hubs Rangoon and Mandalay sit in the dark for as many as twelve of every twenty-four hours. 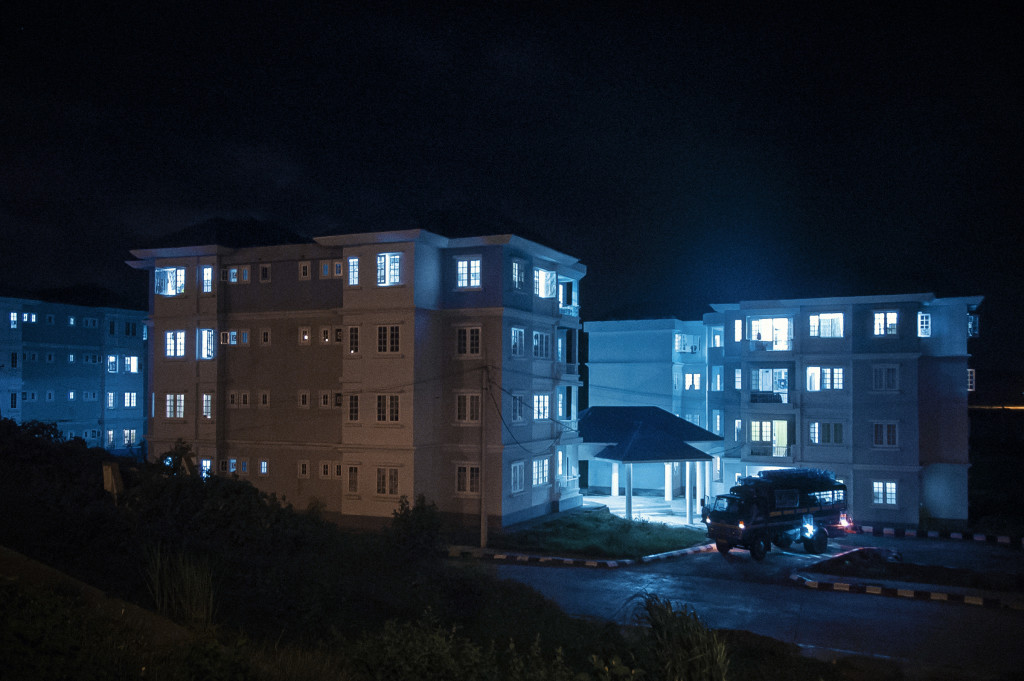 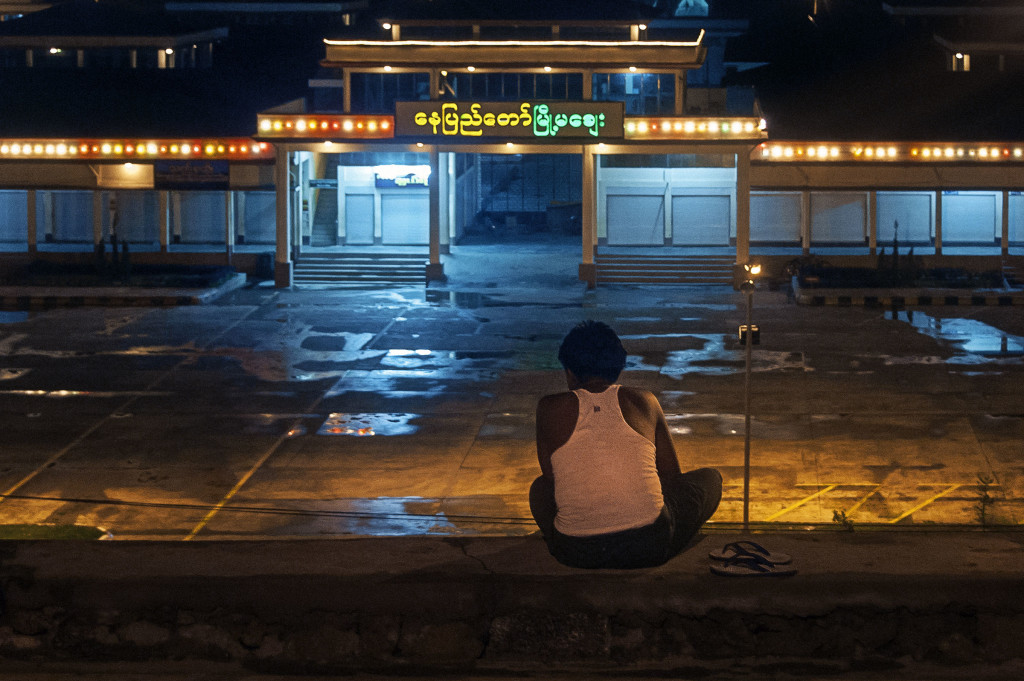 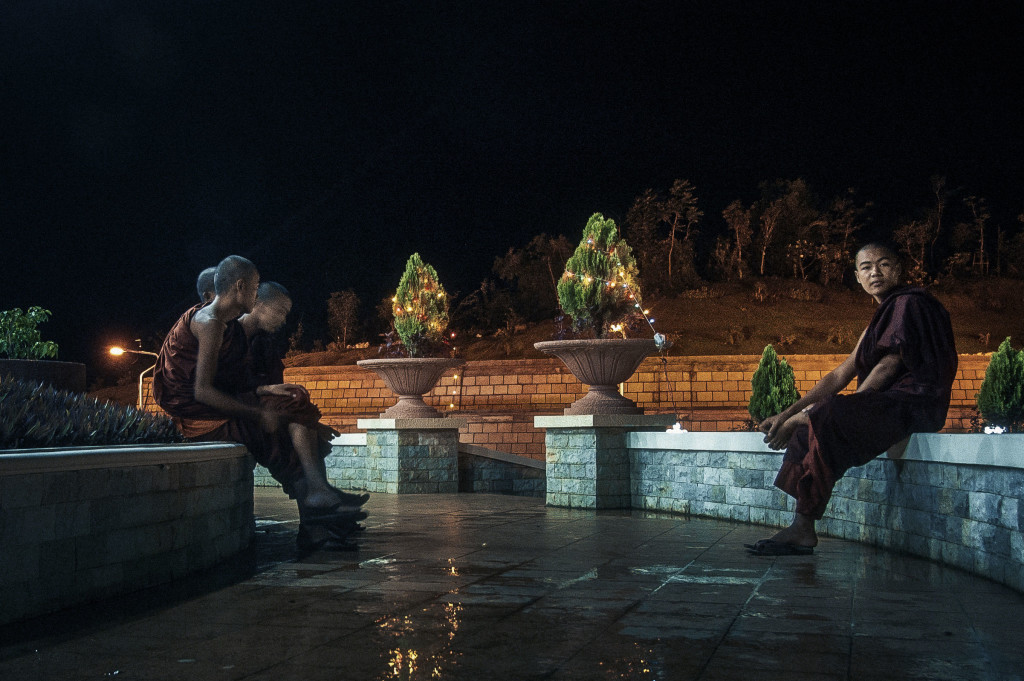 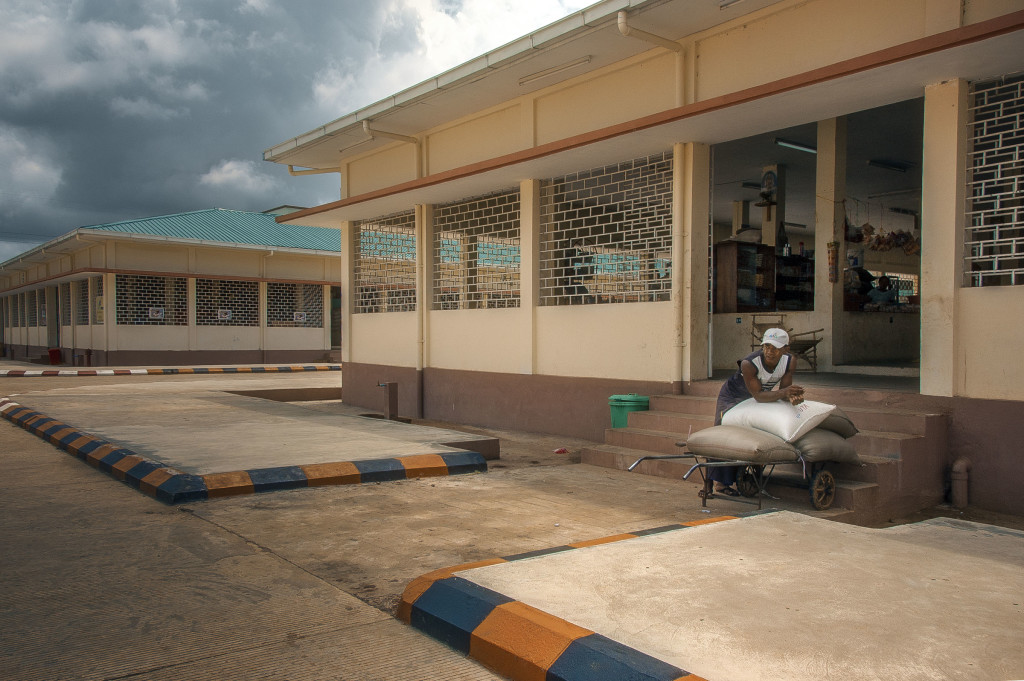 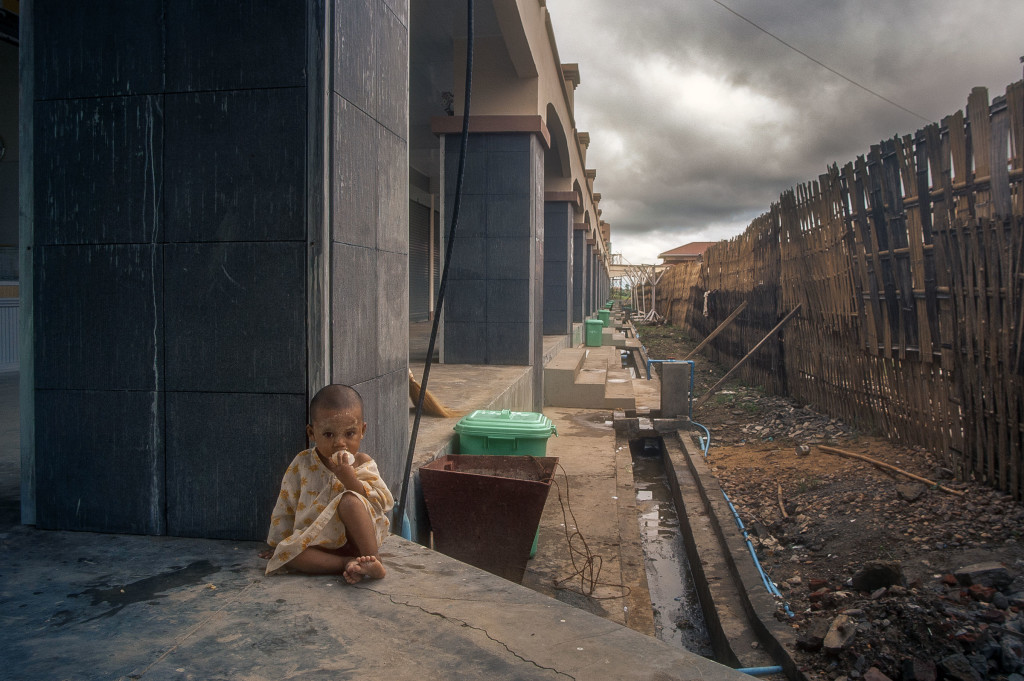 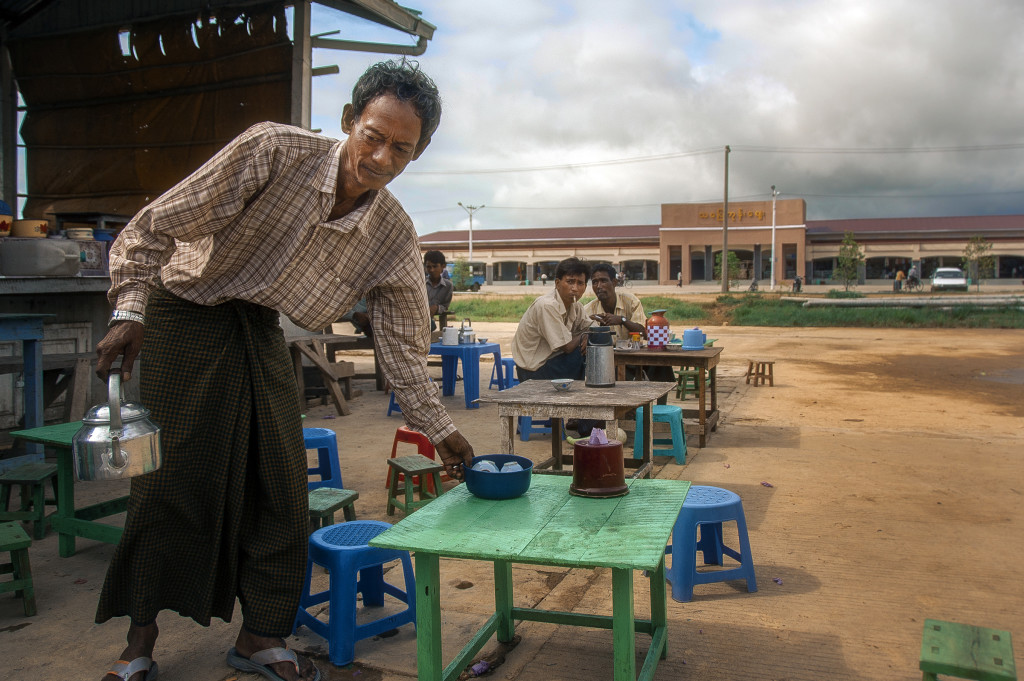 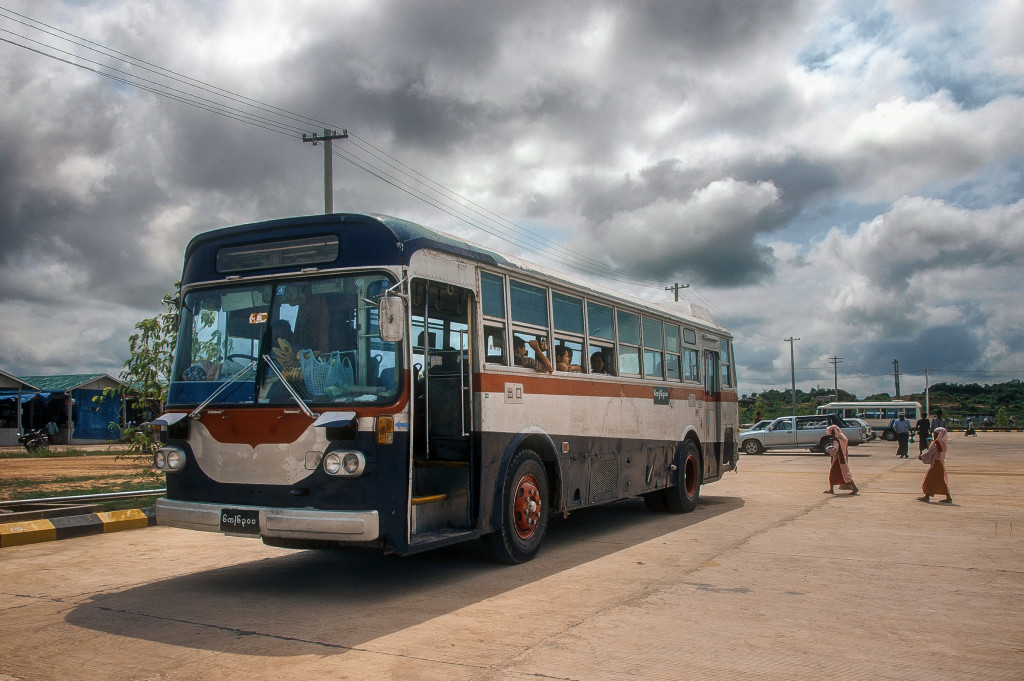 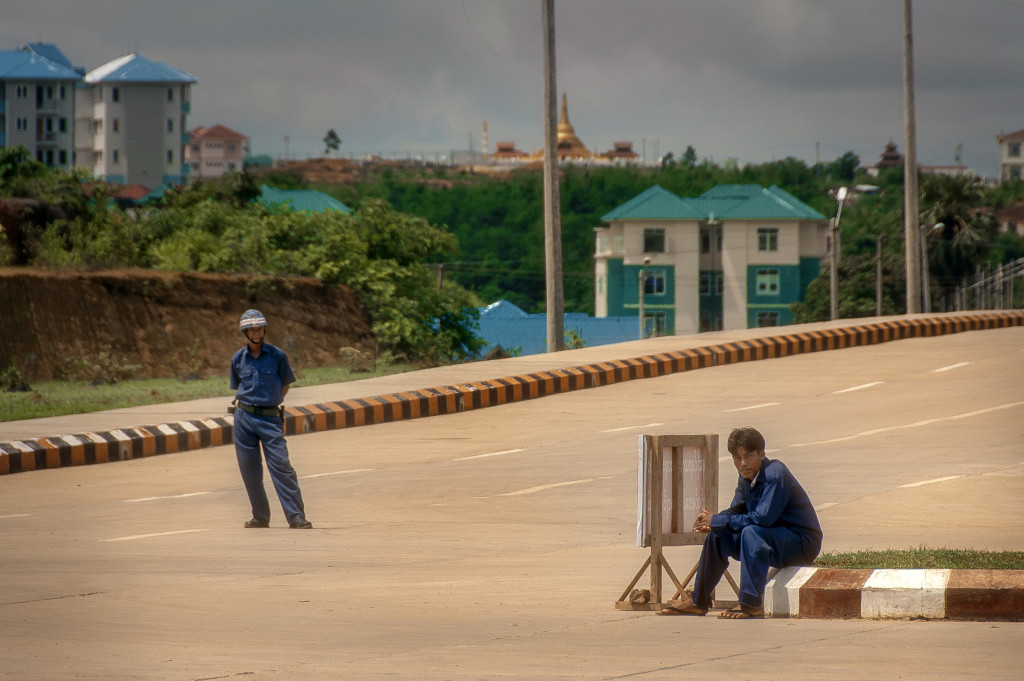 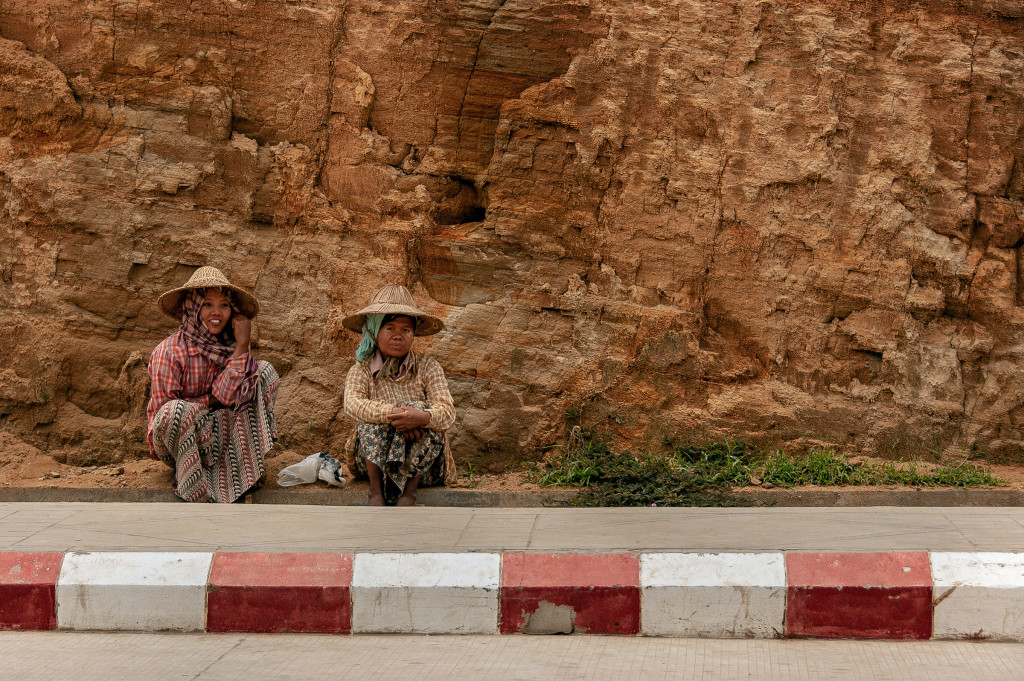 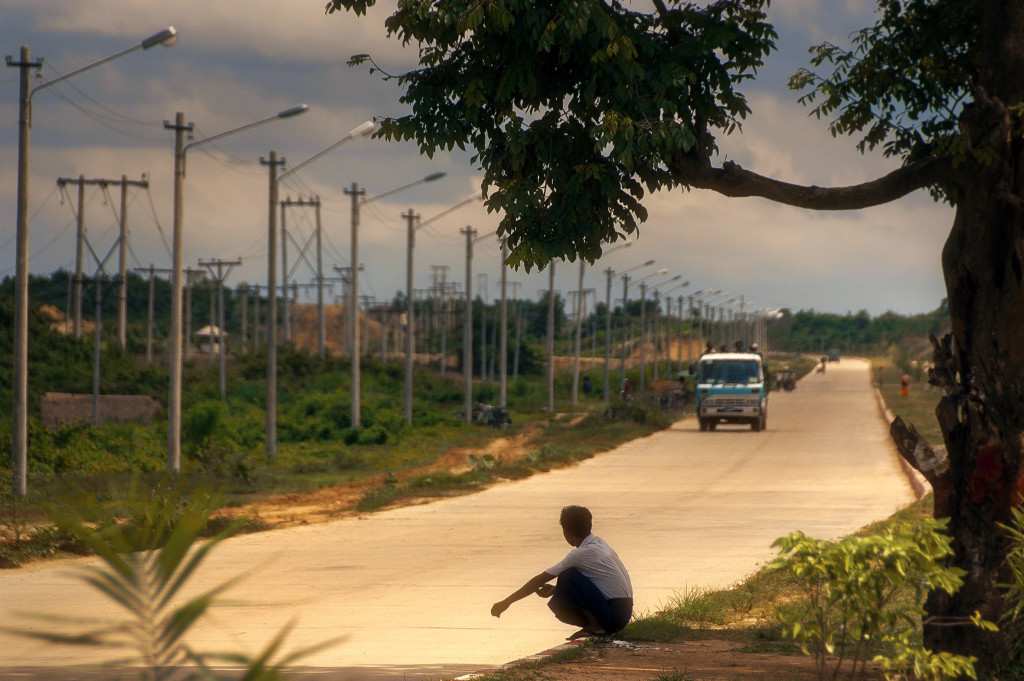 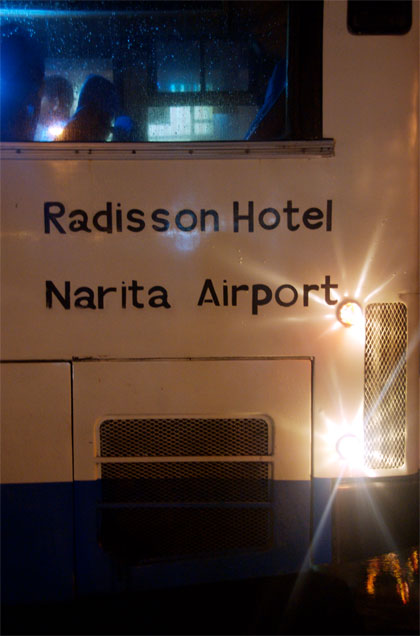 From dinky toys to bathroom fixtures, most consumer goods in Burma are hand-me-downs from nations developing at a faster clip than they are. Even the slick new capital wasn’t spared: one paint job ago this city bus served the Narita (Tokyo) Airport. 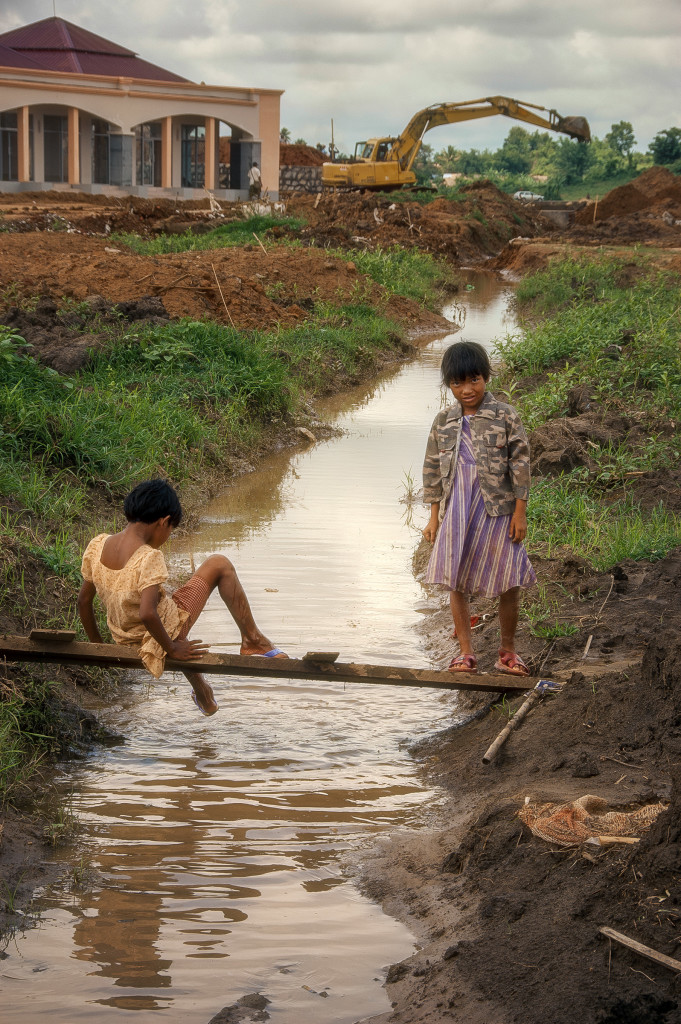 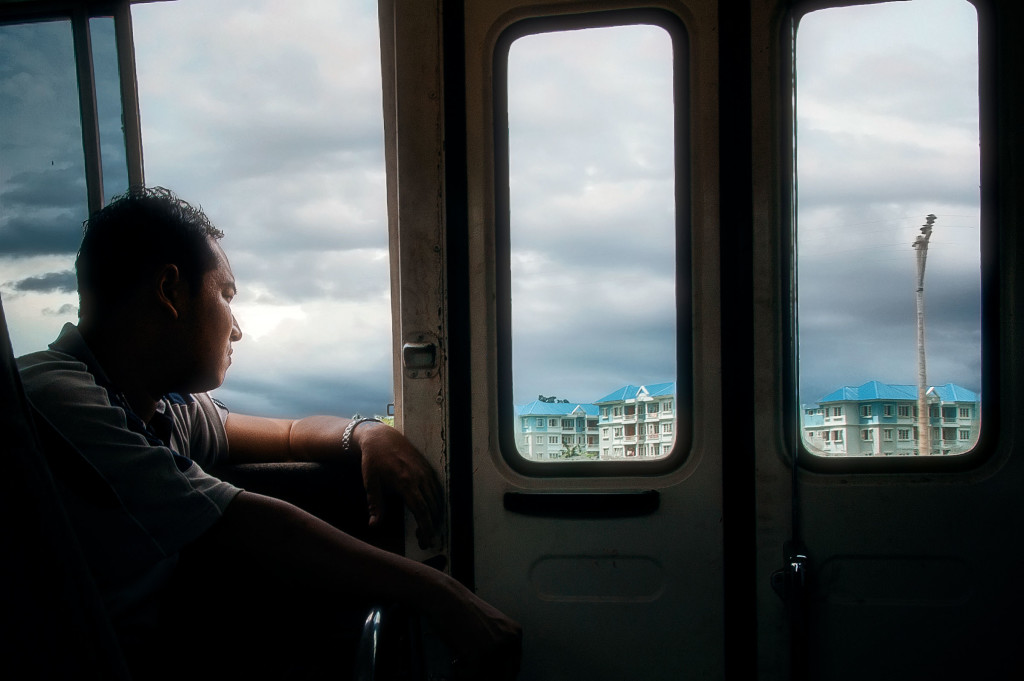 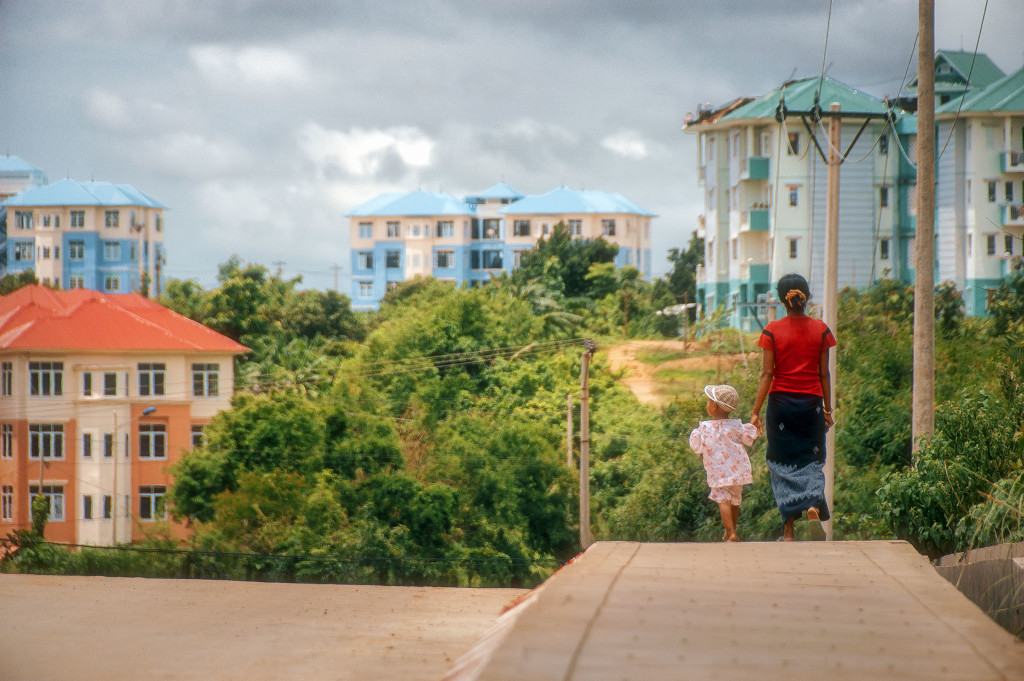