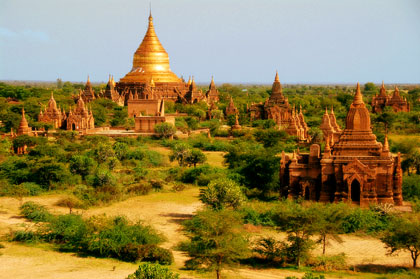 800-year old temples dot the landscape at Bagan, in the parched plains of central Burma. An intriguing hybrid of Hindu and Buddhist imagery, and the westernmost point of the massive Angkor kingdom that once swept across much of southeast Asia, the temples of Bagan are deservedly Burma’s largest draw card for visitors. Estimates put over 3000 temples in a 42-square kilometre area, some of them restored multilevel palaces, used by locals for worship or shelter from the midday sun, others, crumbling ruins entered only with the help of a keymaster (often a farmer whose land the temple sits on.) 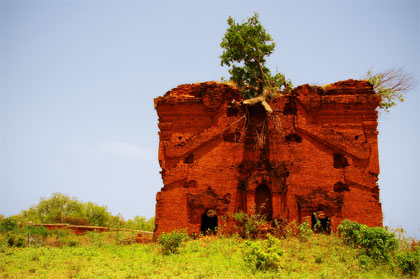 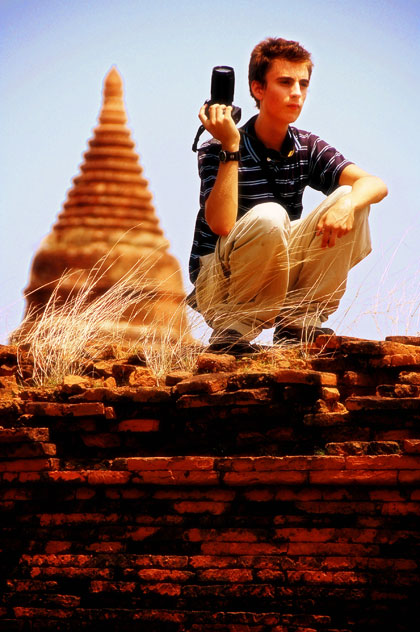 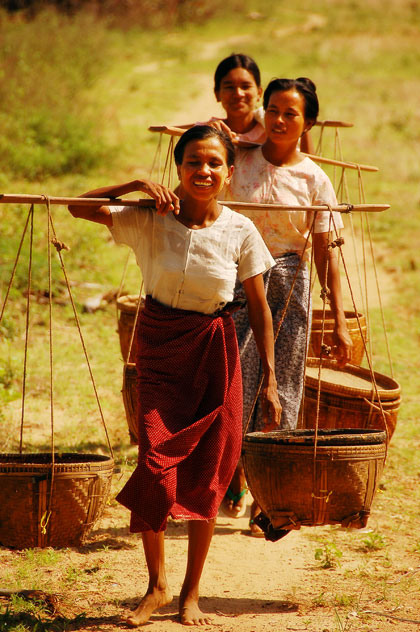 We intercept three Burmese women on their way to market… 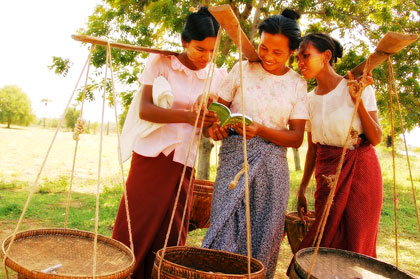 …and take a stab at conversation with the help of a translation dictionary. 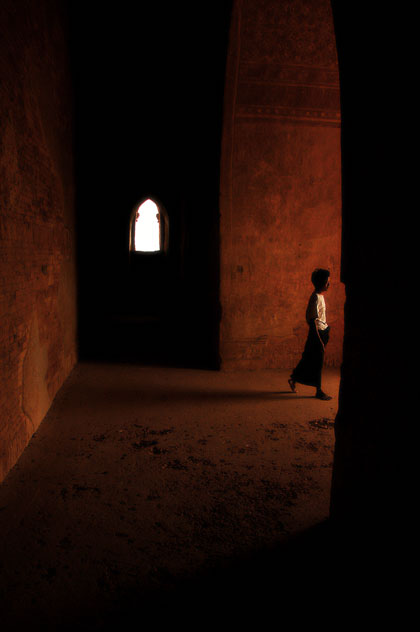 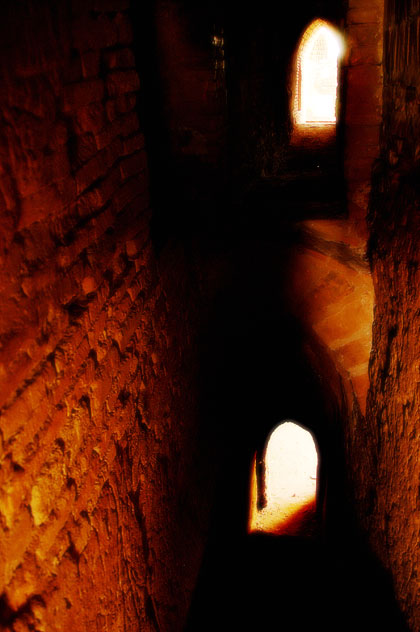 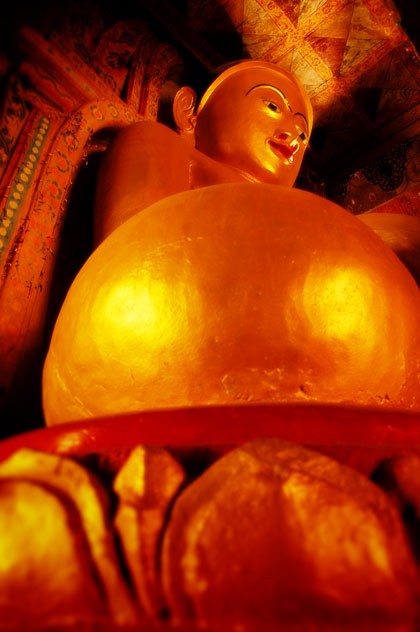 Giant Buddhas adorn the insides of most, if not all, of the temples. Many were rebuilt using plaster and paint following the devastating 1975 earthquake. 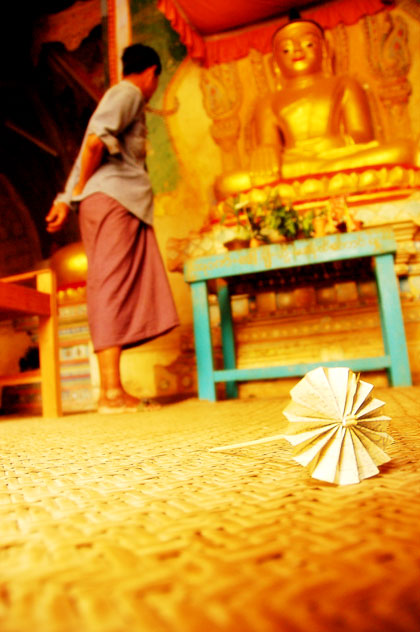 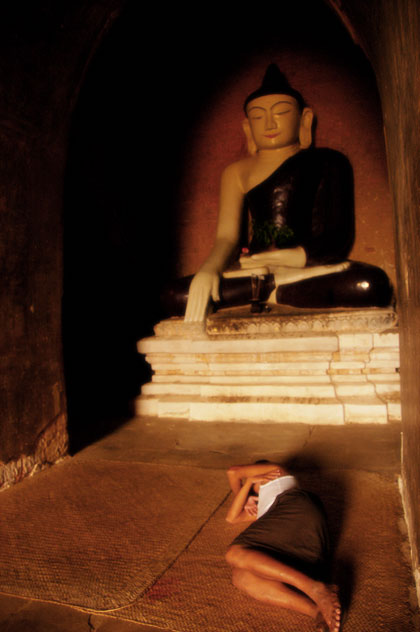 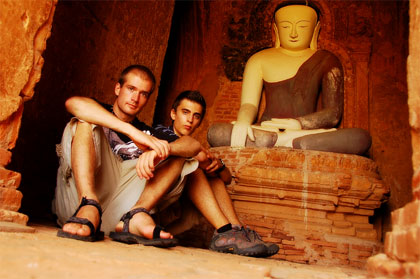 Buddha watches us watch you. 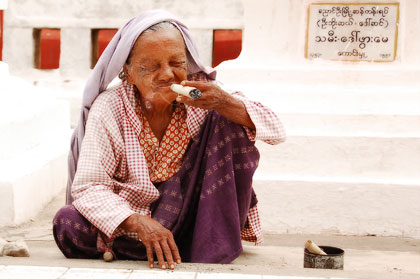 A blind woman puffs on a locally-made cigar. 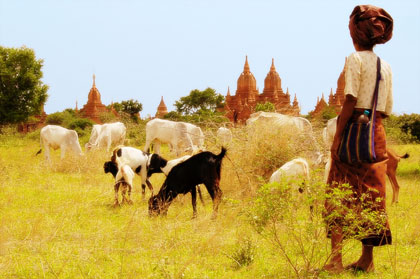 Tending to the herd. 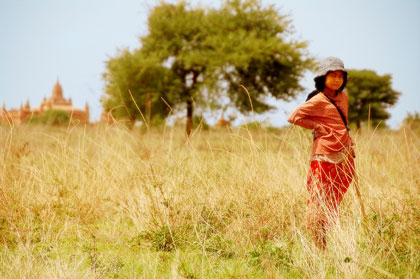 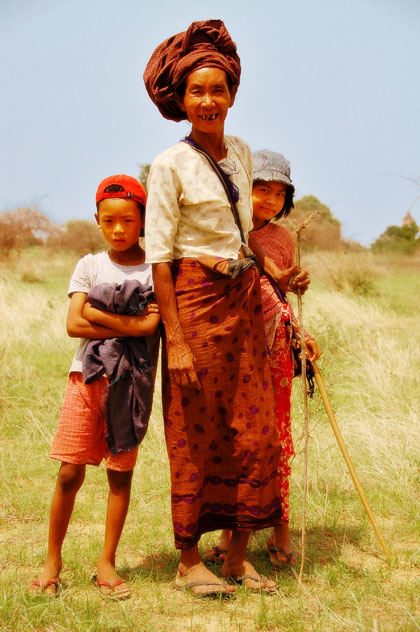 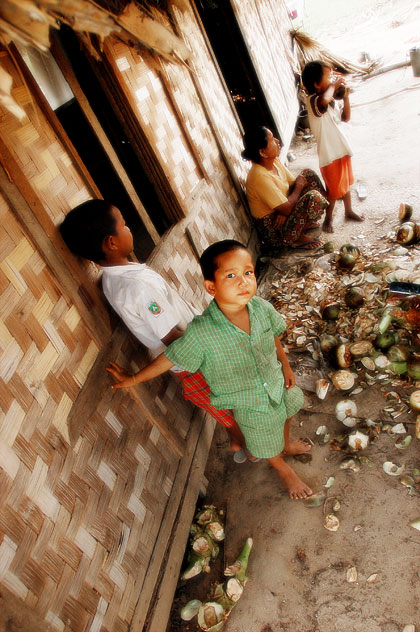 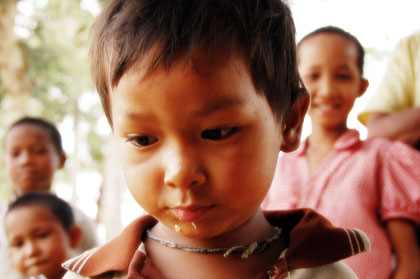 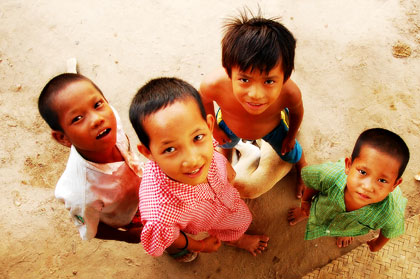 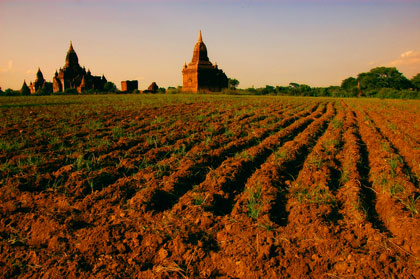 Crops line the way to two temples at sunset. 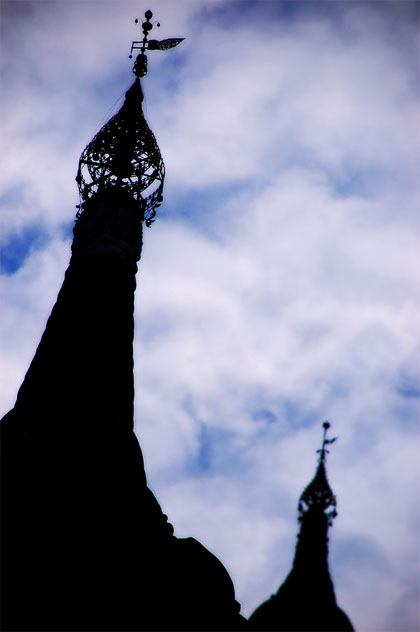 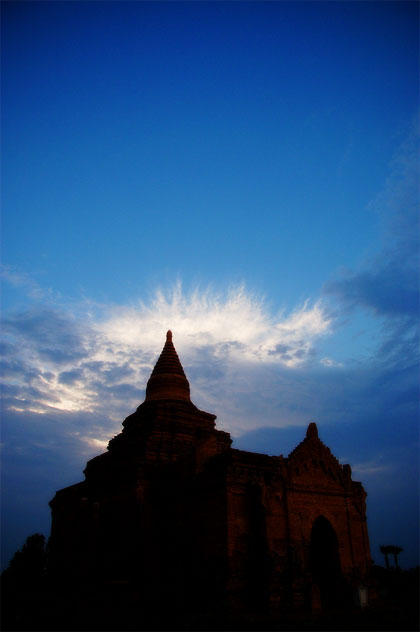 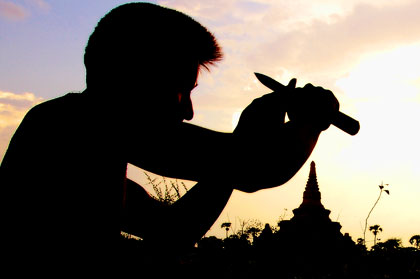 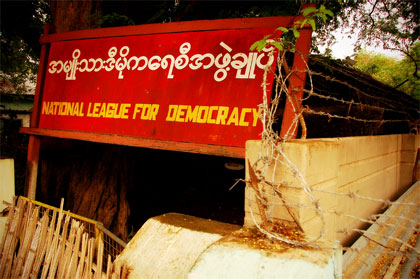 Fences and cobwebs ring the headquarters of the Bagan division of the National League for Democracy, a popular progressive political party prevented by the military government from taking office in 1990 despite winning the elections by an overwhelming margin. The party was crippled in the violent aftermath and its leader — Nobel laureate Aung San Suu Kyi — put under a house arrest that lasts to this day. She was due for release on May 27 but her sentence was extended by another year, prompting a rare protest rally in a nation where the slightest outcry usually gets quashed with forced labour or a prison sentence.