This entry, the second of three in the series, dates from our overnight trip upcountry to Bagan last Monday, when sixteen hours in the bus became twenty-four after a road became a river and we found ourselves stranded in the heart of mosquito country… 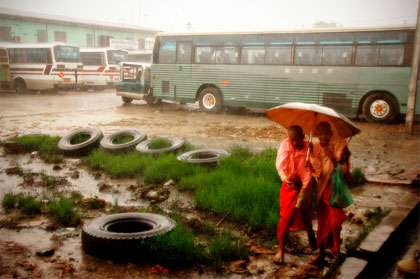 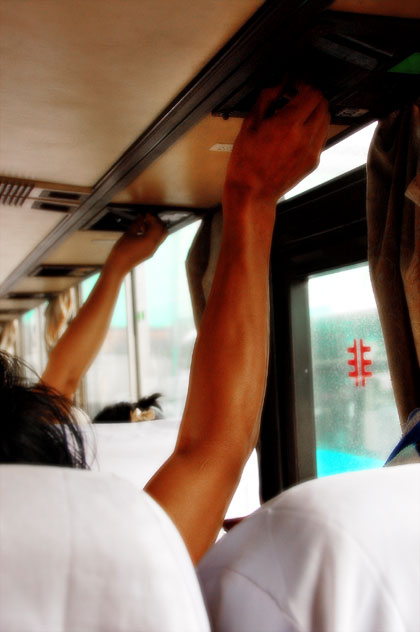 Hands shoot up to feel for the longed-for air conditioning. To conserve strictly-rationed gasoline many drivers will keep the AC on the lowest setting or keep it off altogether, despite charging between 20-40% more for air-con buses. And with daytime highs averaging 44 degrees celsius in the days since we arrived, it’s a luxury difficult to live without. 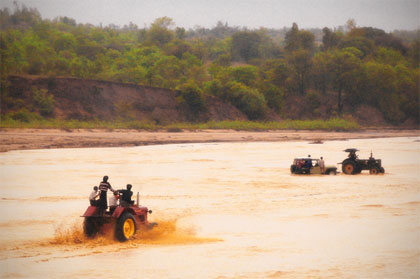 Our bus stopped at 3am without warning or explanation. As the sun rose and we groggily stumbled outside and through the freak bus jam that had built up along this country road we discovered the true reason why. Here, two big-wheeled tractors attempt to rescue a stranded jeep from the raging highway waters. 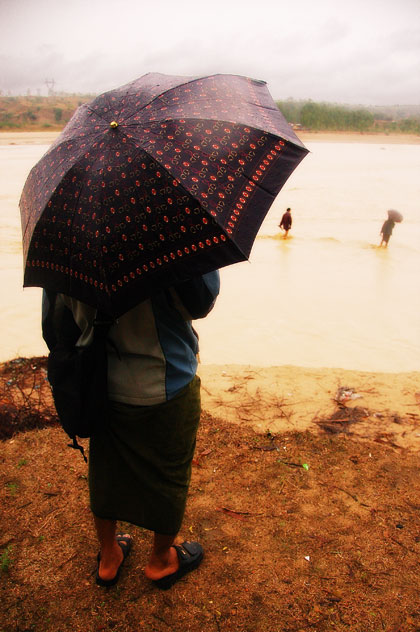 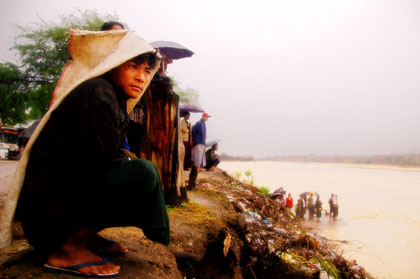 Locals watch the action unfold from the headlands. 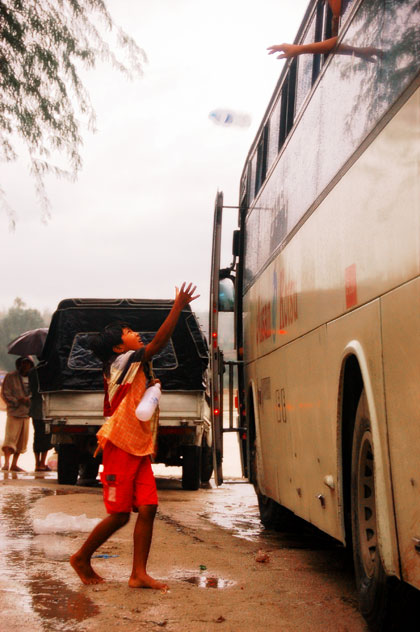 An unseen passenger tosses an empty water bottle to an enterprising local kid. 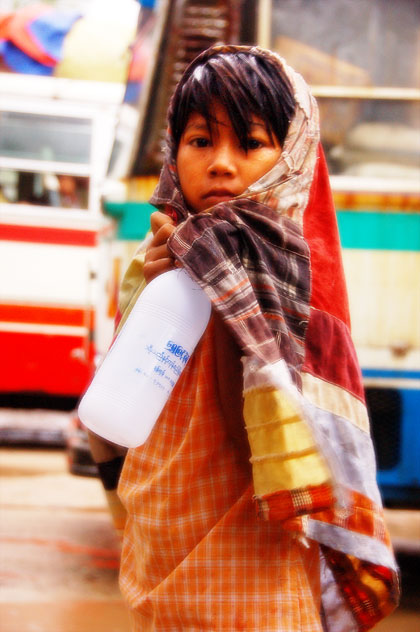 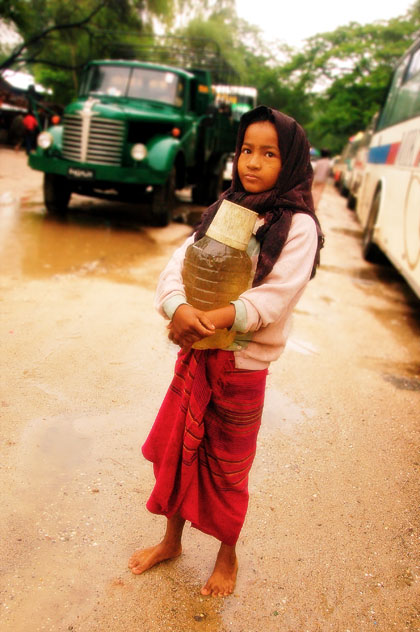 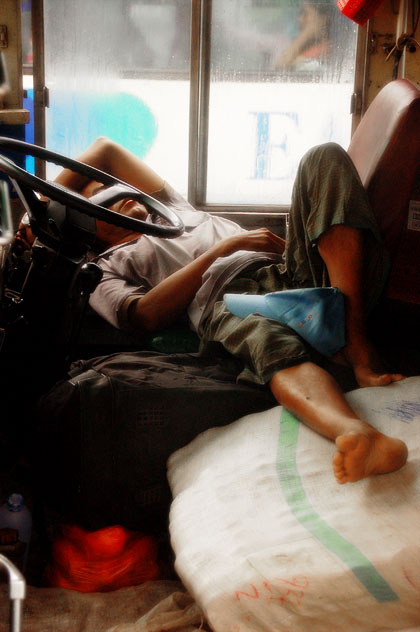 Weary after a night at the wheel, a bus driver seizes an opportunity to catch some winks. 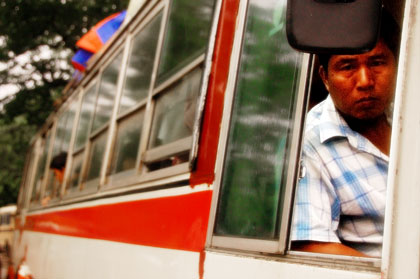 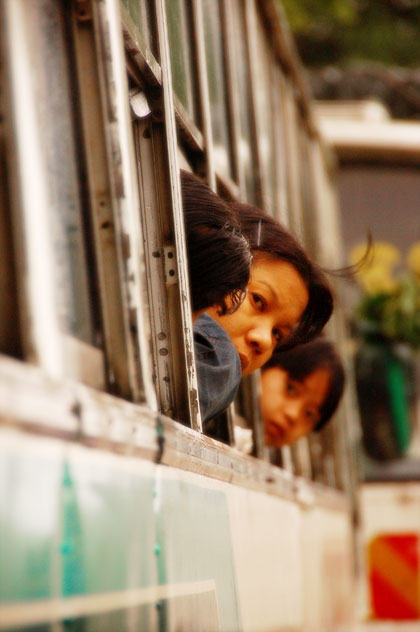 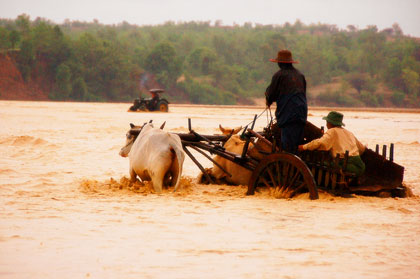 Back at highway level the waters keep building. 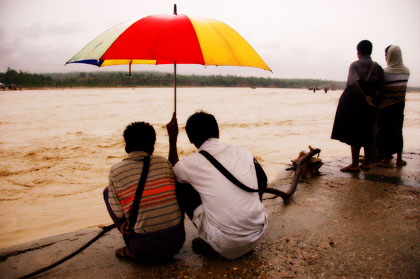 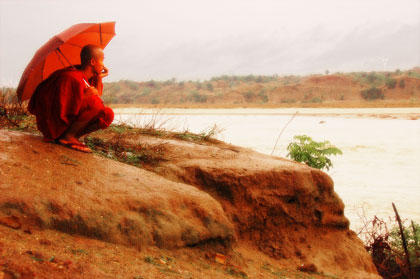