Twenty-two angles on six provinces of North Korea seen by road and rail. 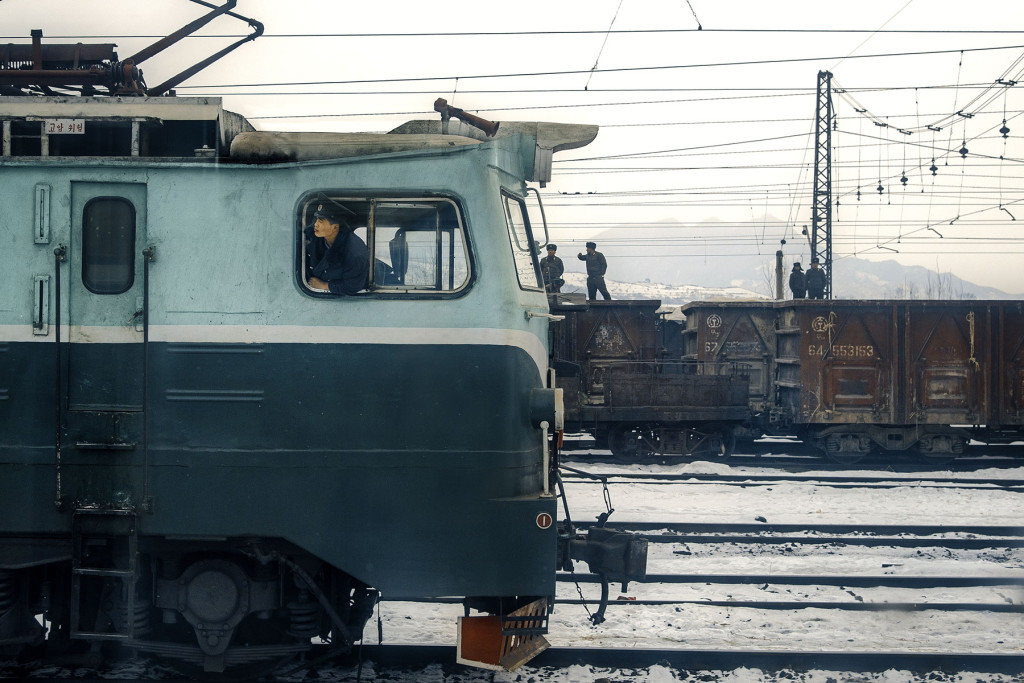 Shoulder Check: Rail traffic at a siding in rural North Hamgyong province. Electrification has been underway on North Korea’s railways since the 1950s, but chronic power shortages in the isolated nation can add hours to even a short journey. 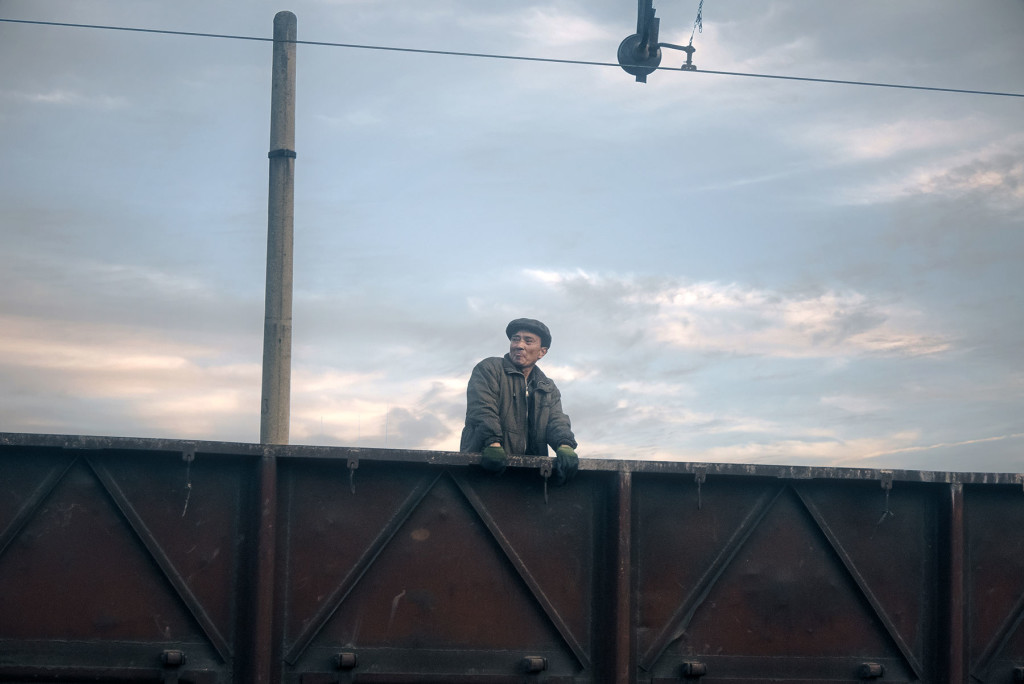 Steel: A man peers out of a coal hopper on the rails north of Hamhung. 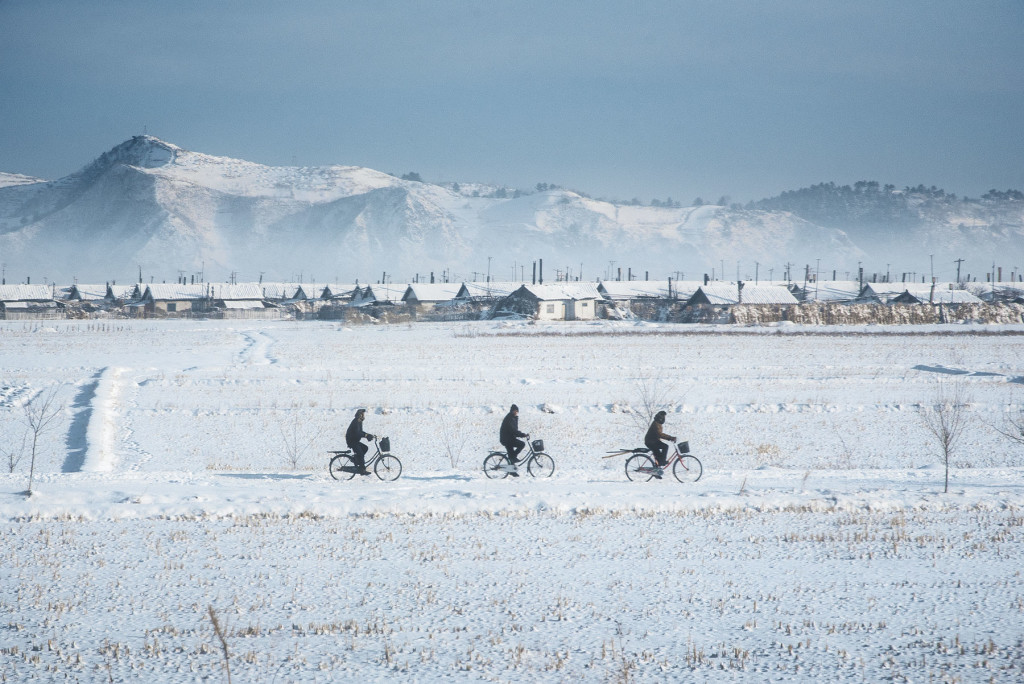 Six Wheel Drive: Villagers ride through the North Korean countryside near the Russian border in North Hamyong province as a coal-fired haze rises from the village behind them. 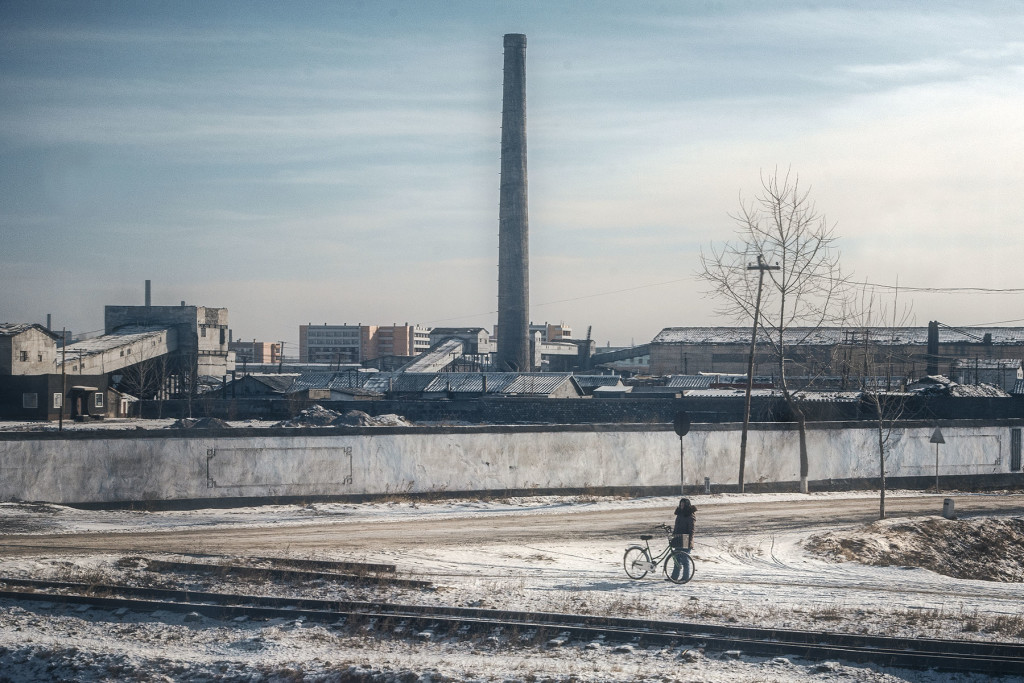 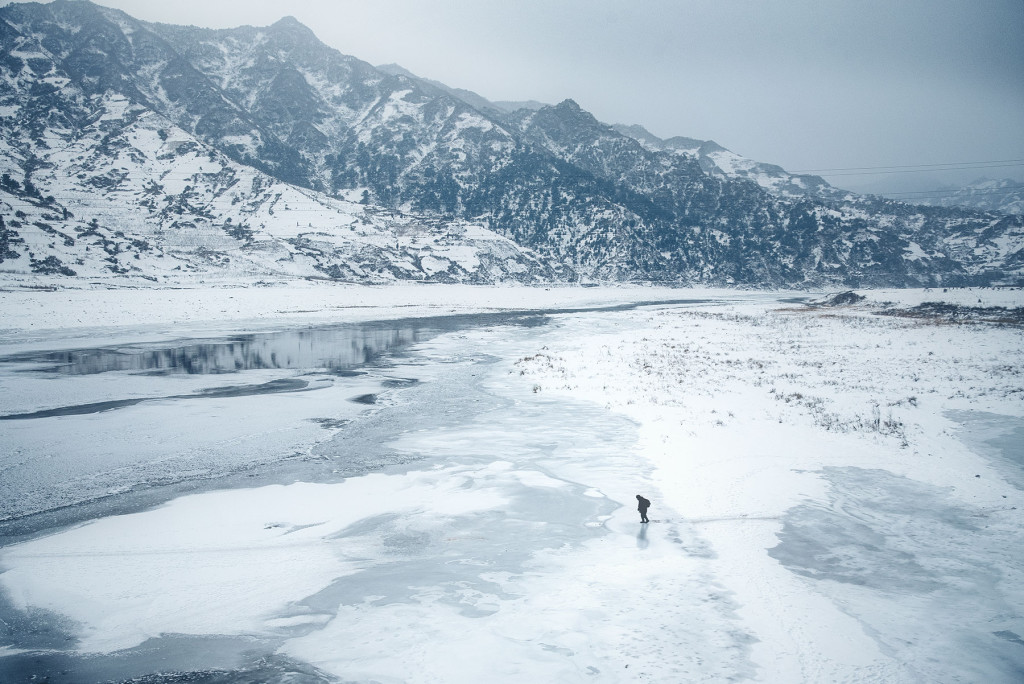 A Perilous Crossing: An ice crust forms over a meandering river in the mountains north of Hamhhung during a December cold snap. 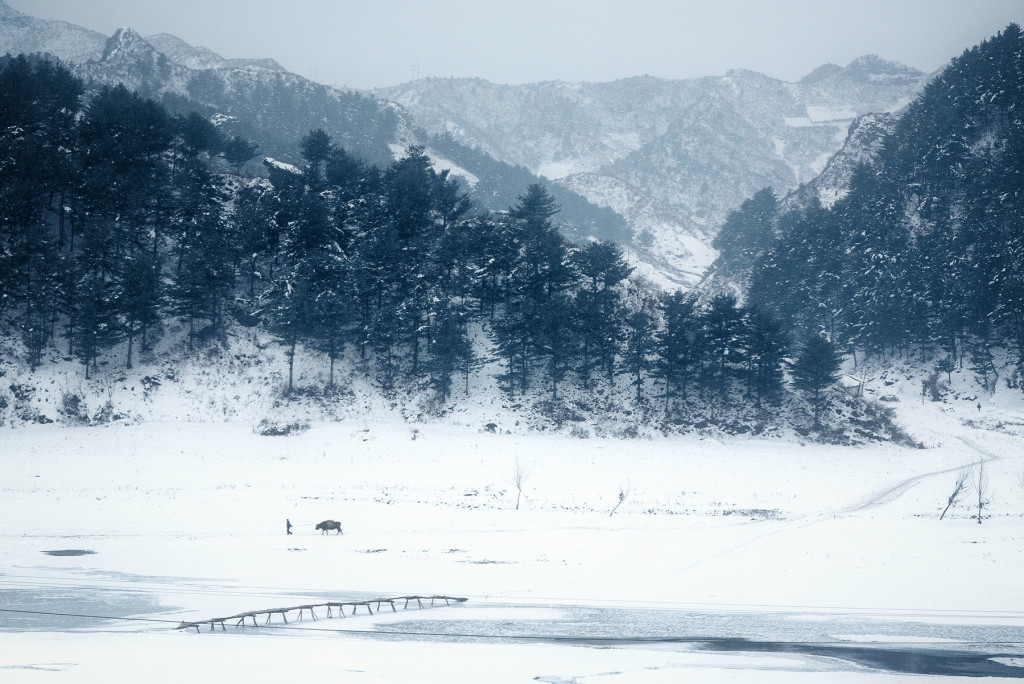 The Arduous March: A man leads his ox along a track through a mountain pass in remote South Hamgyong province. 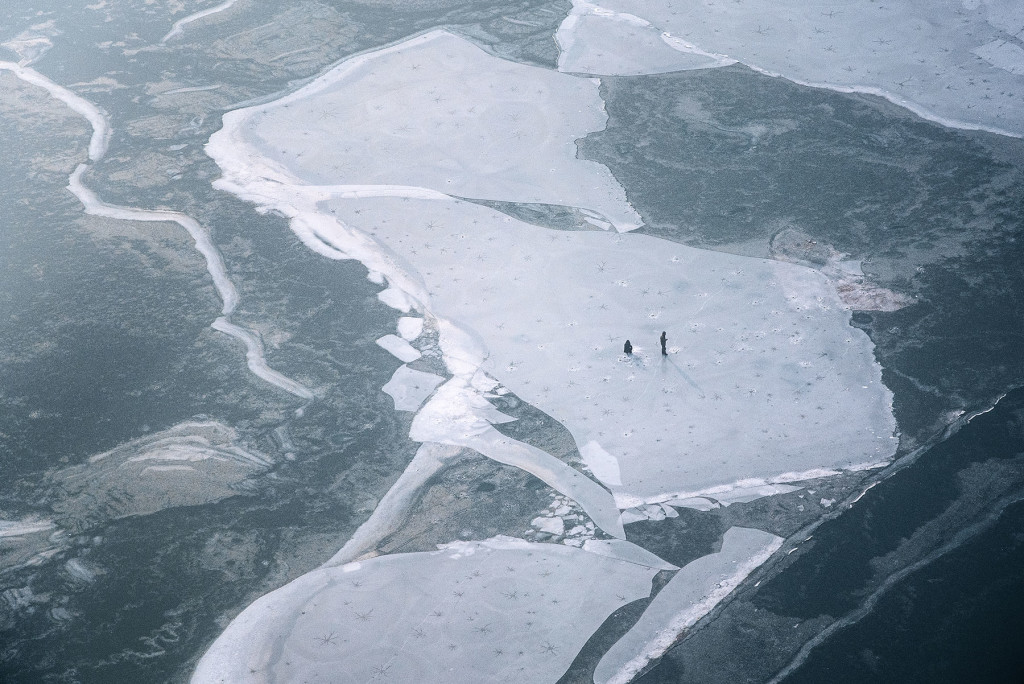 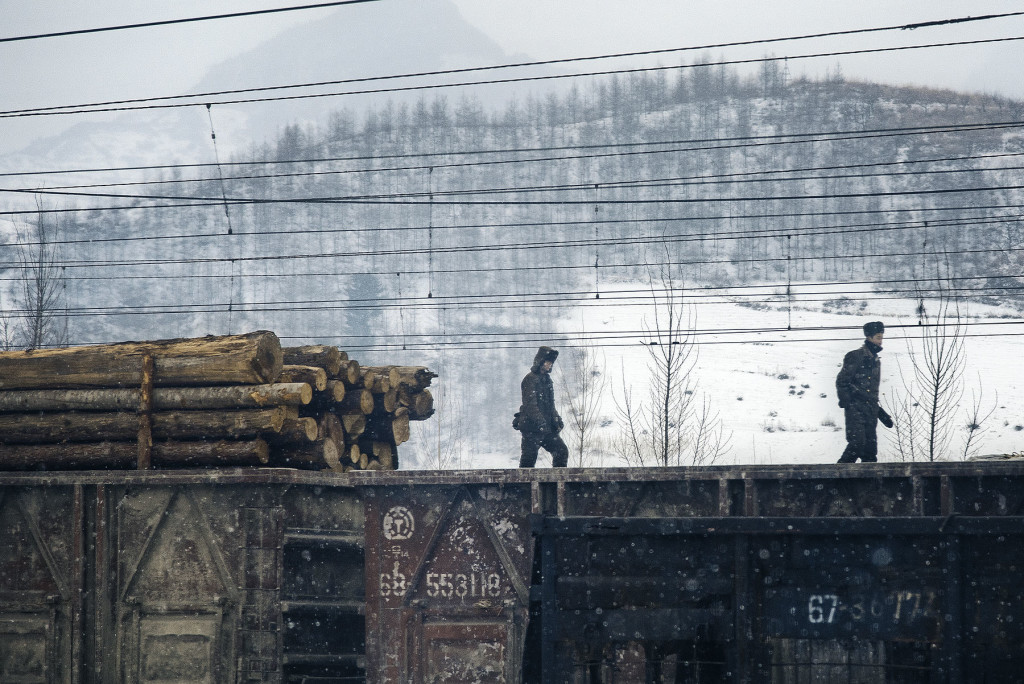 Timber Wolves: Soldiers walk the length of a freight train in a snowstorm in rural South Hamgyong province. 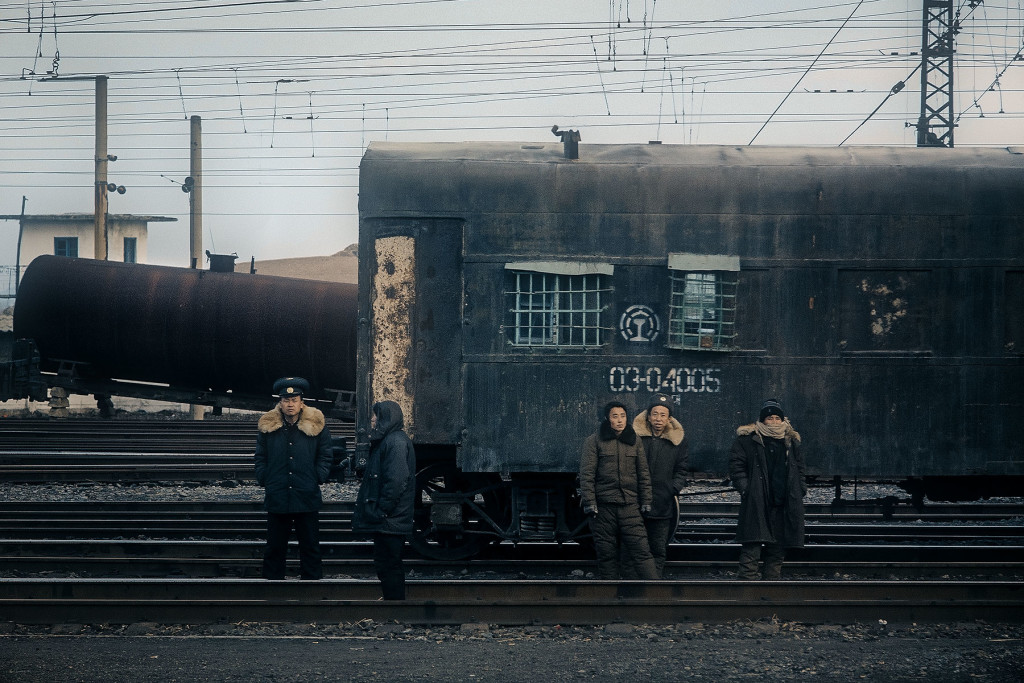 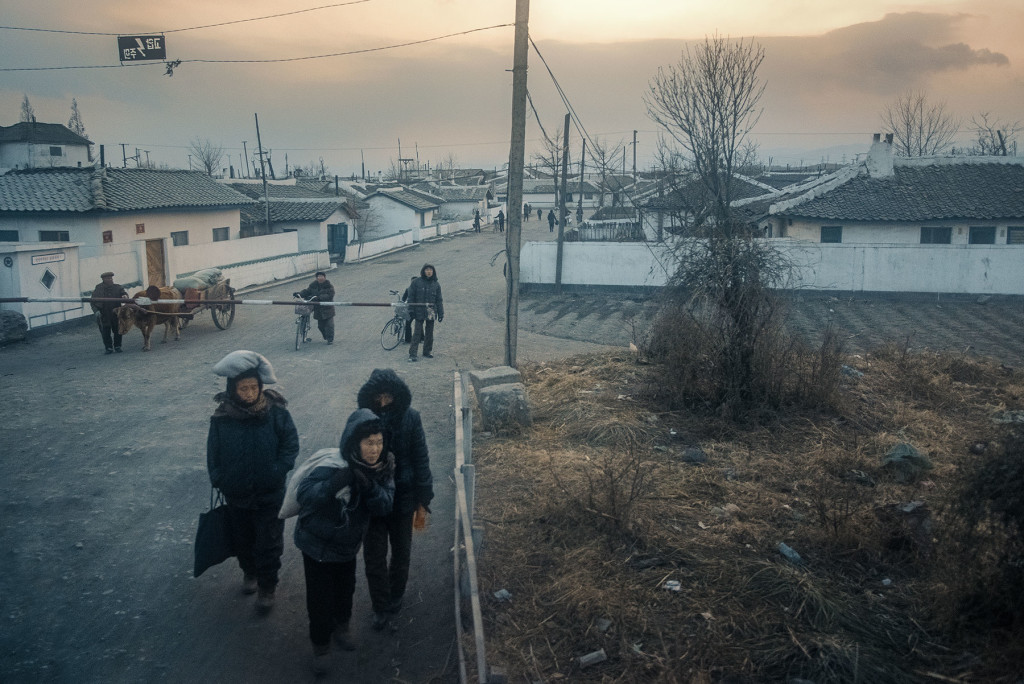 Townsfolk wait to cross a train line in the remote hinterland near Myŏngch’ŏn in North Hamgyong Province. 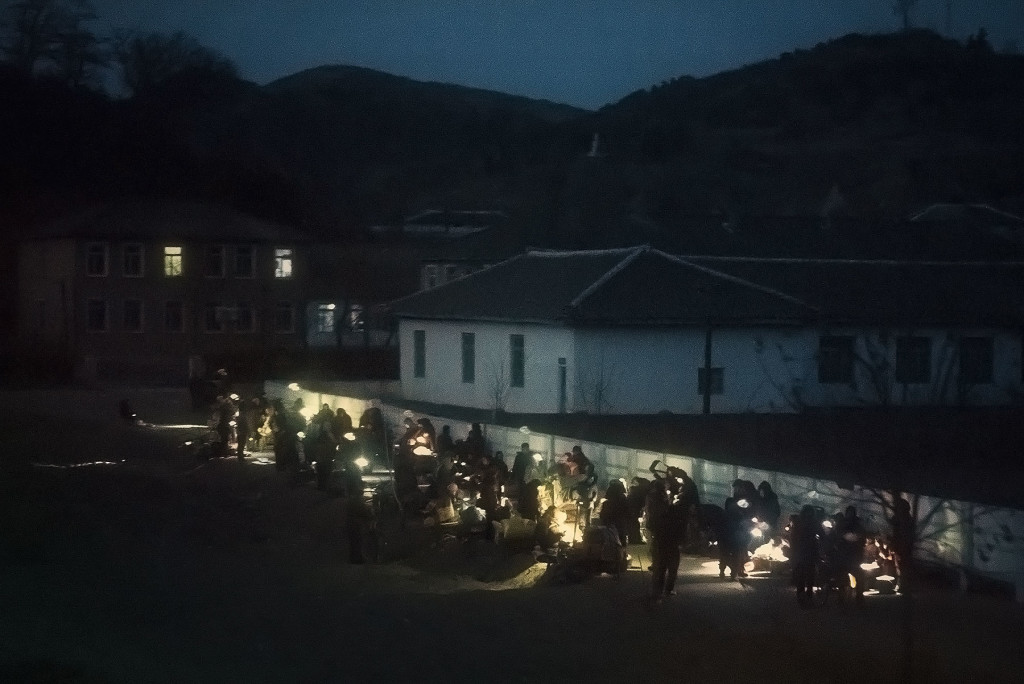 Jangmadang: A black market springs up after dusk on the outskirts of a small town in South Hamgyong province. Though technically illegal, informal commerce has been increasingly tolerated by the North Korean government since the famine of the 1990s. 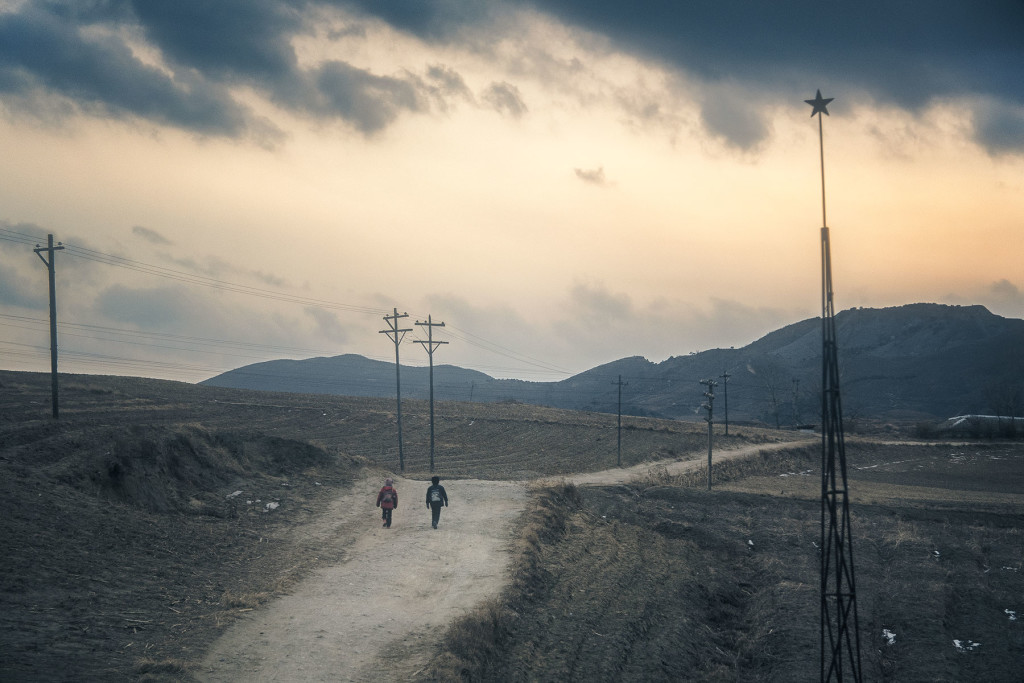 A winding road under the five points, North Hamgyong province. 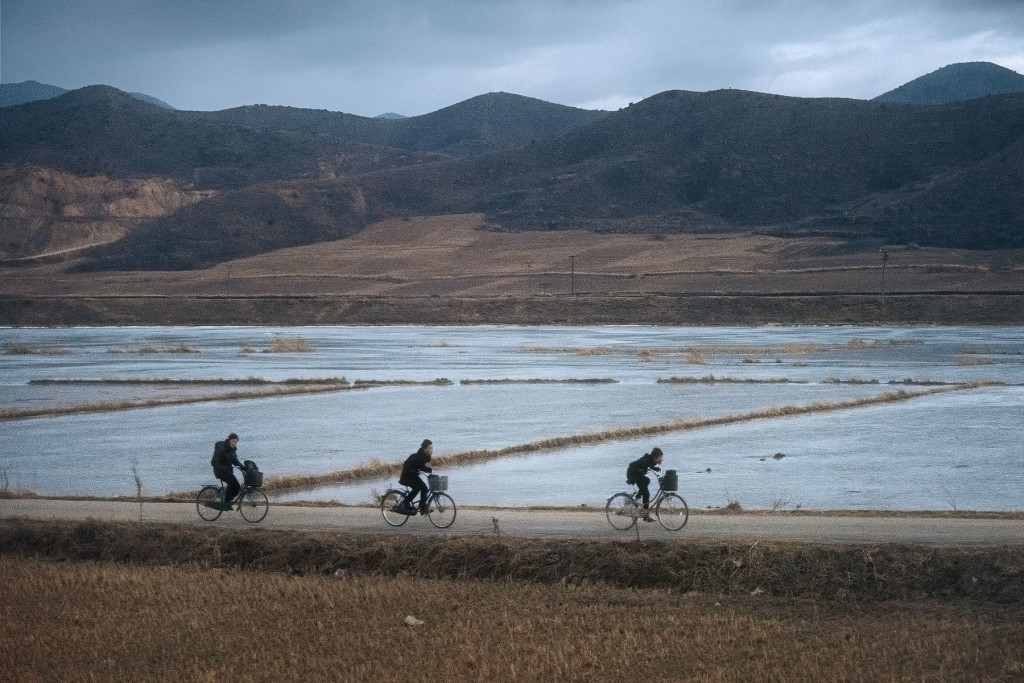 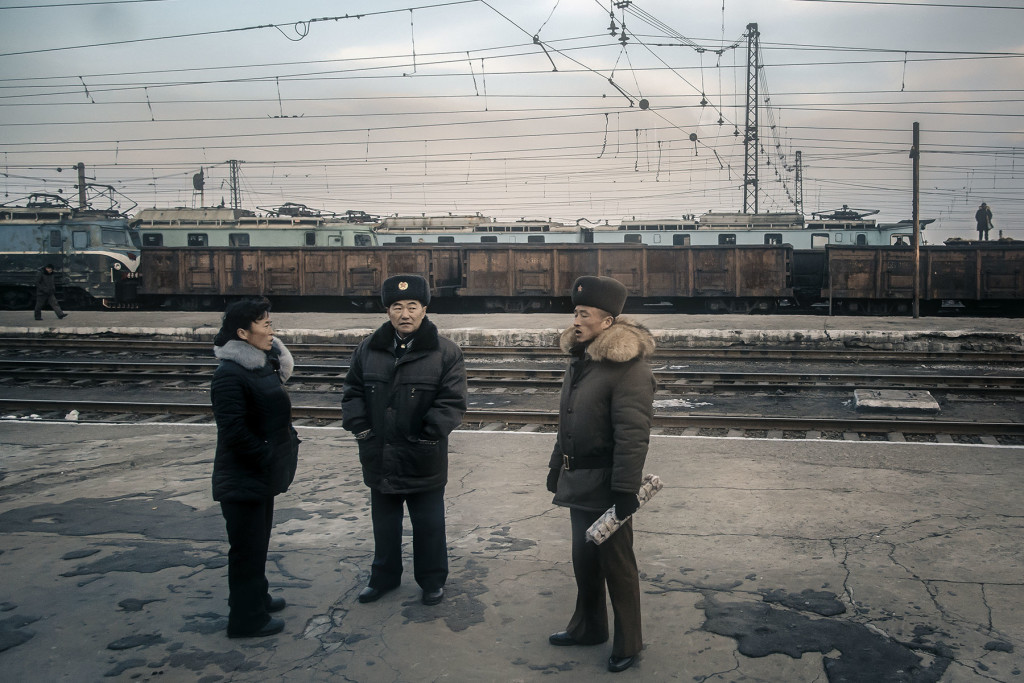 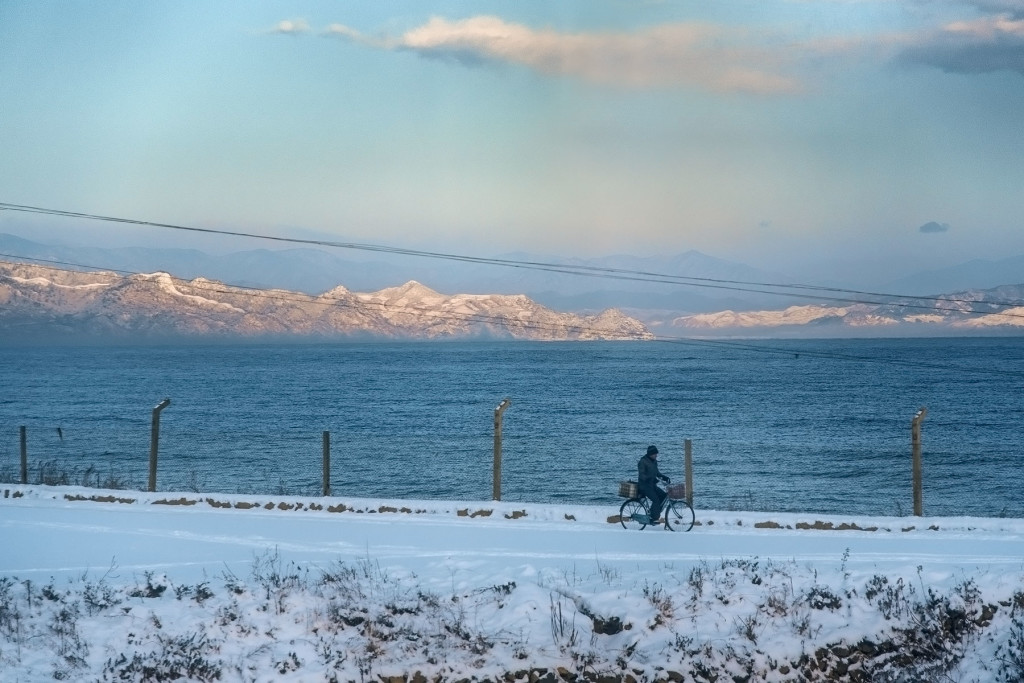 The Electric Ocean: Electrified fences wall off vast tracts of shoreline in North Hamgyong province near the border with Russia. 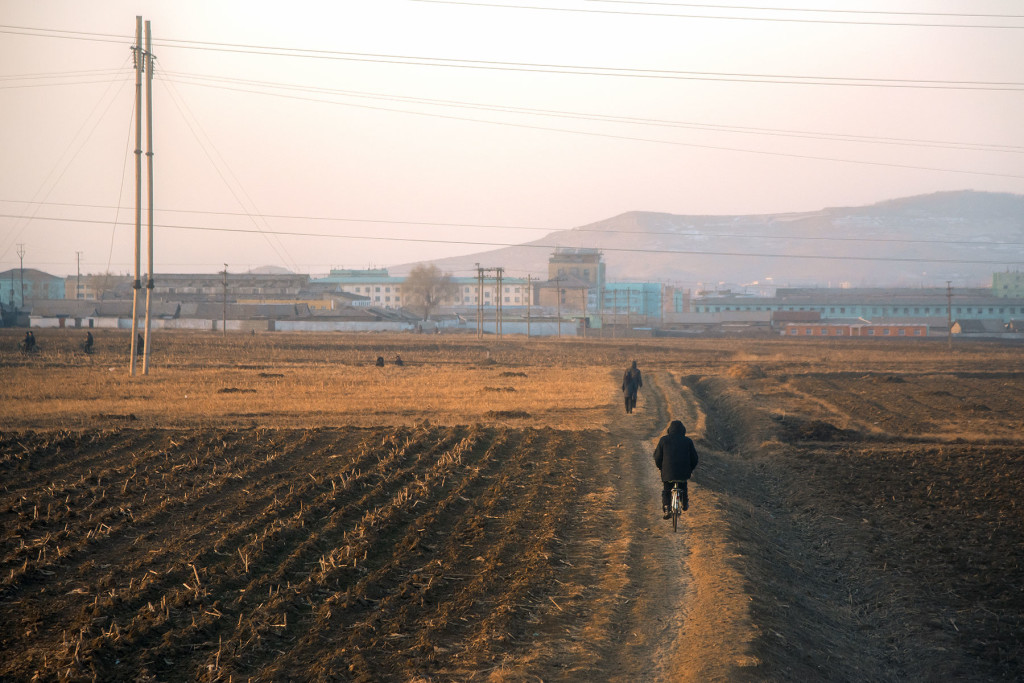 Cyclists cut through fields on their morning commute in North Hwanghae Province. 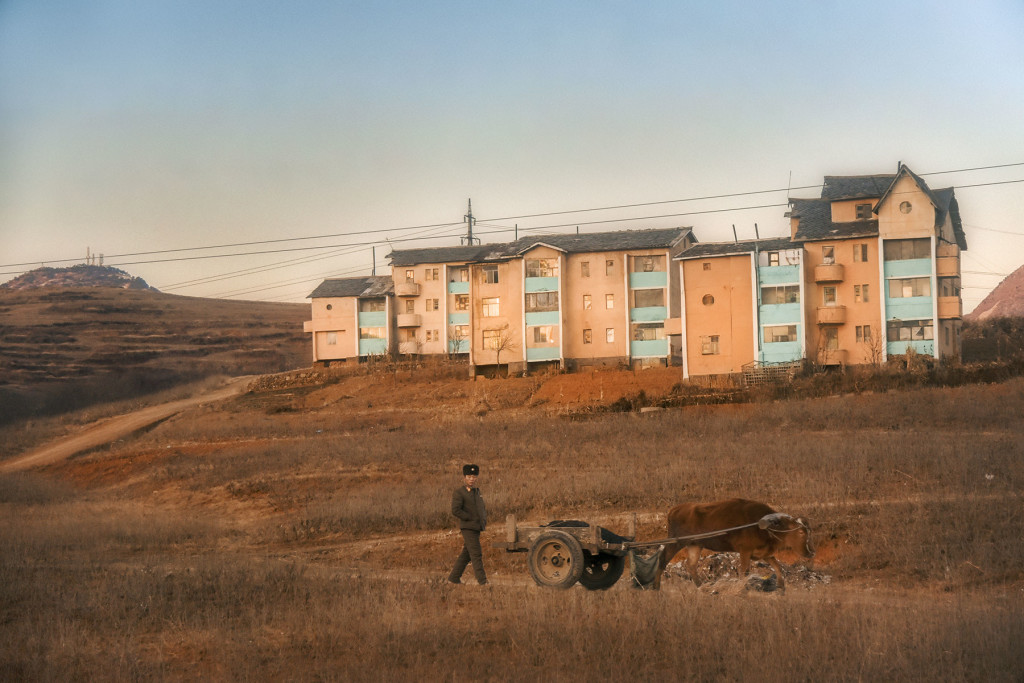 A soldier trails an ox cart against a hillside of apartments in North Hwanghae Province. 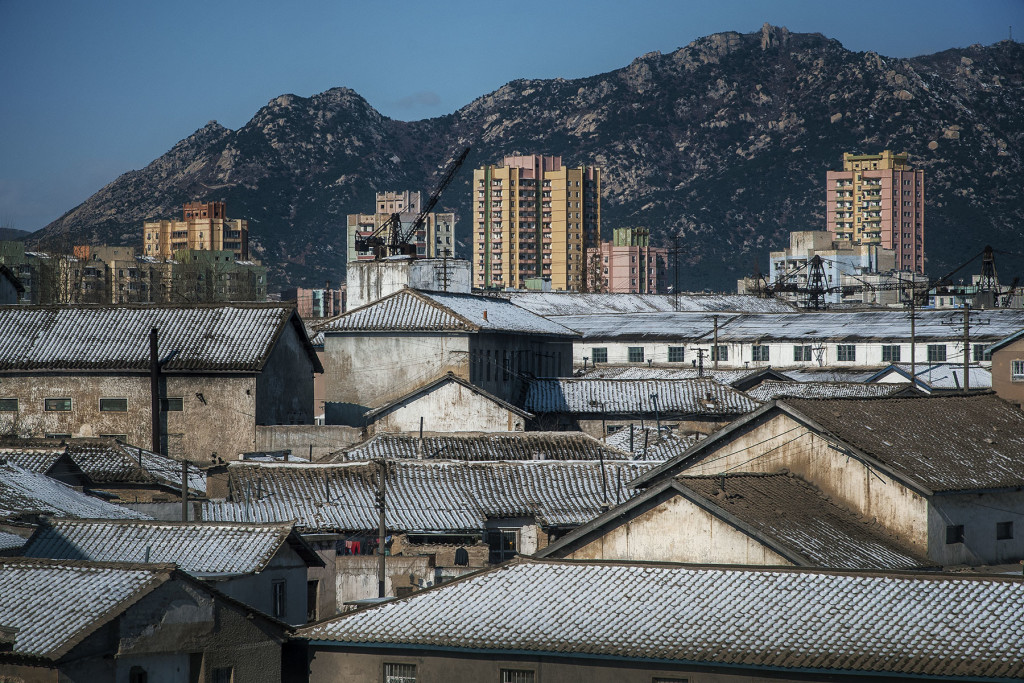 Thatched Skyline: Traditional Korean roofs frame a view of Kaesong, an industrial centre in North Hwanghae Province. Formerly part of South Korea after the peninsula was divided along the 38th parallel following World War II, the city changed hands to the North after the end of the Korean War in 1953. 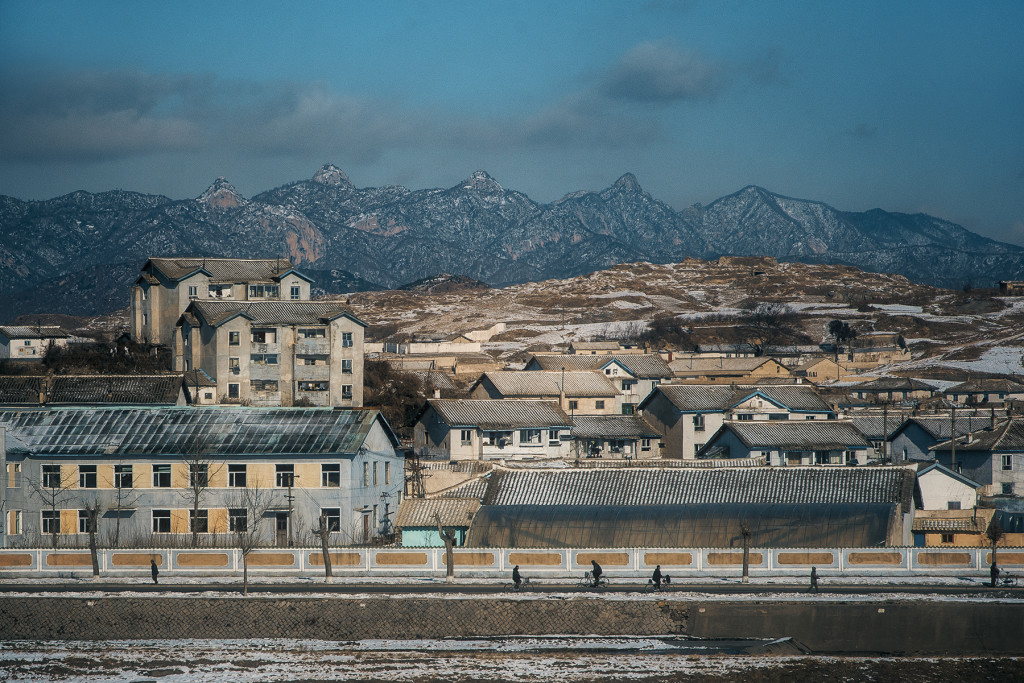 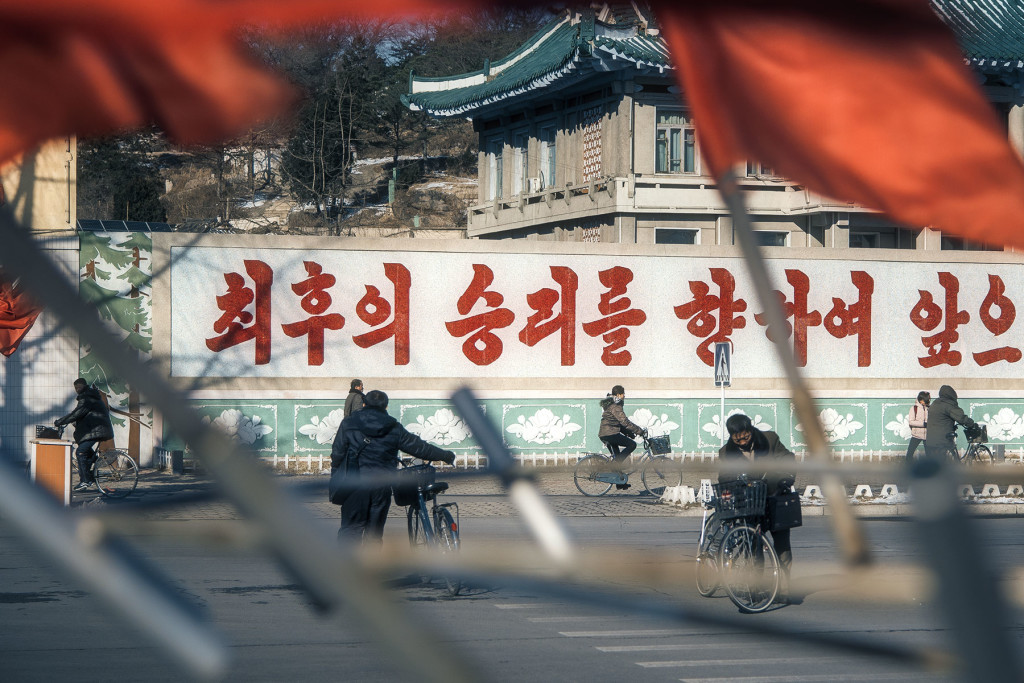 Intersection Patriotism: Cyclists ply the empty streets of Kaesong, a strategic light industrial centre near the border with South Korea. 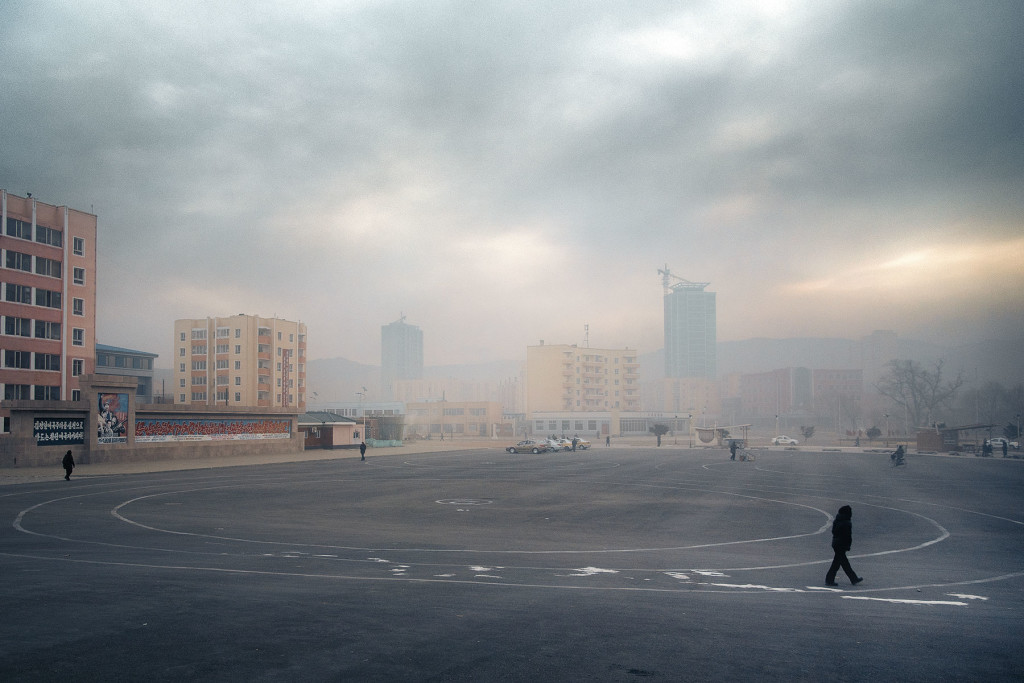 A coal-fired haze obscures the rising skyline of Rajin, a trading hub near the Russian border in the country’s northeast.