The German Empire had reached the peak of its influence by the dawn of WWI. Though later to the colonial game than many of its rival European powers, by 1914 Germany had established territories everywhere from New Guinea to northeast China, while back home its borders included vast tracts of present-day Poland and Russia. But it was in German Southwest Africa (now Namibia), one of the country’s few African possessions, where real fortunes could be made. Diamonds were discovered here in 1908, and within six years over 2000 pounds of the precious stone had been dredged up from the sands of the Namib desert. Enterprising Germans wanting their own slice of the good life flocked to Kolmanskop, and soon this far-flung desert outpost became one of the richest towns in the world, with a bowling alley, gym, outdoor swimming pool, the first tram in Africa, and a 200-bed hospital that boasted the first X-ray machine in the southern hemisphere.

But the good life couldn’t go on forever, and shortly after the war the sand-clearing crews were given their papers and Kolmanskop was abandoned. Today this windswept sarcophagus of a town is slowly sinking back into the desert that once gave it a reason for being. 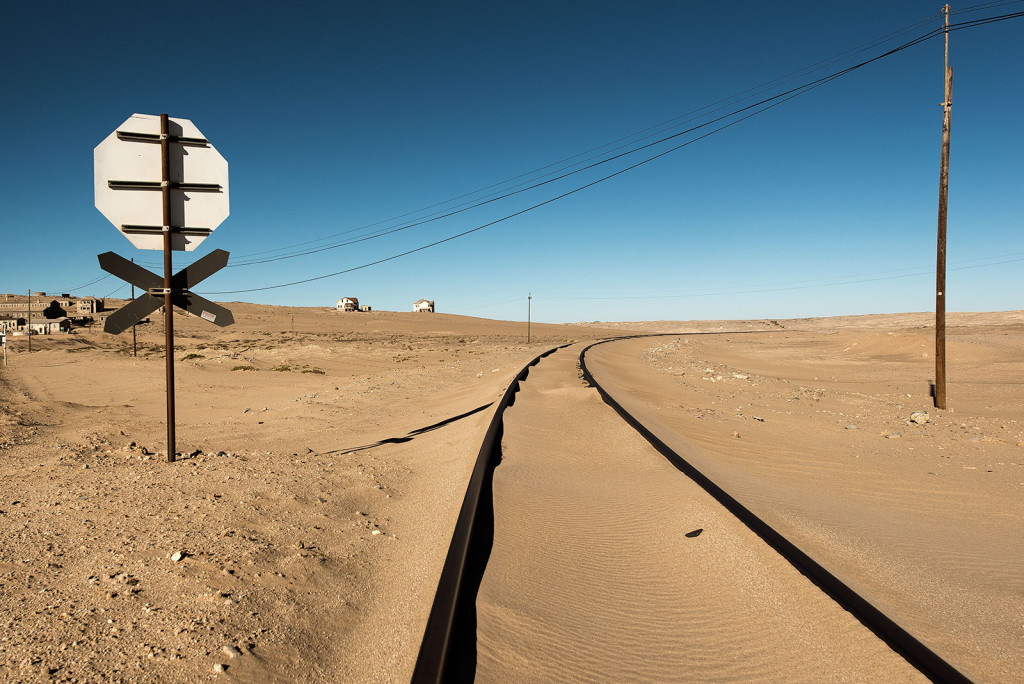 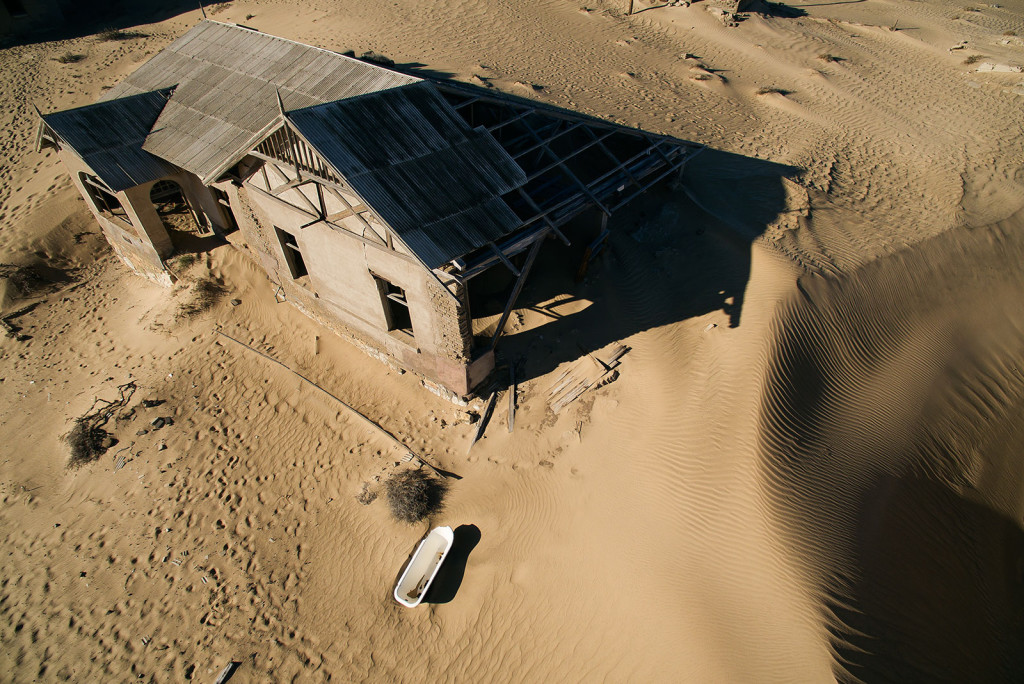 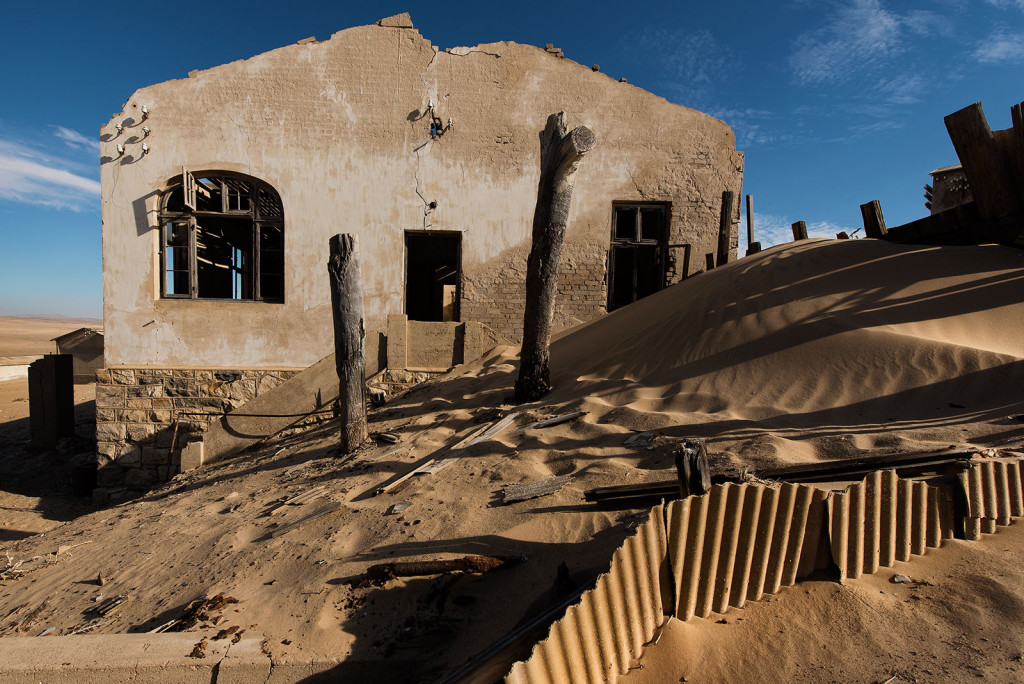 Rival Narratives of Erosion and Burial 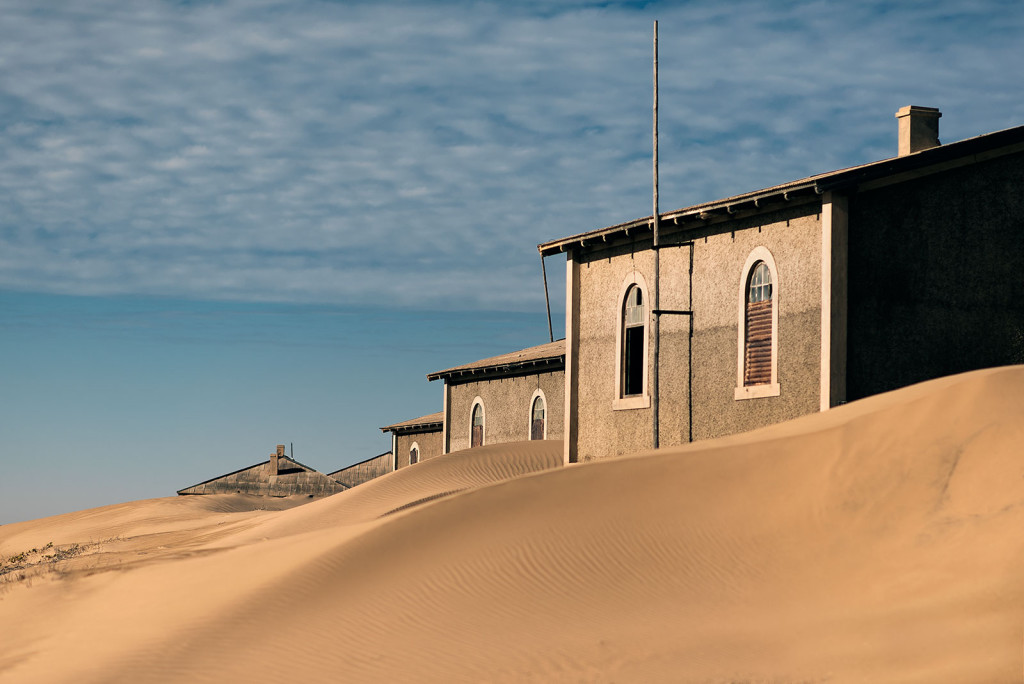 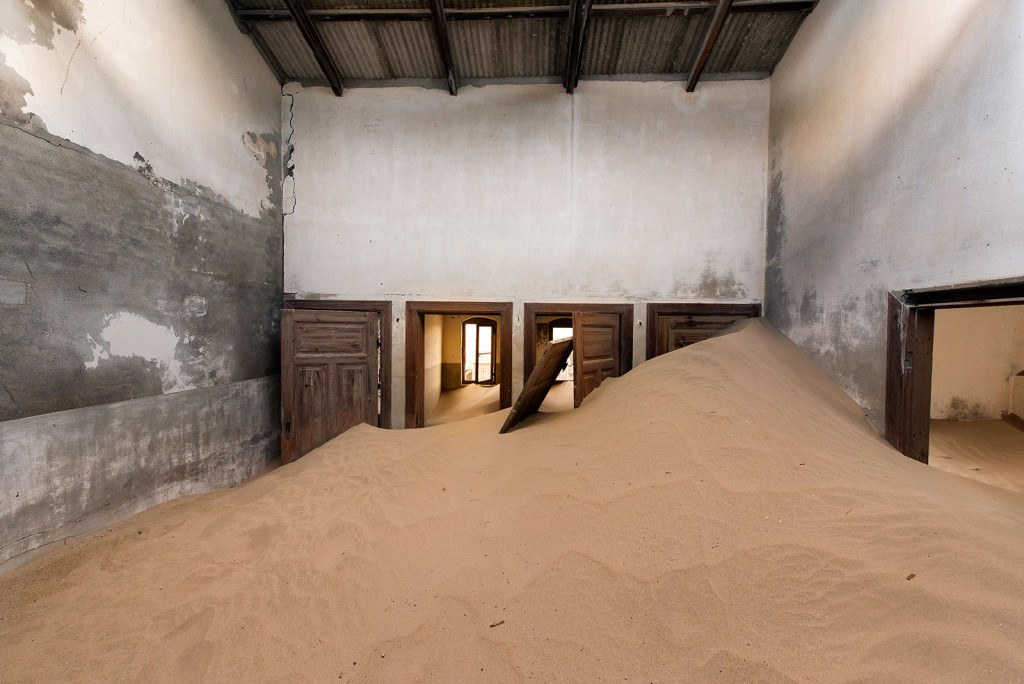 In Case of Emergency Bring a Shovel. Photo by Natalie Theron. 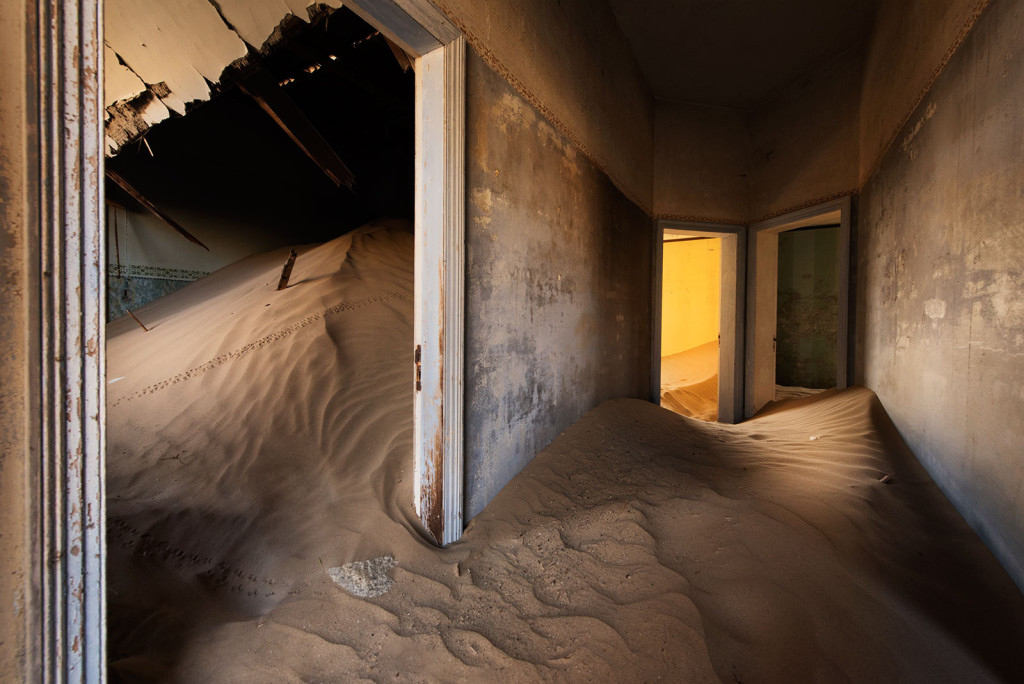 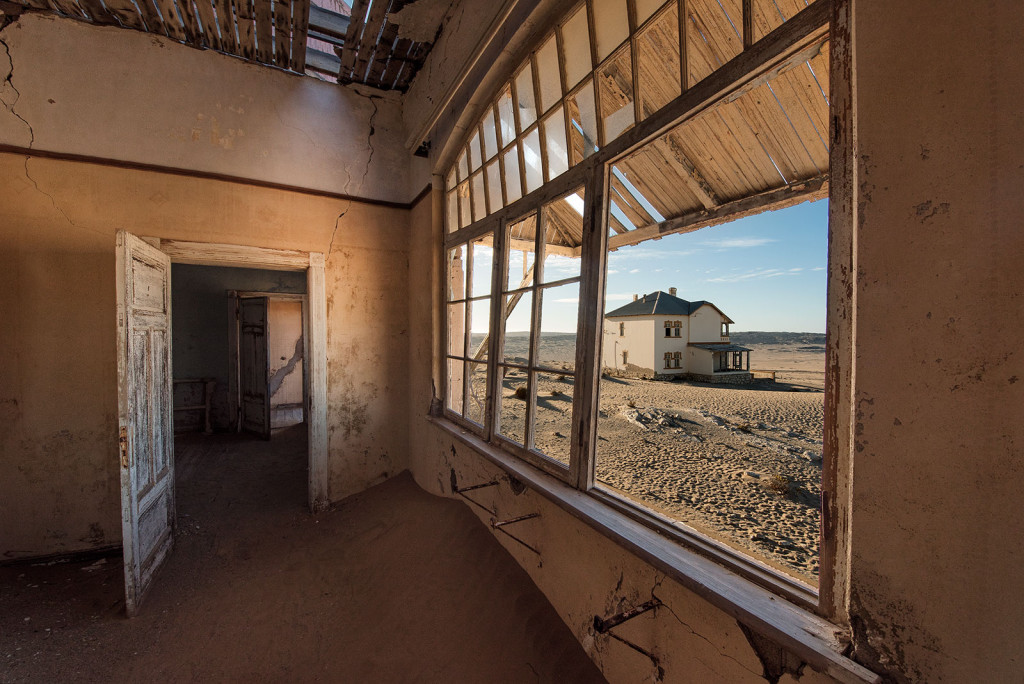 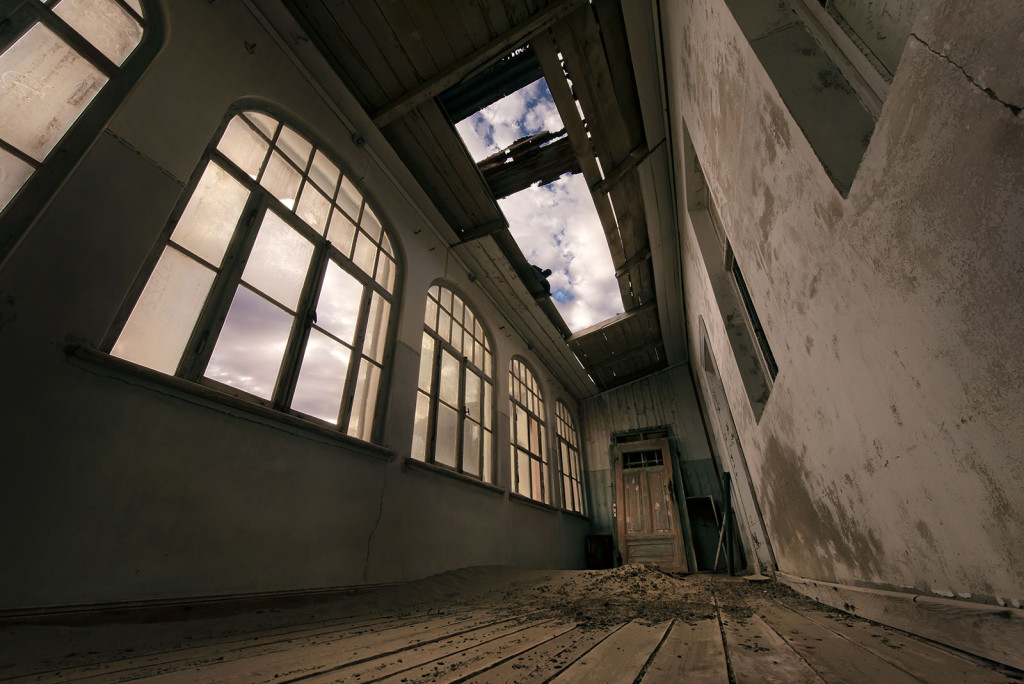 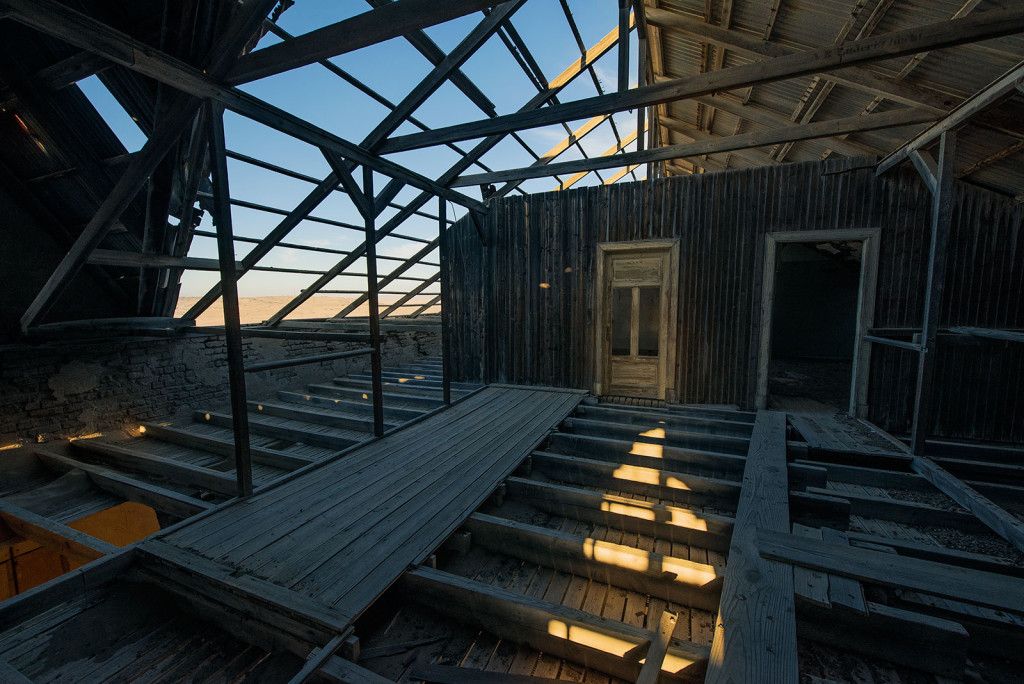 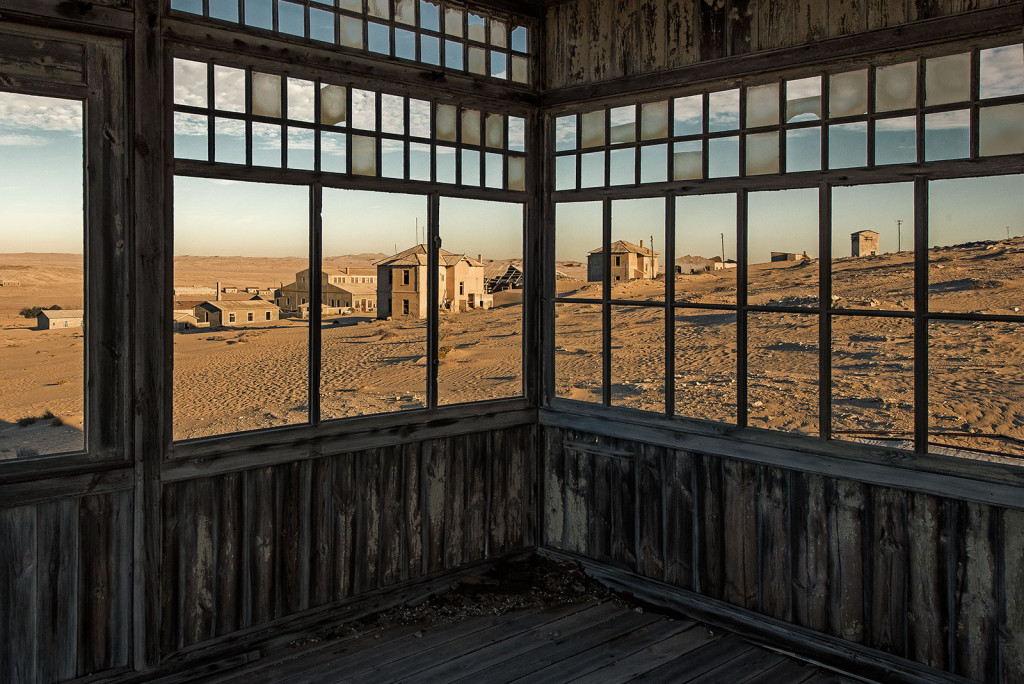 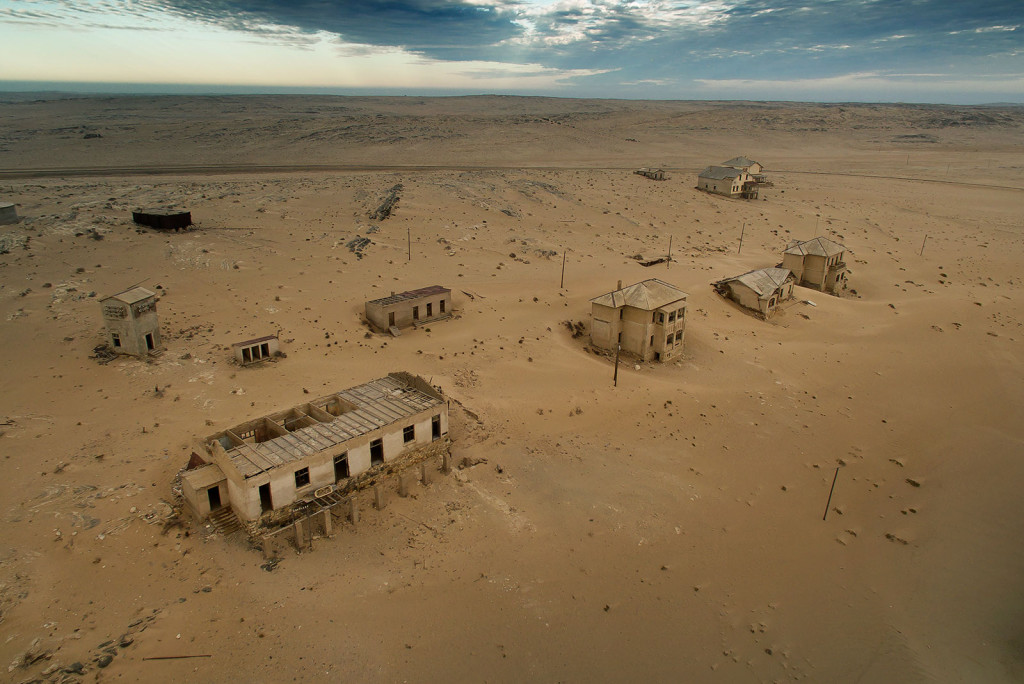 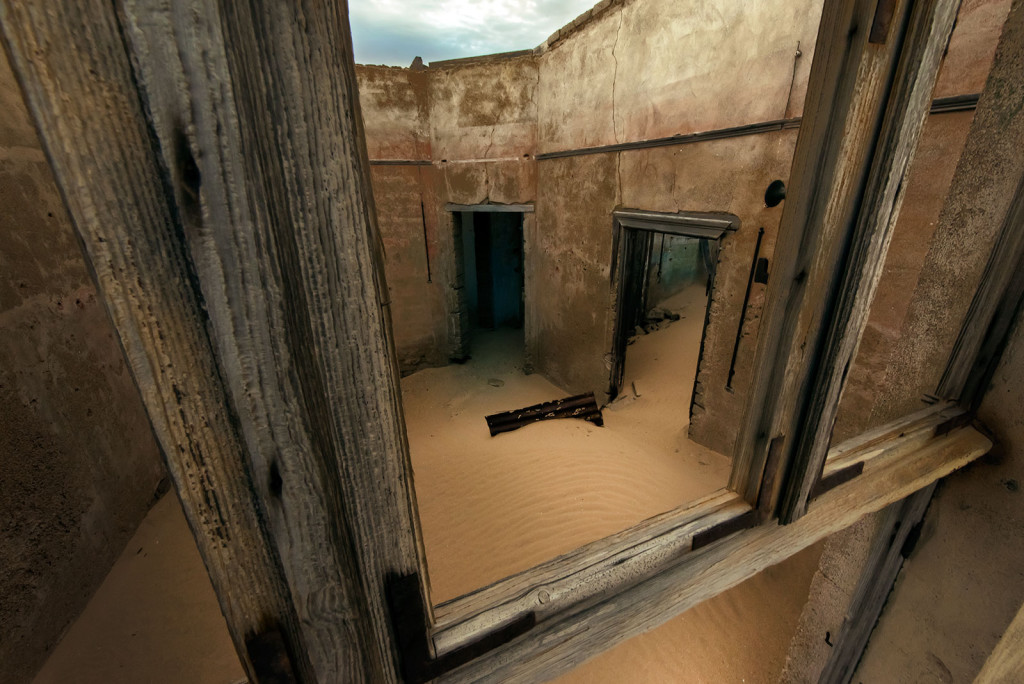 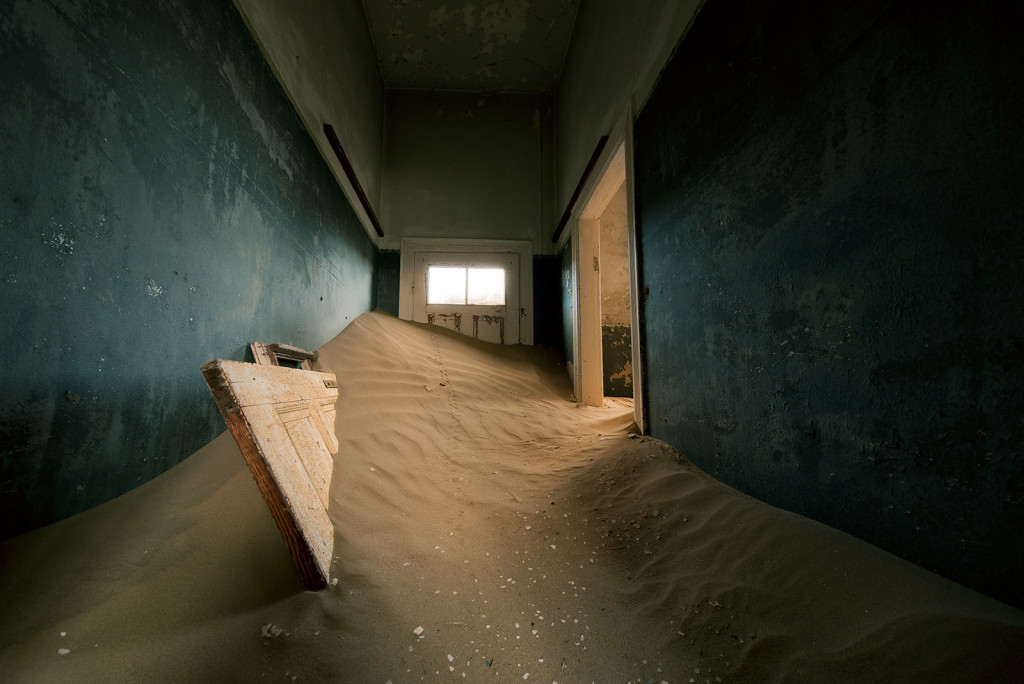 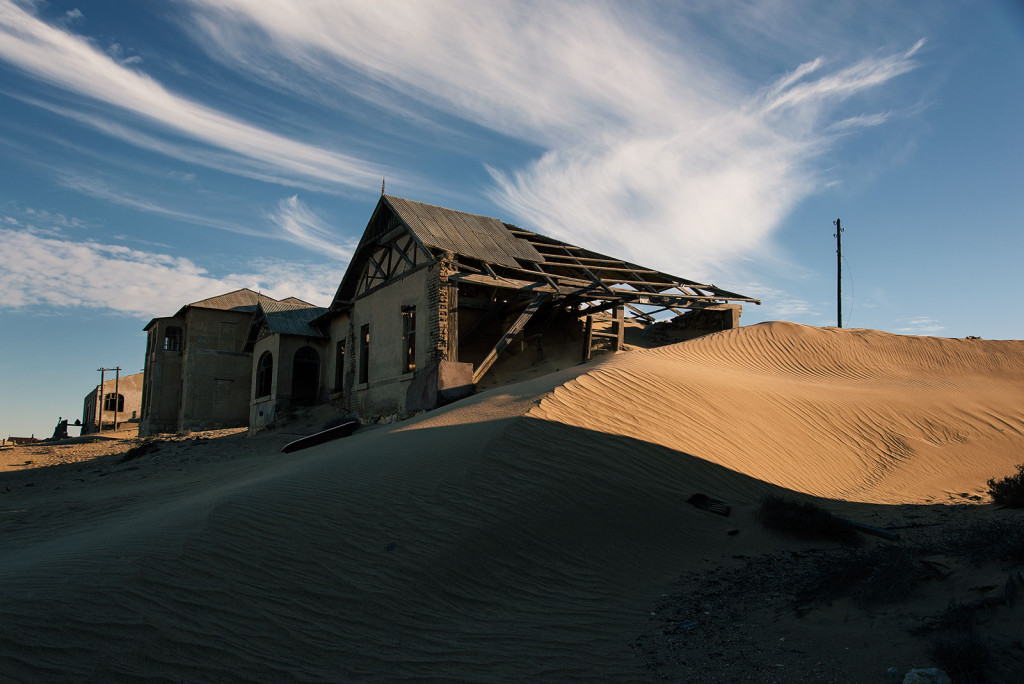 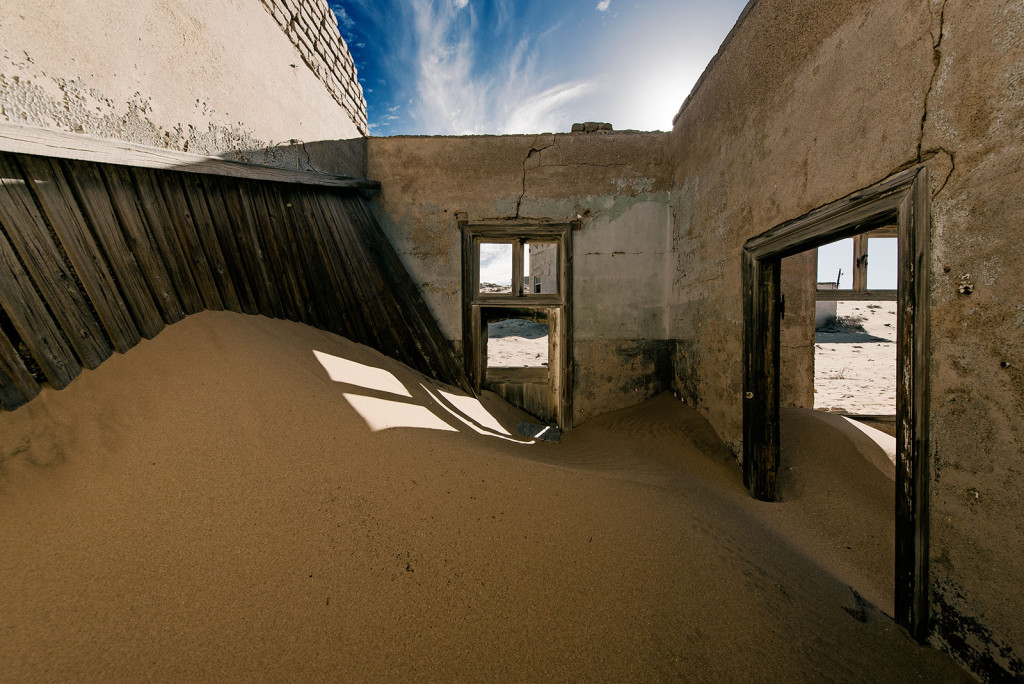 Emergency Exits I, II and III. Photo by Natalie Theron 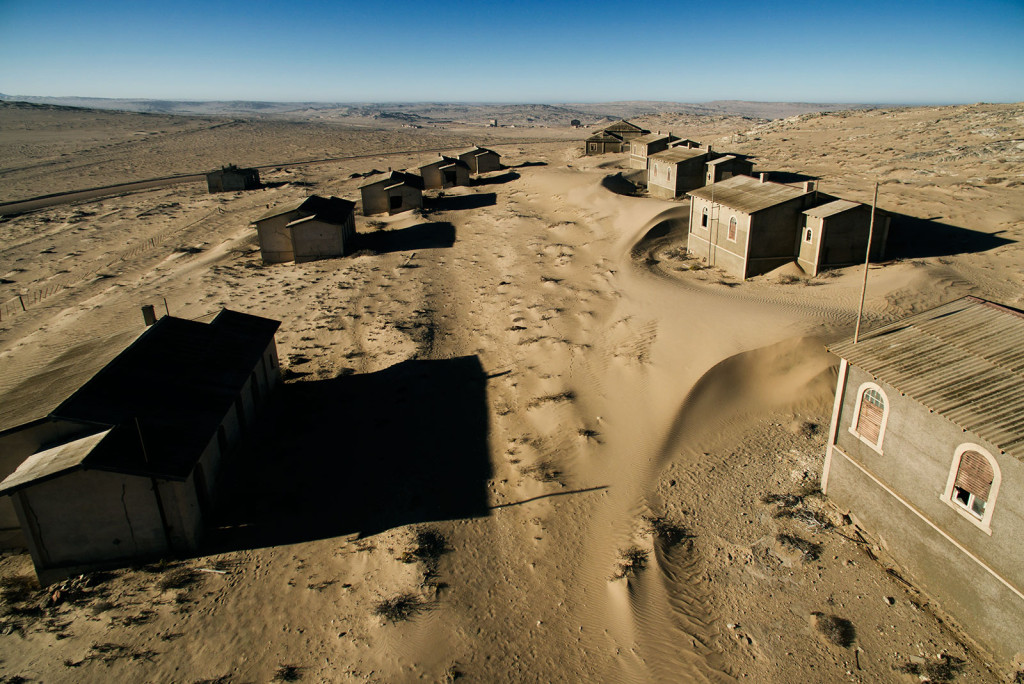 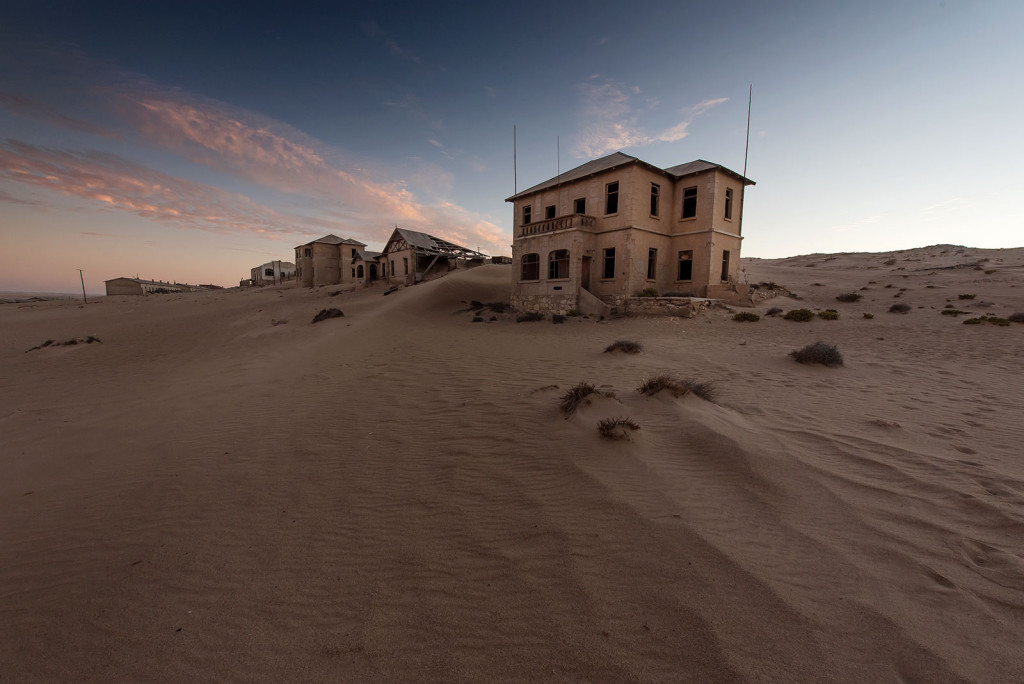 Dreadnoughts of the High Seas 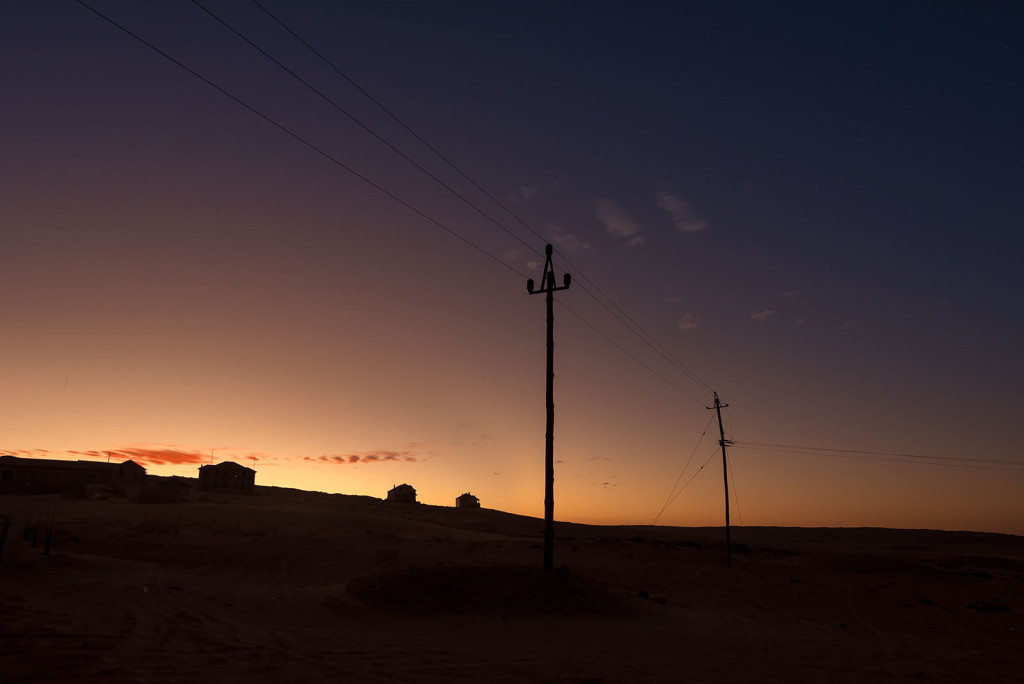