Arrivare: The bustle of shadows at Rome's central train station. 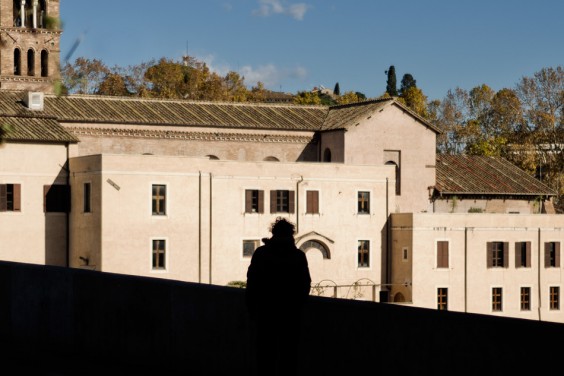 The Diagonal's Human-Shaped Tumour: A silhouette looks out over the buildings of an island in the Tiber River. 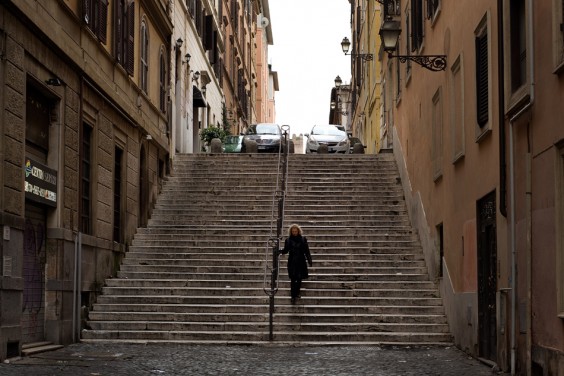 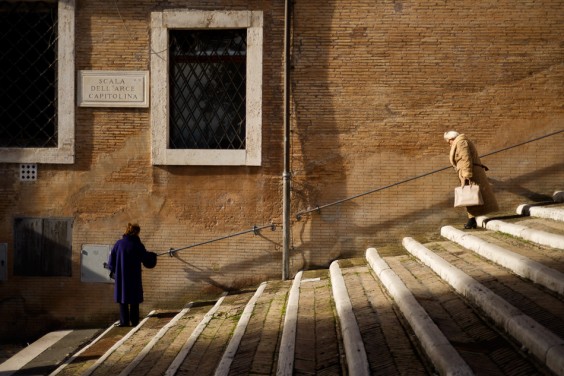 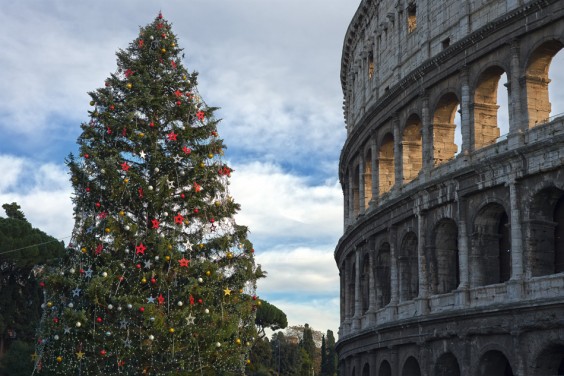 Christmas Races the Colosseum to the Sky: Duelling icons of millennia-old events separated by ten metres and eighty years. If Christ had lived out a 21st century lifespan, he may have been alive to attend the Colosseum's inaugural games. 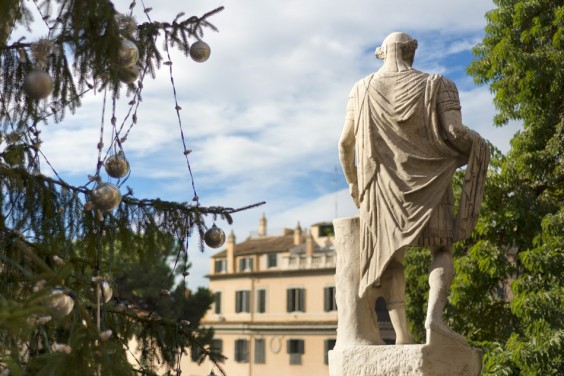 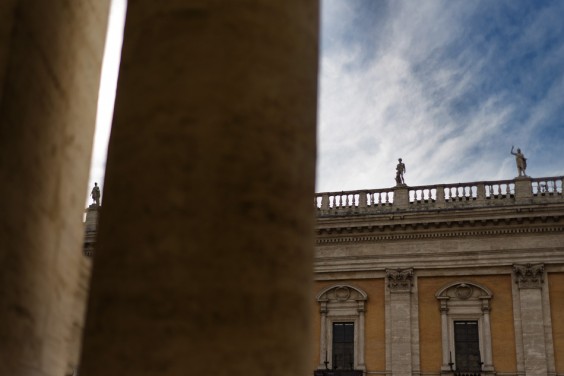 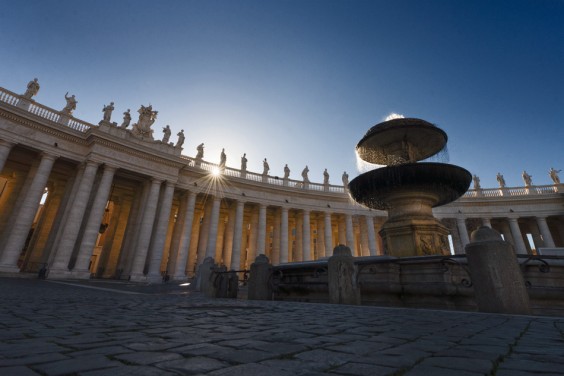 The Vatican, Sunny Side Up 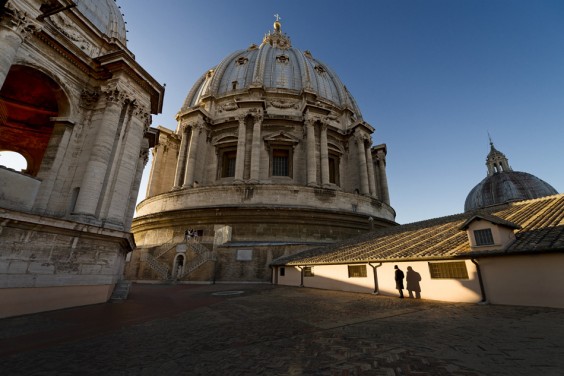 The Vatican, Shady Side Out 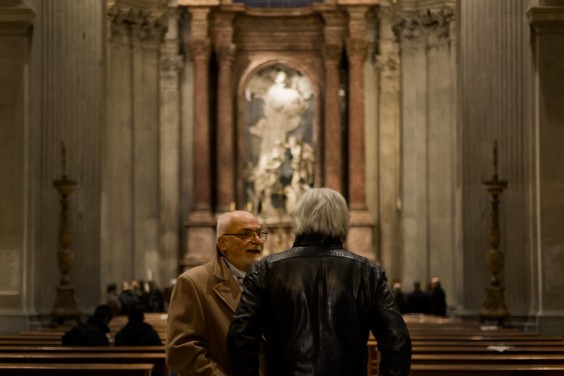 Of Vessels and Gods 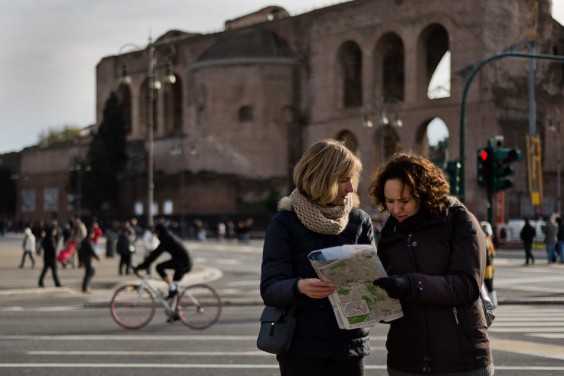 The Gospel of Geography: Lost tourists near the Piazza del Campidoglio in Rome's Old City. 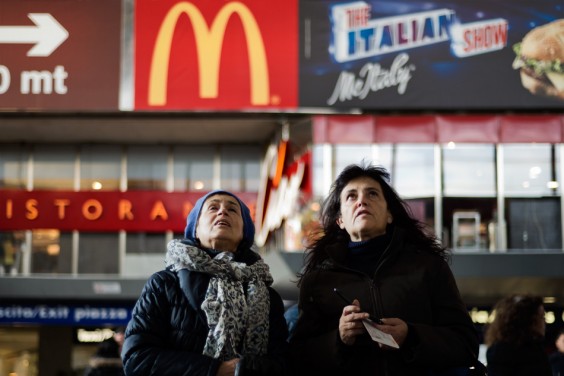 M Marks the Spot: Two women watch the departures board for trains to the provinces at Termini Station. 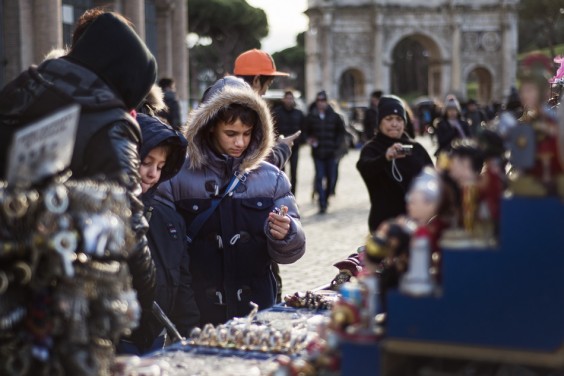 Trinket Tykes: A Russian family browses the wares from one of dozens of carts selling identical souvenirs to brisk business along the main corridors of Rome's Old City. The 3rd most-visited city in Europe, to walk Rome is to be assaulted by a panoply of languages and accents -- geographic distances be damned. 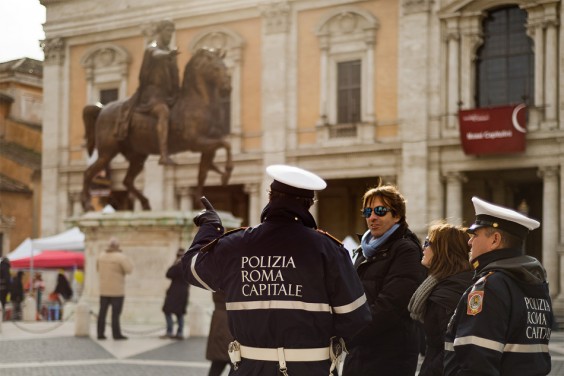 Your First Left Past the Horse 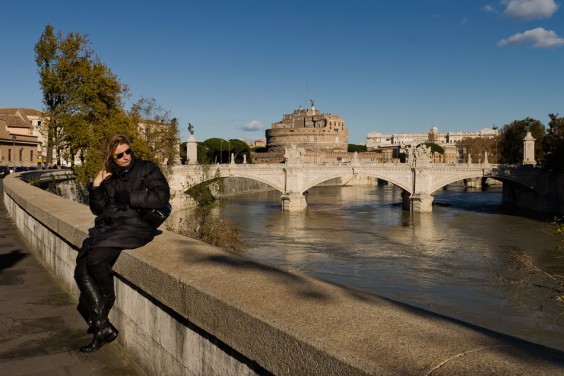 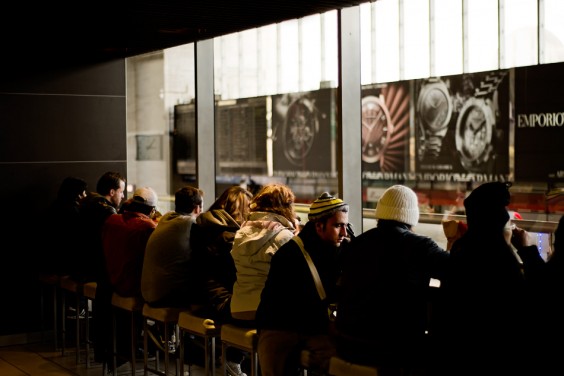 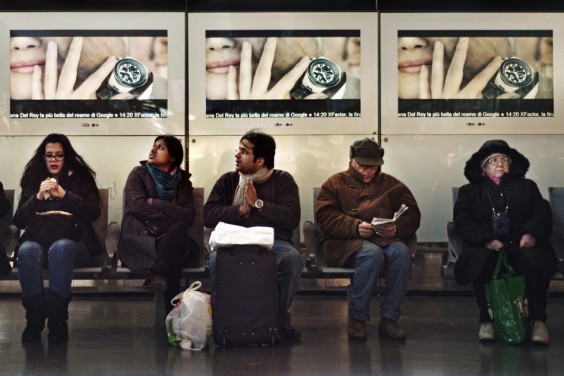 18 Frame Timepieces: Different ways of passing time on the platform at Termini Station. 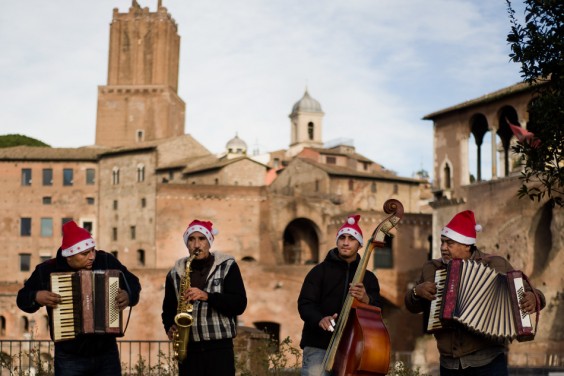 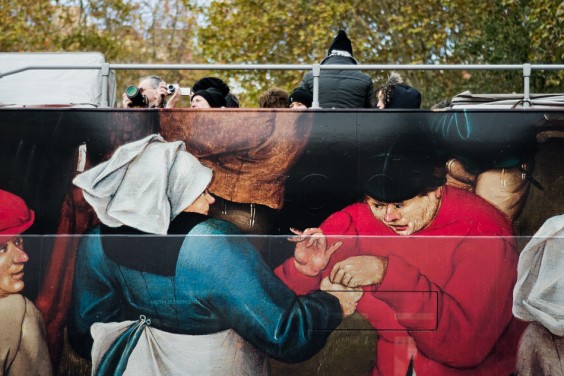 A Story of Hats and Heads 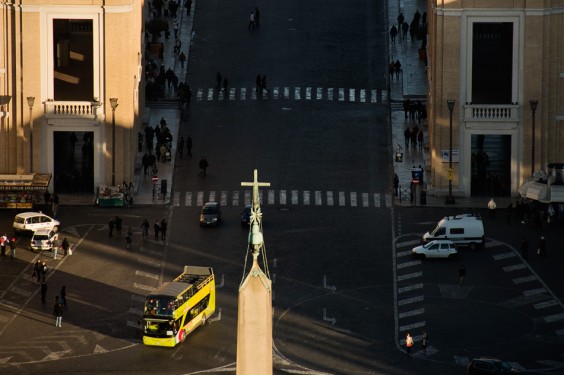 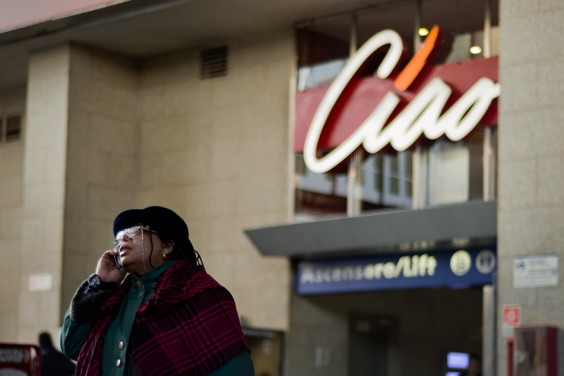