Of all the strange and unlikely pleasures to be found on the coalition bases of southern Afghanistan, the hockey rink at Kandahar Airfield must rank among the most surreal. Built in 2006 on their days and evenings off by hockey-mad Canadian soldiers and buoyed in the years since by the Canadian military and the donation of a scoreboard by the city of Guelph, this floodlit desert apparition has hosted visits from former NHL stars Guy Lafleur and Lanny McDonald, infamous colour commentator Don Cherry, and, during the 2010 Winter Olympics, the Stanley Cup. 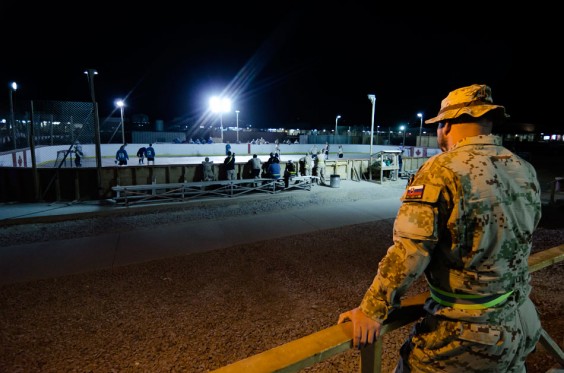 Guardian: A Slovak soldier watches a pre-game warm-up from the Boardwalk, an overnight mall of timber and shipping containers that circles the hockey rink. With the KHL season concluding in October and the final Canadian troops pulling out of Kandahar not long after that, Slovakia is set to assume control of the league for 2012. 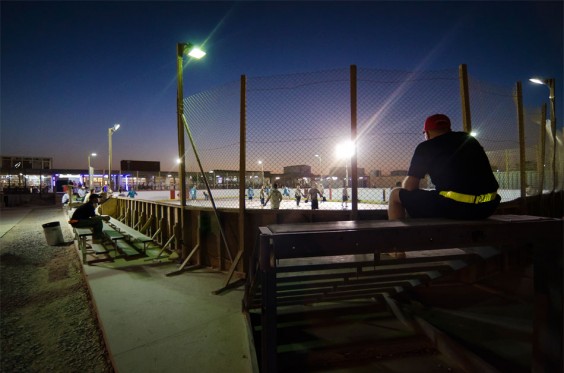 The Nosebleeds: A Canadian soldier watches the Kandahar Storm square off in their last-ever playoff game against a squadron of American engineers. Matches between Canadians and teams of other nationalities are rare, even after the combat withdrawal; in the 24-team KHL, more than half of all teams are still Canadian. 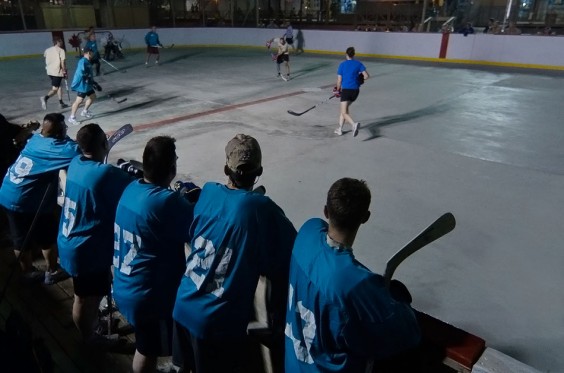 Starting Lineup: Storm players watch as their team is put on the defensive. As with everywhere else on the airfield, the rink is vulnerable to Taliban attacks, with games routinely interrupted by a telltale siren warning of incoming rockets. Even between attacks, low-flying jet fighters and helicopter medevacs are common hazards for any easily-distracted player. 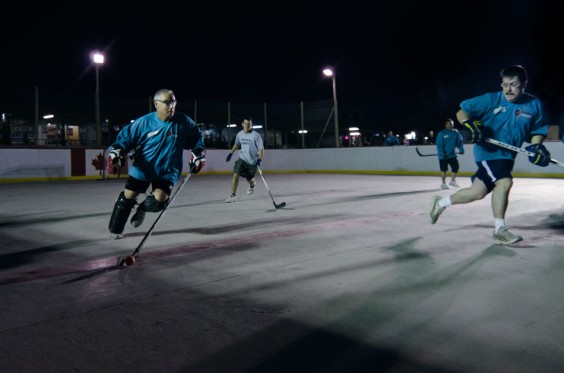 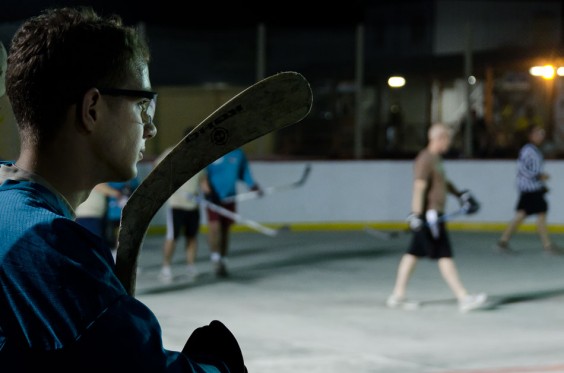 Line Change: A Storm player watches from the bench during a stoppage in play. 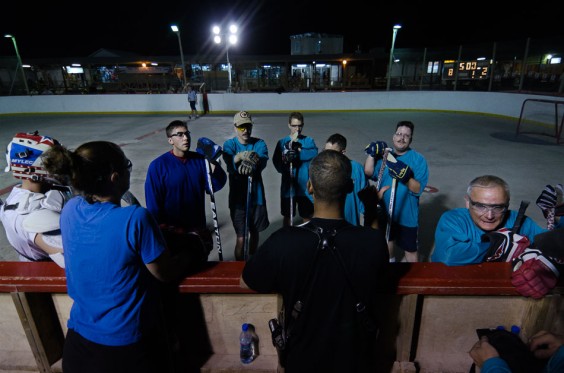 Fighting Words: Down by six goals, the Storm head coach calls a time out to rally his team back together. 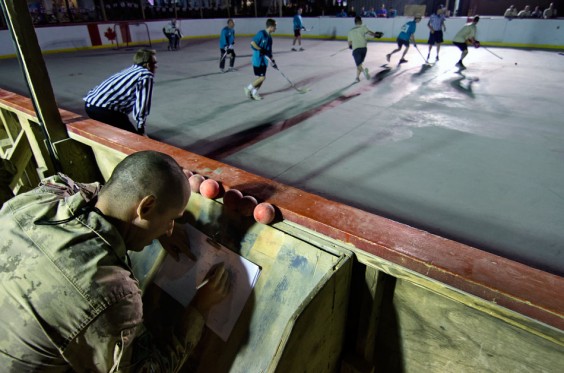 Tally: The rink scorekeeper records another goal for the Americans. The Storm would lose 13-4 in one of the final games ever contested by Canadians in Kandahar, ending their five years atop the league. 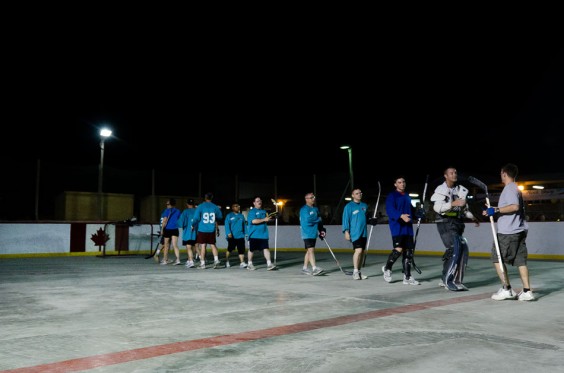 Sportsmanship: Members of the opposing teams shake hands after the final whistle. 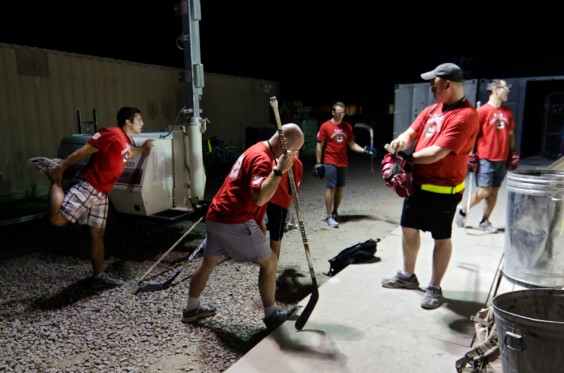 Pre-Game Stretches: Taking a cue from CBC's Hockey Night in Canada broadcasts, the Kandahar rink regularly hosts double-headers of Canadian teams. Here, members of the Angry Beavers, a team named after the brewpub in Belleville, Ontario that sponsors them, prepare to play in the second of the night's two games. 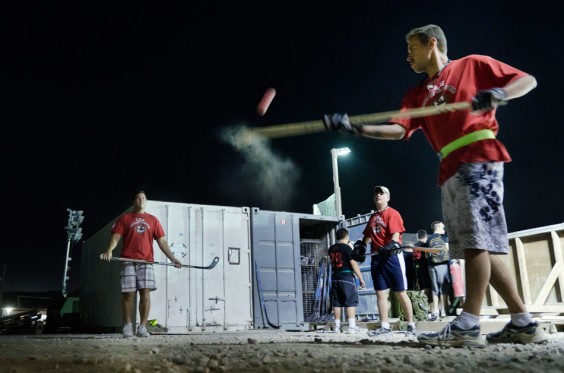