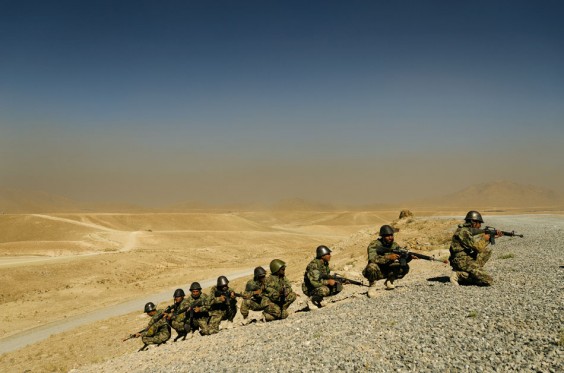 Building Something from Nothing: A phalanx of Afghan National Army (ANA) recruits wait in a position of readiness on a hillside overlooking the 20000 acre Kabul Military Training Centre (KMTC) in October, 2011. Increasingly prized by the NATO-led international military campaign as their ticket out of Afghanistan, the eight-year-old ANA has swelled in numbers since 2008 and is projected to reach 250,000 by 2015. 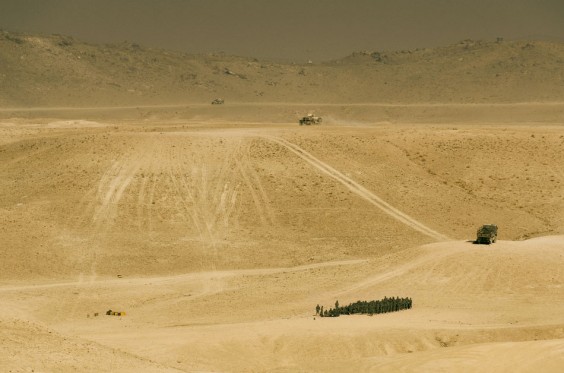 Desert Formations: Divided into battle-ready battalions called kandaks, one of which is pictured here, an estimated 10,000 soldiers are enrolled in the KMTC's eight-week Basic Warrior Training program at any given time. Located on 81 km² of desert northeast of Kabul, the KMTC layout mimics the harsh, unforgiving conditions that soldiers can be expected to endure. Like many of the major Afghan bases, it was founded with Soviet muscle in the 1980s and laid to waste during civil war in the 1990s. 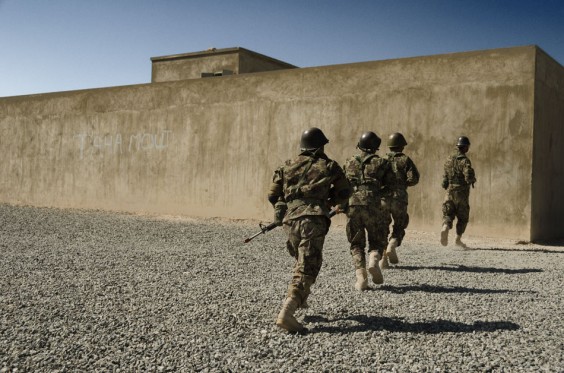 Hostile Compound: Three weeks into their eight week training program, a group of intermediate-level recruits storm a compound during a house-clearing drill. 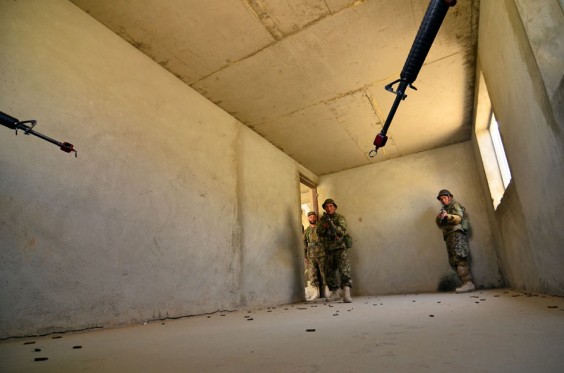 Red-Tipped: ANA recruits take four corners for a firing exercise in a room riddled with the empty shells of past drills. 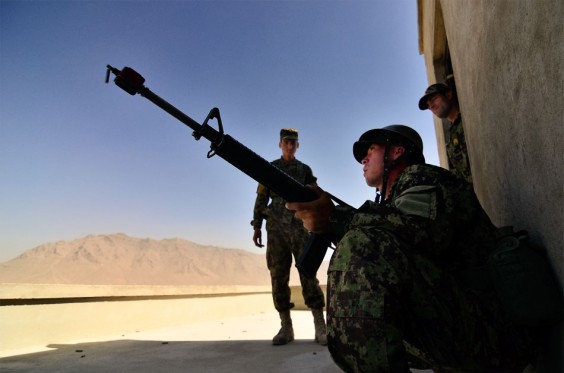 Shooting Skyward: Two trainers supervise a sentry on the roof of the house. 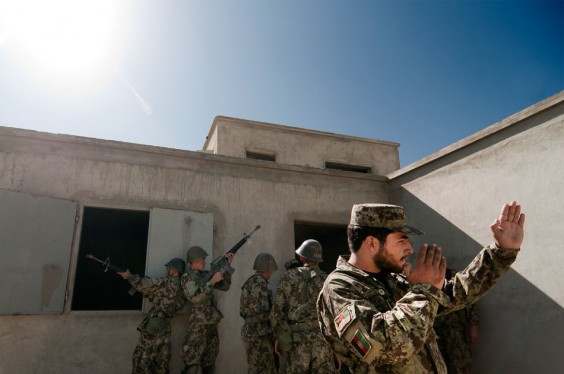 Show and Tell: An early beneficiary of ISAF's new policy of "training the trainers", an Afghan trainer demonstrates proper technique for holding a rifle. An estimated one-third of all active ANA soldiers were originally trained at the KMTC. 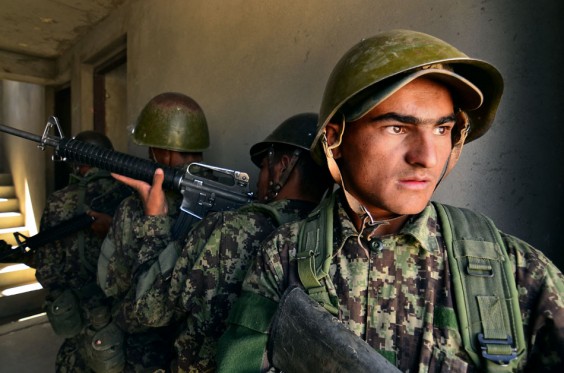 Sights and Scopes: A designated sentry keeps watch over the main entrance to the house. 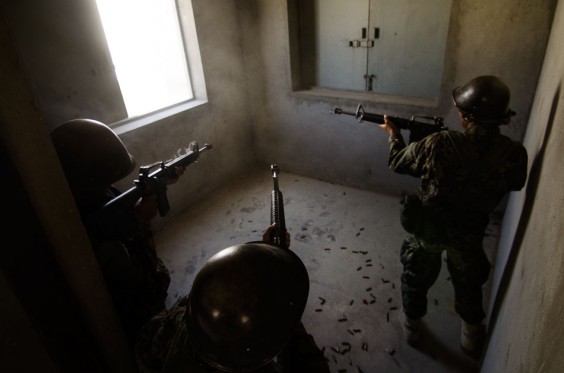 Scalene: A triangle of M16A2 rifles open fire on an imaginary target. 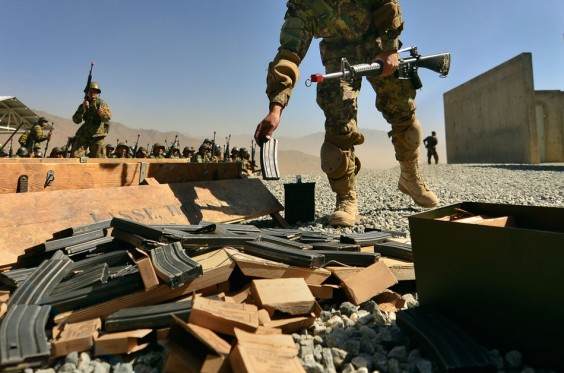 Ammo Dump: An ANA recruit drops his empty cartridge on a stack to be reloaded with new shells after completing the house-clearing drill. 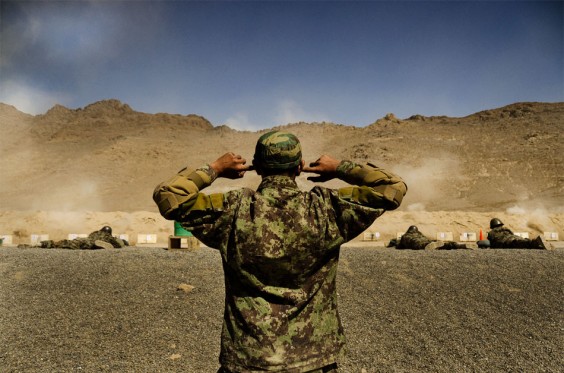 Decibel Wise: Two weeks into his training at the KMTC, a new ANA recruit waits for an open berth on the firing range. 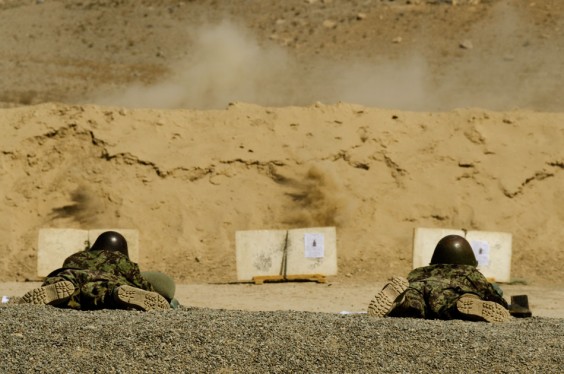 Paper from Forty Paces: Stray bullets kick up plumes of desert soil at a firing range. 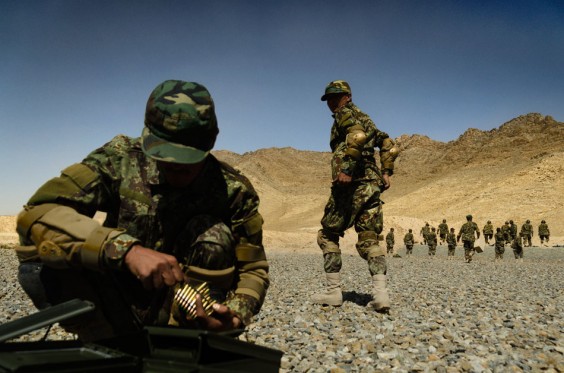 Ammo Strands: A recruit reloads cartridges as an incoming group takes possession of the firing range. 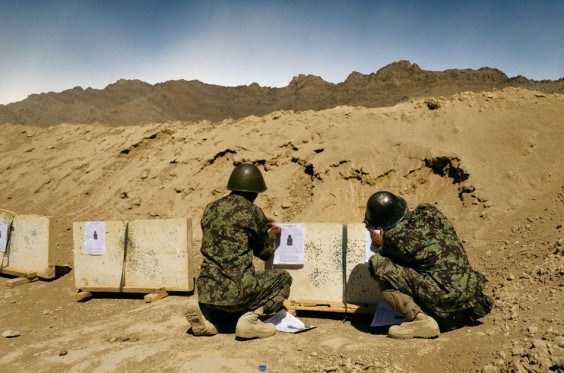 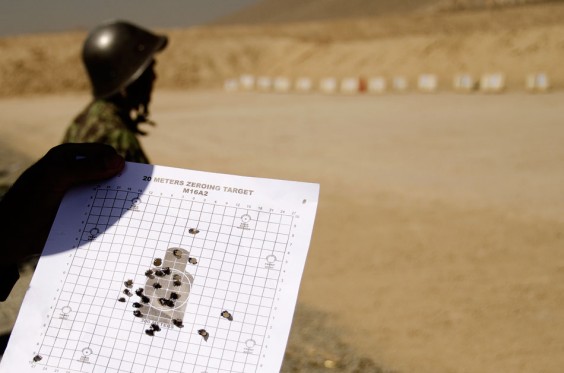 Zeroing Target: To pass the firearms test and be issued an M16 of his own, a recruit must hit the sheet of paper 38 times out of 50. This particular recruit's aim was uncommonly good. 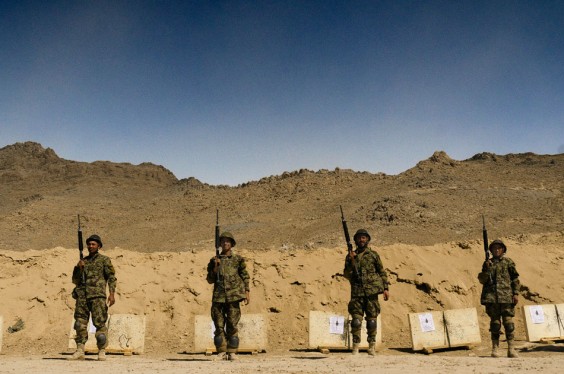 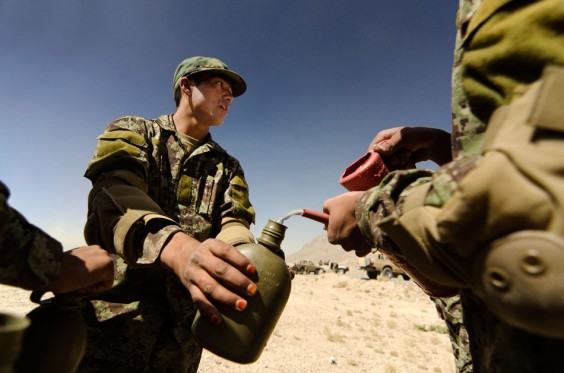 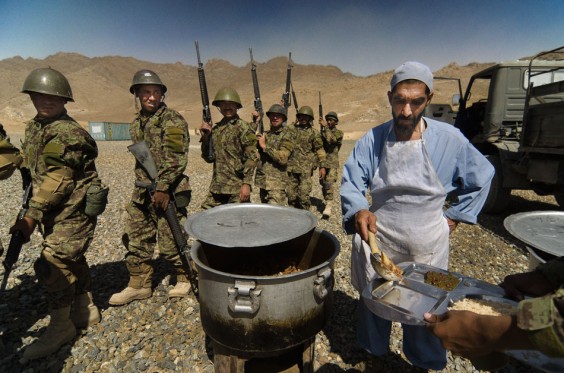 Rations: In contrast to the lavish coalition bases that fly in most of their ingredients and dishes from abroad, an average lunch on an ANA base includes rice, chicken, a chickpea or bean curry, fruit, and rice. 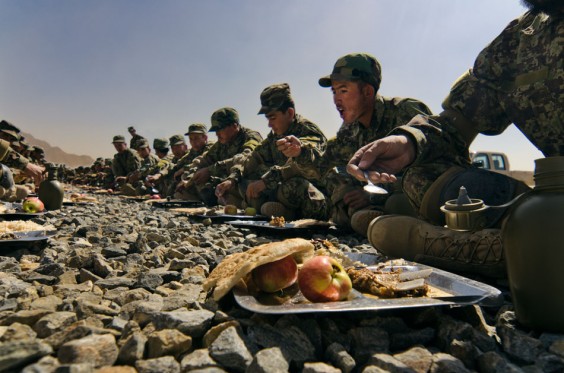 A Warzone Picnic: ANA recruits break for lunch under the midday desert sun.