One week to the hour after insurgents were engaged with coalition and Afghan forces in a fierce nineteen-hour siege that had Kabul and the world on edge, a suicide bomber entered the home of ex-Afghan President Burhanuddin Rabbani and detonated a bomb hidden in his turban, killing him and four security guards instantly. That it was only two blocks away from the previous week’s siege is at best a tragic footnote; at worst, a warning of a systemwide collapse in a city where fledgling Afghan forces assumed control of security from coalition troops just eighteen months ago.

Cutting short a diplomatic visit to the United States, President Hamid Karzai announced a nationwide three-day mourning period for Professor Rabbani. Contrary to initial reports that Rabbani would be interred in his home province of Badakshan, a hill in the Wazir Akbar Khan neighbourhood overlooking Kabul was eventually selected as the site, and on Friday he was buried. President Karzai was not present at the ceremony. 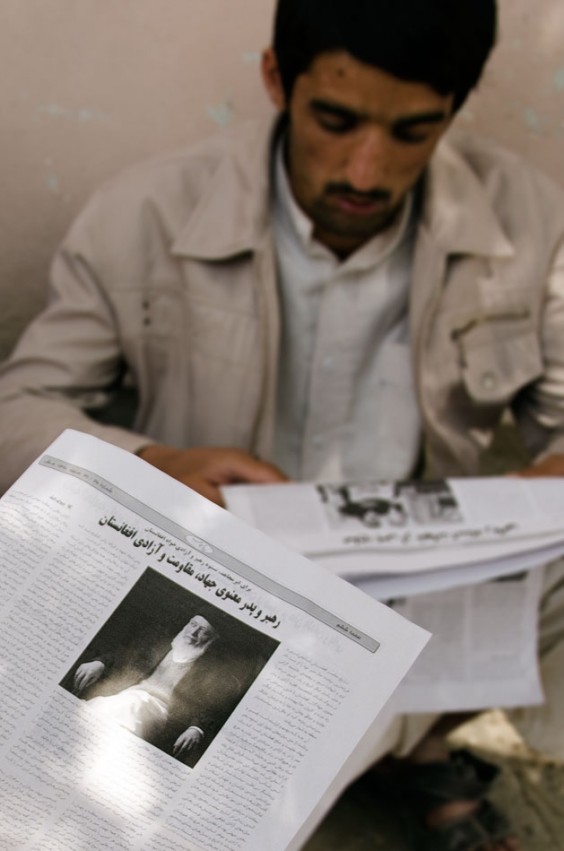 Late Edition: In the days since Rabbani's death, newspapers have been engaged in a game of oneupmanship in the race to make a martyr out of the late leader. Bumper stickers of Rabbani's likeness composited alongside Ahmad Shad Massoud, the rebel leader slain by the Taliban two days before 9/11, have become a popular item also. International media has been quick to note that Rabbani is the most prominent political figure assassinated in the country since the war began in 2001. 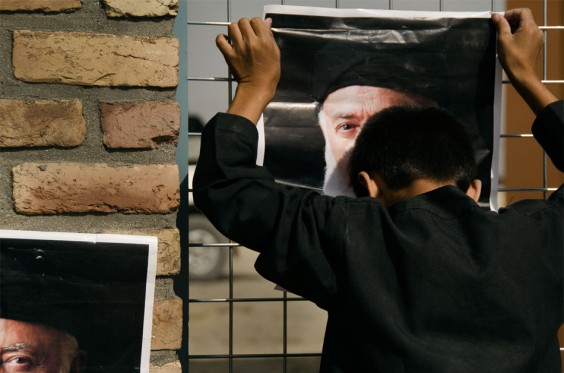 Split Mugs: A boy, too young by a decade to have memory of Rabbani's rule, fastens his poster to a wire fence. 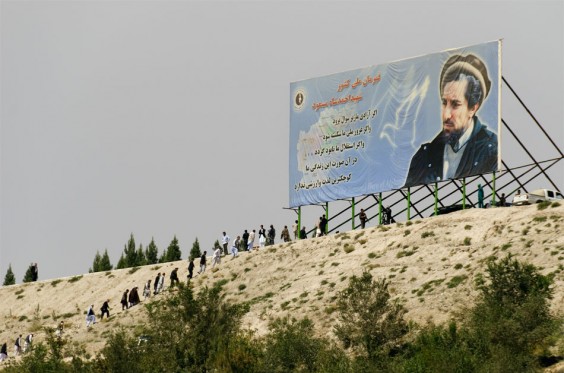 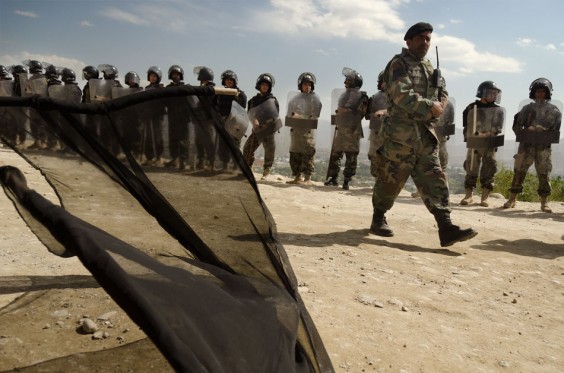 Ridge Formation: Riot police line up along one side of the Wazir Akbar Khan hill that now serves as Rabbani's resting place. Although media was banned from reporting on it, the burial ceremonies were marred by anti-government chants and crowd surges so strong that police had to fire into the air to disperse them. Over 3000 policemen were deployed for the funeral. 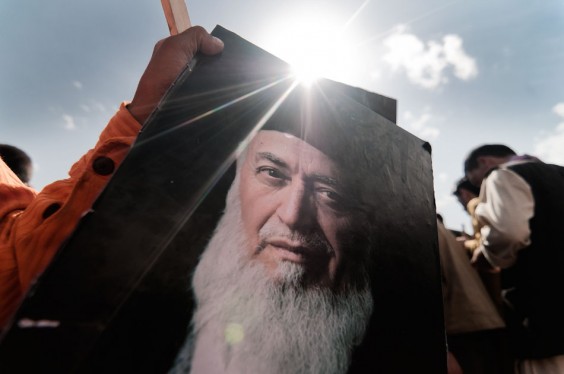 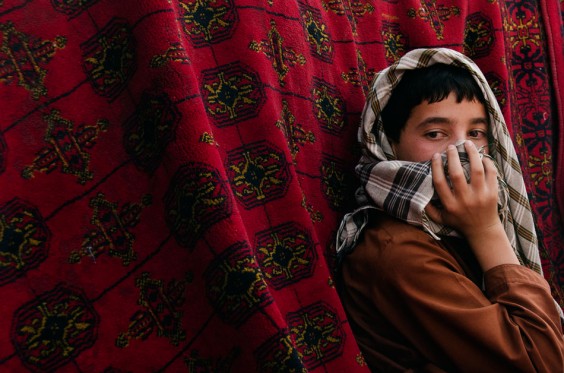 The Red-Walled Pit: A boy sits against the carpeted wall of Rabbani's grave, his rumah acting as an air filter to protect against dust swells. 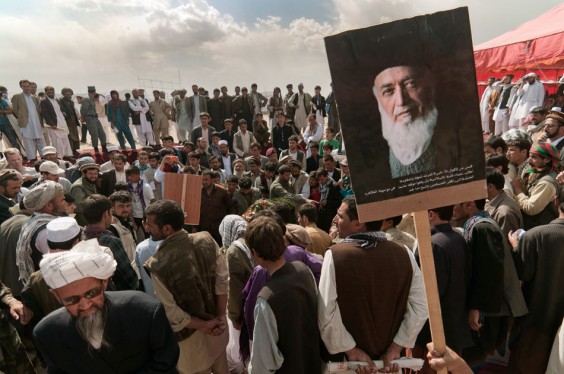 The Rapt Faithful: An all-male congregation of mullahs and mourners gathers around Rabbani's grave for a short service following his burial. 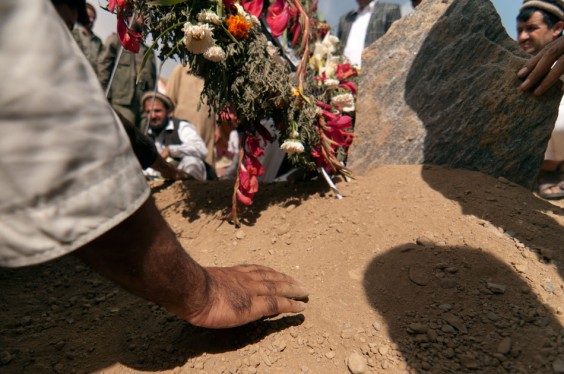 The Hovering Hand: Pilgrims pay respects to the mound of earth under which Professor Rabbani is buried. 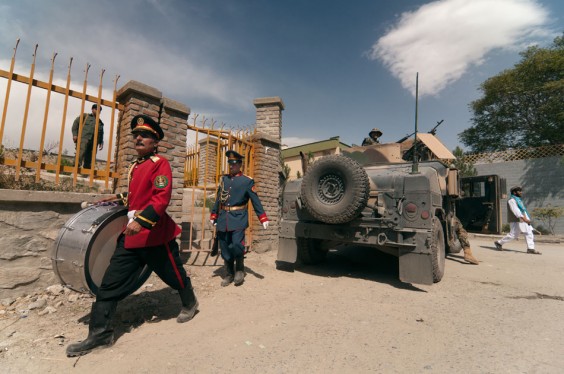 Different Beats: Members of a military band return from the burial ceremonies. At one point, an unannounced twenty-one gun salute scattered bystanders and caused a panic among security personnel fearing another attack. 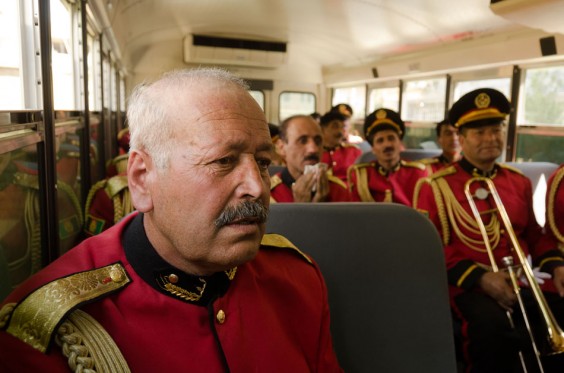 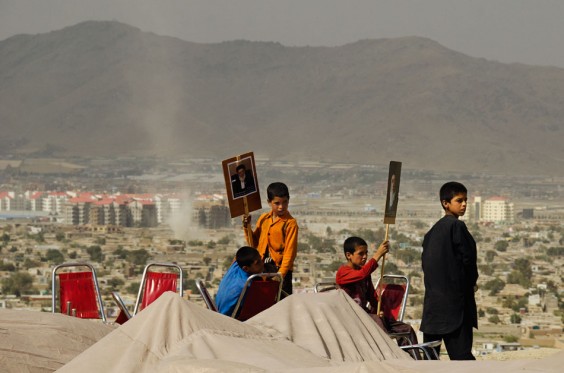 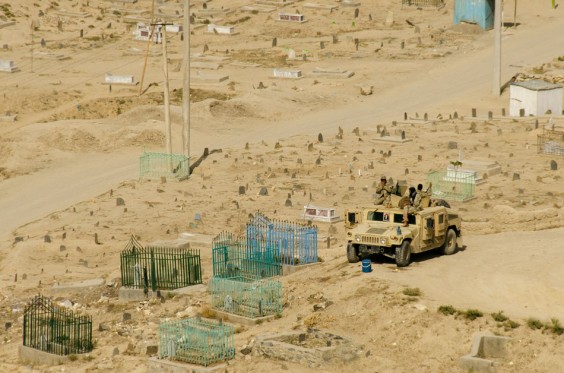 Cemetery Patrol: Afghan National Army soldiers pray, smoke and relax atop an American-issued Humvee handed down from coalition forces in a cemetery near the site of Rabbani's burial.