Two months into a handover that will see the nascent Afghan National Army and Afghan National Police take control of Afghanistan’s security from NATO-led coalition forces by 2015, Afghan troops descended on the Wazir Akbar Khan embassy district of Kabul for their biggest test yet. Hundreds of soldiers — many of them new graduates from the NATO training programs — hit the streets shortly after 1330 for a sustained nine-hour gunfight with insurgents after a series of coordinated attacks put much of the city under lockdown.

A fresh spate of attacks since we entered the country on Friday have contributed to making the past thirty days among the most vicious since the Taliban regime was toppled in late 2001. 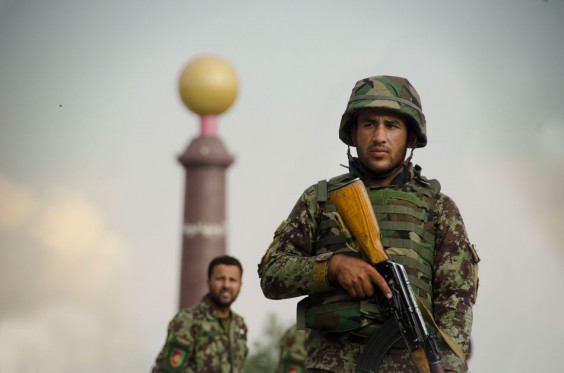 Preparedness: With the spire of the Massoud traffic circle looming behind them, two Afghan National Army soldiers stand guard near the location of the attacks. 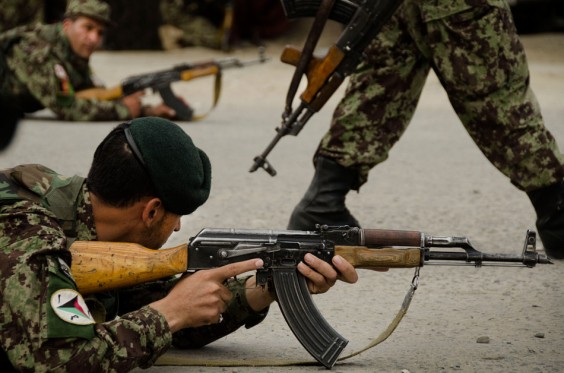 Index at the Ready: Afghan National Army soldiers respond to fresh gunfire during a series of coordinated bombings Tuesday afternoon near the US embassy in Kabul, Afghanistan. 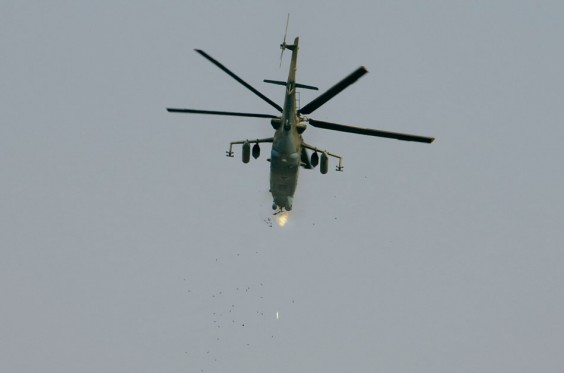 A Soviet-built, Afghan National Army-piloted helicopter gunship opens fire on a Taliban position. As many as ten insurgents were holed up in a high-rise construction site near the US embassy, launching rockets at targets in nearby embassy and military intelligence compounds. 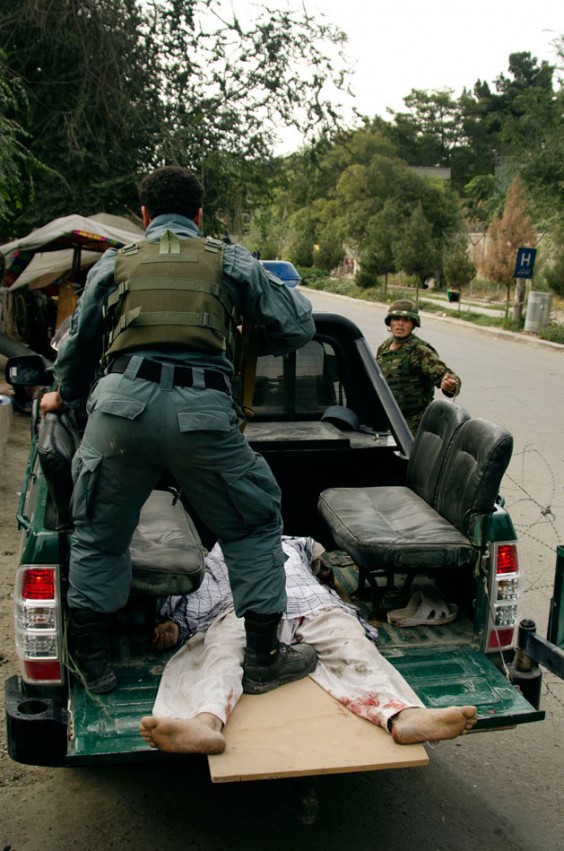 Canopy Evacuation: A dead Afghan man, suspected by Afghan National Army soldiers to be Taliban, is rushed off in a police pick-up truck. 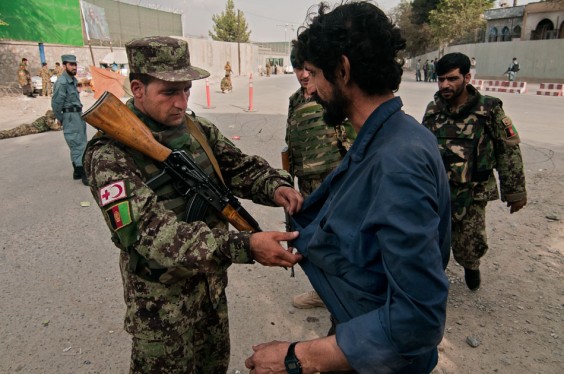 Suspicions: Afghan National Army soldiers inspect a man for potential security threats near the site of the Taliban attacks. 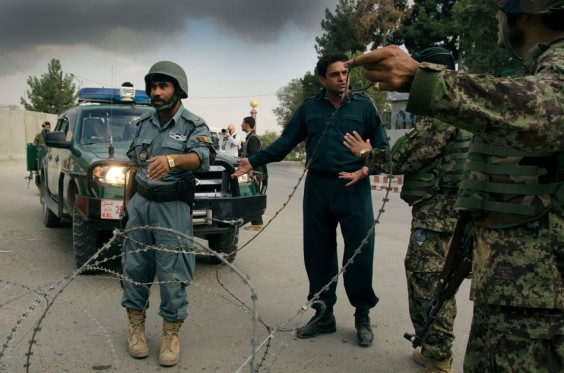 Afghan National Army soldiers get in a spat with a member of the Crime Scene Investigation Unit at a roadblock. 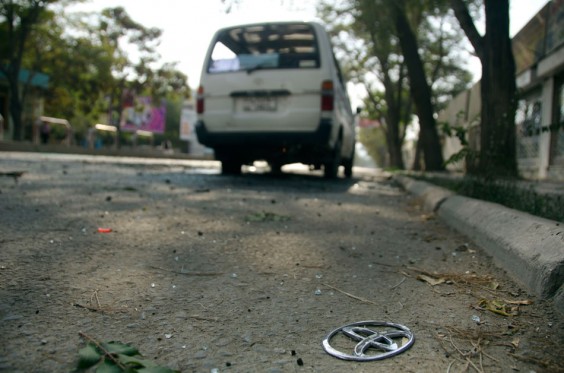 A Lonely Emblem: Blown off by the strength of the blast, a Toyota badge rests near a school minibus targeted a half hour earlier by Taliban rocket attacks. The minibus was empty when the rocket struck but a nearby shopkeeper was rushed to hospital.