It has been a little quiet around these parts of late, but with good reason. Austin has been in Jeffersonville, New York, attending the prestigious Eddie Adams Workshop, while I have been in Havana, Cuba, where I was stranded for three days more than I’d planned by Hurricane Paula. We are back in Mexico now, however, and have set off on the second leg of our journey. And while it may not be the most dangerous leg of that journey, it certainly promises to be the longest and, to some extent, the most intense: in a little over three weeks, we will have crossed Mexico from the Caribbean Sea to the Pacific Ocean, will have seen both the Gulf of Mexico and the Gulf of California, have crossed the latter into Baja California, experienced our first Dia de los Muertos, and plenty more besides. We will get back to posting regular series over the next couple of days, but in the meantime offer this collection of images from our first three-and-a-half weeks in-country. 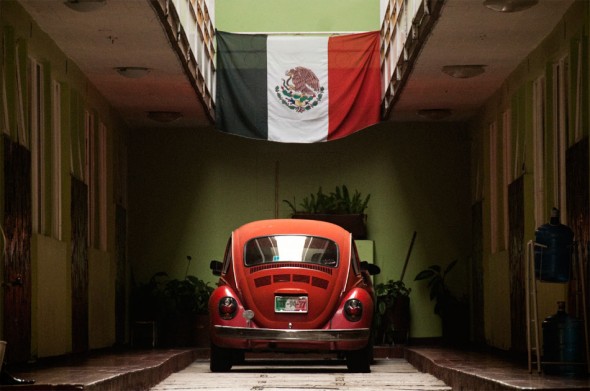 Two Flags: A VW Beetle, one of the most popular and ubiquitous cars in Mexico, sports a patriotic license plate in a Oaxaca carport. 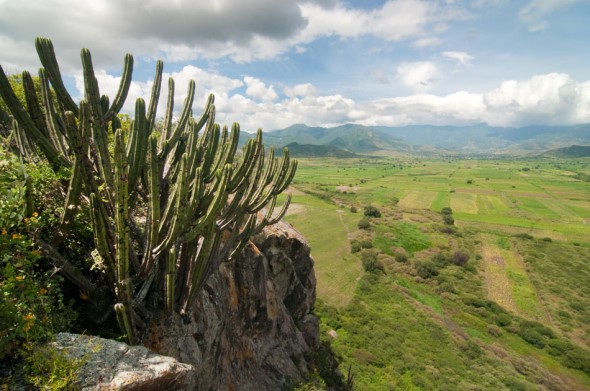 God's Country: The view from a rocky outcrop near the Mayan ruins of Yagul near Oaxaca.

The View at 10,000 Feet: The pueblo of Cuajimoloyas in the Sierra Juárez Mountains, near Oaxaca. The town sits at an elevation of 3,100 metres. 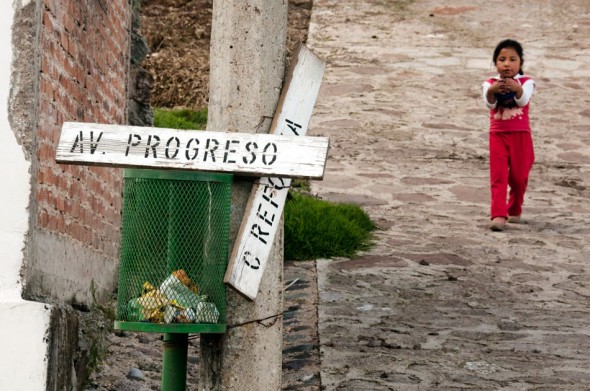 Progress and Reform: A little girl walks down a precipitously steep road in Cuajimoloyas. 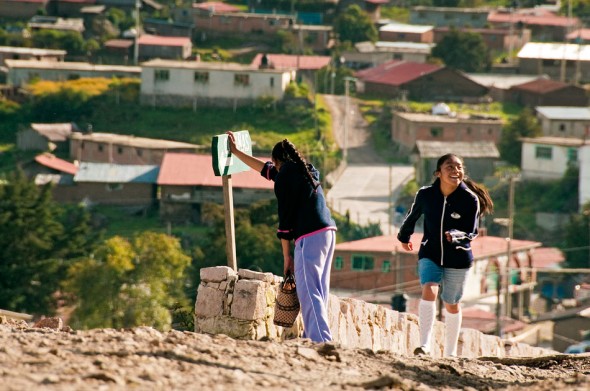 Race You to the Top: Two schoolgirls celebrate the end of the day in Cuajimoloyas. 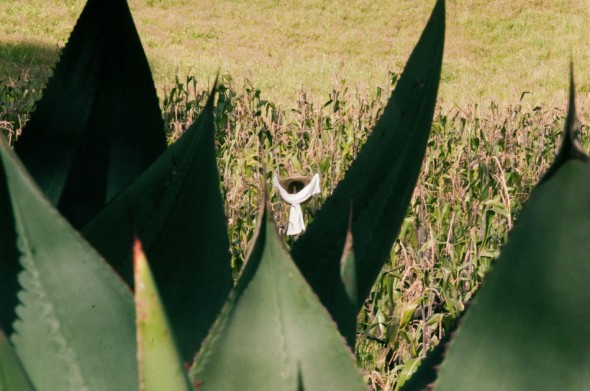 If I Only Had a Brain: A rudimentary scarecrow guards the corn in Cuajimoloyas. 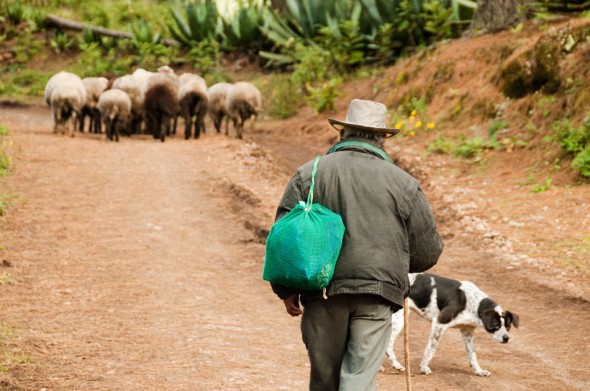 Come Behind: A farmer and his dog herd a small flock of sheep up a mountain road on the outskirts of Cuajimoloyas. 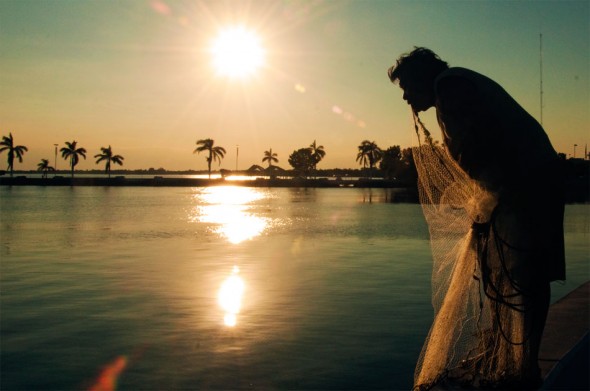 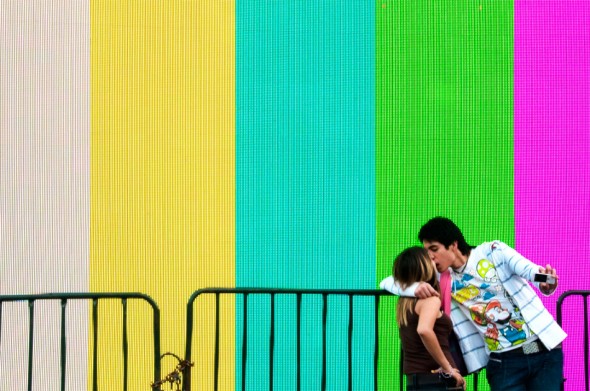 Self-Portrait: A couple record their public display of affection in front of a giant video screen during preparations for Mexico City's Bicentenary of Independence celebrations. 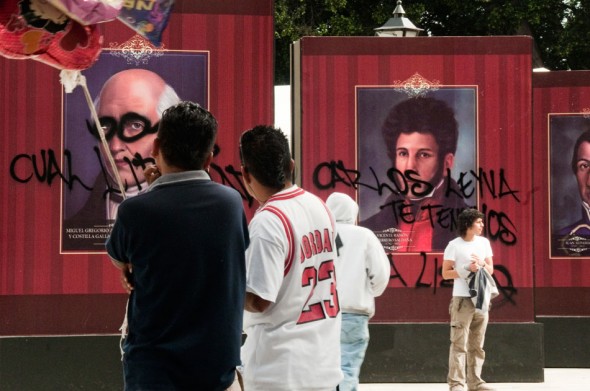 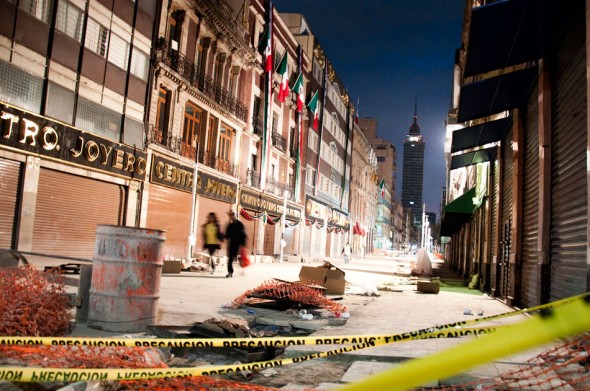 Before Sunrise: An almost-empty street leading to Mexico City's Zócalo on the morning of the city's famous marathon. 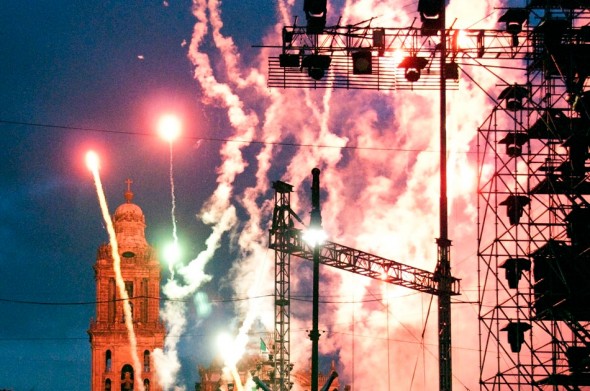 8½: Fireworks over Mexico City's Zócalo during the Bicentenary of Independence celebrations. 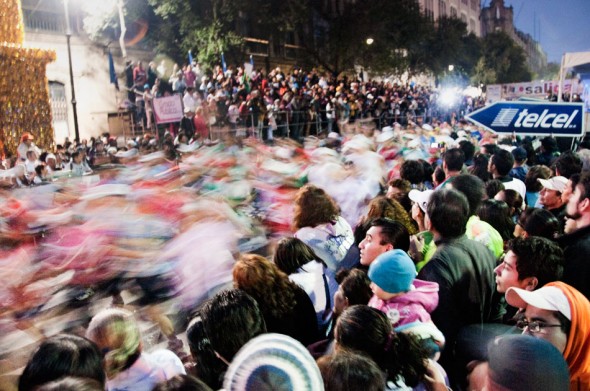 Motion Blur: Hundreds of professional and amateur runners cross the starting line at the beginning of the women's marathon. Some will not make it back to this point for another four or five hours. 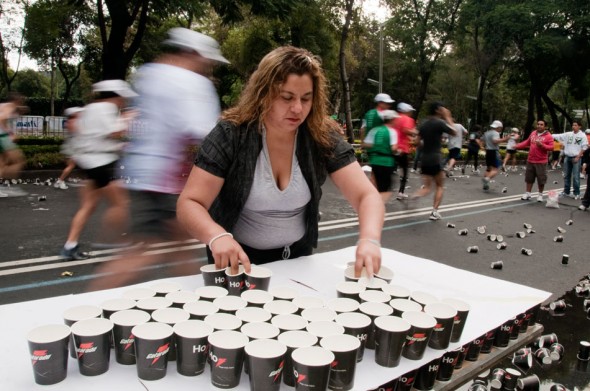 Supply and Demand: A marathon volunteer scrambles to grab as many water cups as she can in order to service to steady stream of runners at the marathon's midpoint. 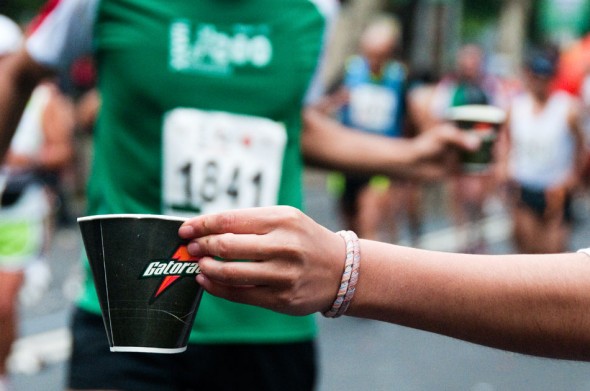 Is It In You?: A volunteer's hand offers water to passing marathon participants. 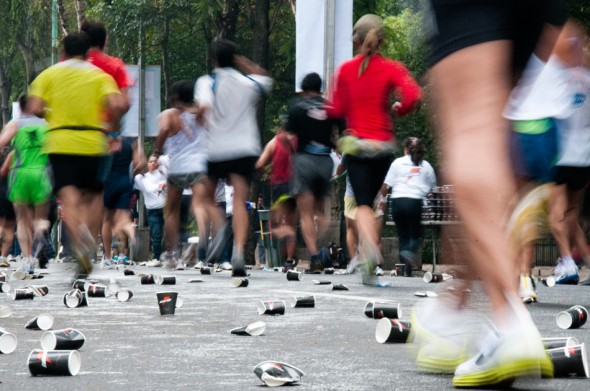 A Roaring Trade: Paper cups litter the pavement at the marathon's midpoint. 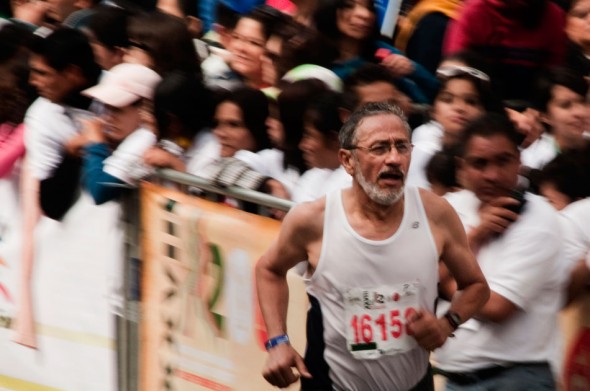 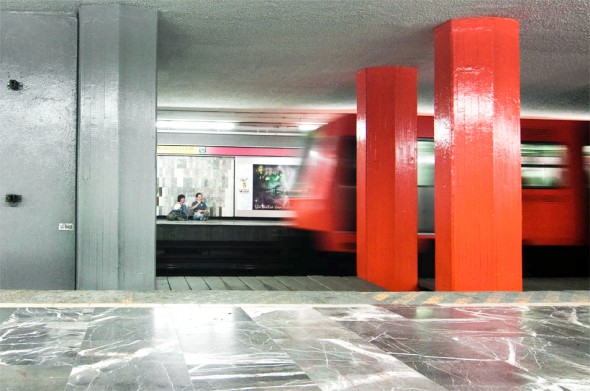 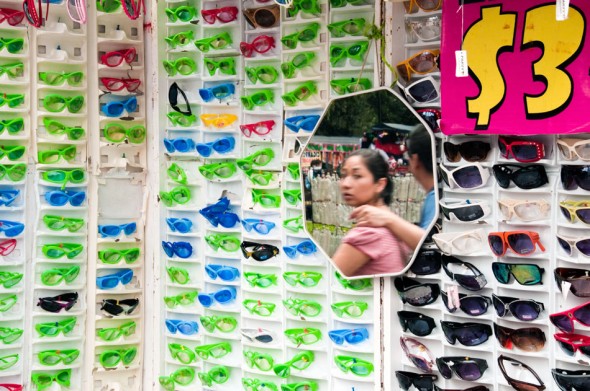 Now You See Me: Cheap sunglasses for sale at Parque Chapultepec in Mexico City. 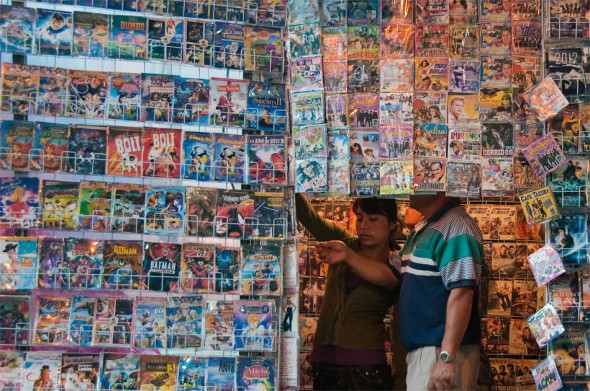 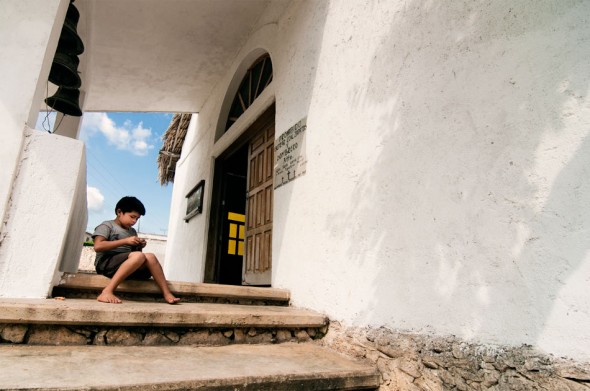 Child of the Talking Cross: On the steps of the Sanctuary of the Talking Cross in Felipe Carrillo Puerto, Quintana Roo. Formerly known as Chan Santa Cruz, the capital of the Maya Free State until its annexation by Mexico at the beginning of last century, the town was famous for being the place where, according to legend, a speaking crucifix emerged from a spring and instructed the Mayan leaders to resist those of European descent. 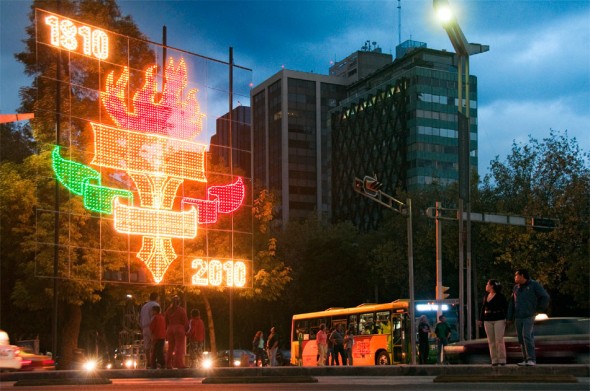 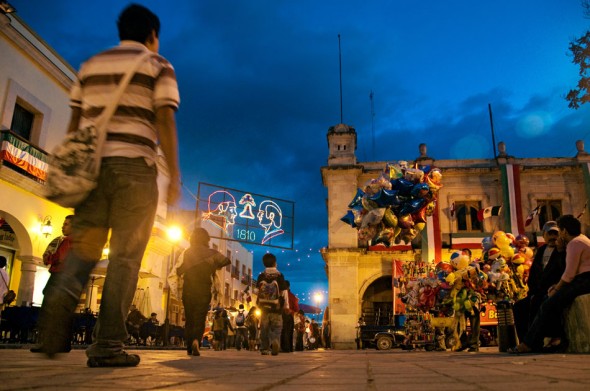 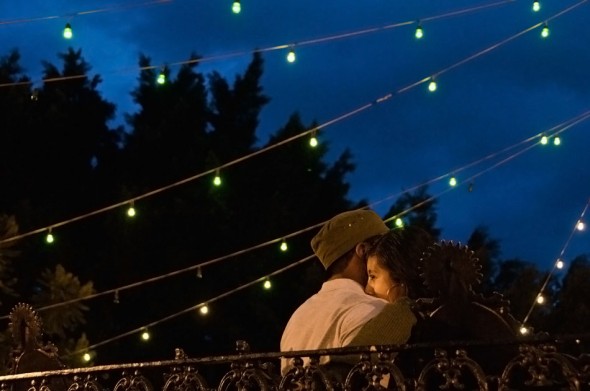 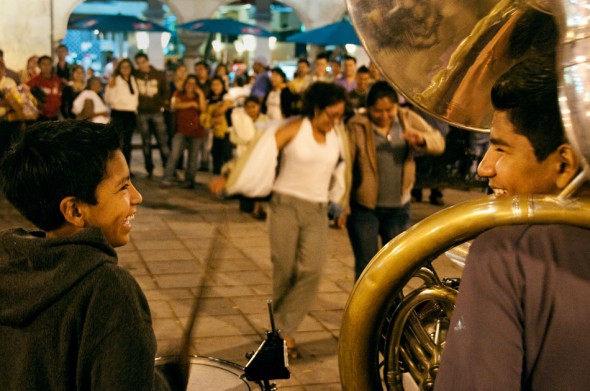 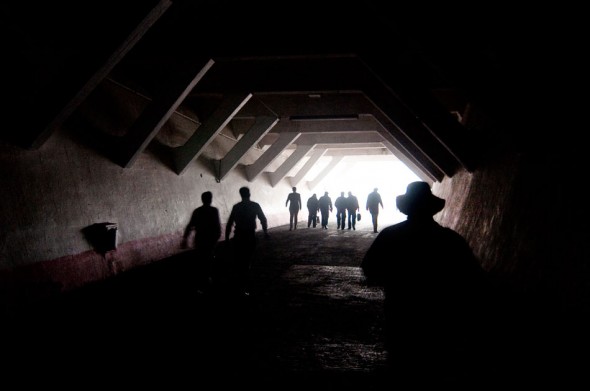 So Did We Move Along and Toward the Light: Punters slowly make their way out of Mexico City's Plaza de Toros after the last bullfight of the season.