Don’t let them tell you that the citizens of Mexico City went out to the Zócalo “despite their fears”. That they “braved” the streets or “showed courage” going out to celebrate two hundred years of their country’s independence. Yes, it’s true that Mexico has a lot on its plate and that there’s a lot still left to work through. Yes, it’s true that Ciudad Juárez cancelled its eleven o’clock Grito in fear of what the cartels might do if it went ahead, and that the next day a twenty-one-year-old photojournalist was murdered in that city. It’s true that indigenous populations in the south still believe that they’re getting the short end of the stick, and that political and police corruption needs to be curbed. But that doesn’t mean that Mexicans didn’t feel they had anything to celebrate. The US and international media narratives surrounding the events this week have been overly simplistic when not wilfully misleading: the violence-takes-hold-of-this-country-every-hundred-years and the nothing-to-celebrate-here memes are rubbish. Much more accurate—if less exciting—are the headlines like this one from Reforma on the morning after the celebrations: “Mucho y nada que festejar.” A lot and nothing—not just nothing. Certainly, one would be hard-pressed to find a crowd as proud as that which met Felipe Calderón’s Grito with the return cry of “¡Viva!” on Wednesday night. One would be hard-pressed to hear a rendition of a national anthem as passionate as the one that followed those cries. Of course, Mexico City isn’t the rest of Mexico. But then neither is Ciudad Juárez. The US media— adverse to nuance at the best of times, let alone when reporting on its southern neighbour—would have you believe that the entire country is in a state of siege. It isn’t. Don’t let them tell you the Mexican people were scared. The Mexican people were celebrating. 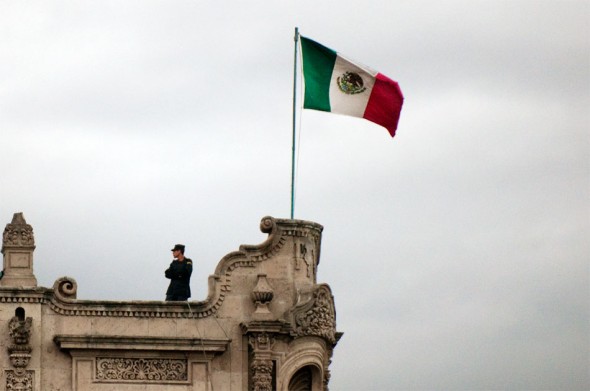 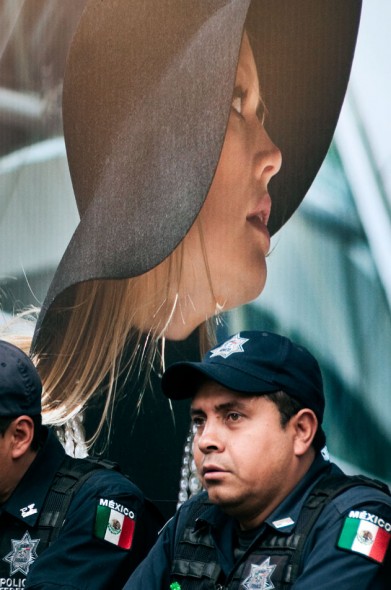 Two ears, three hats. Across central Mexico City 40,000 forces were deployed for the largest celebrations in the nation's history. 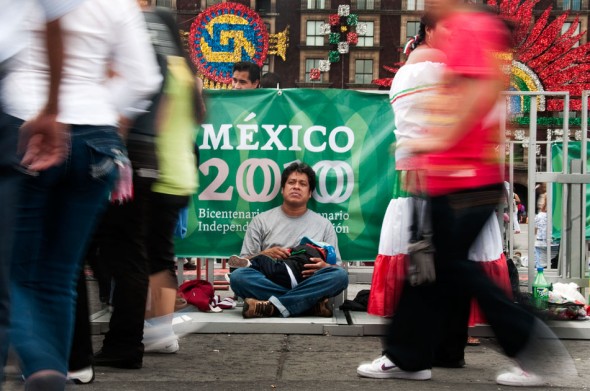 Mobility where in a few hours there will be none. 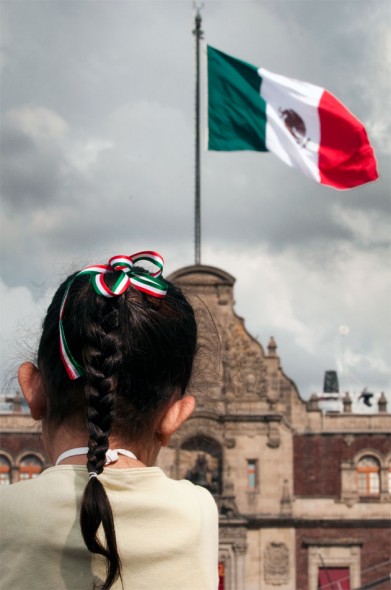 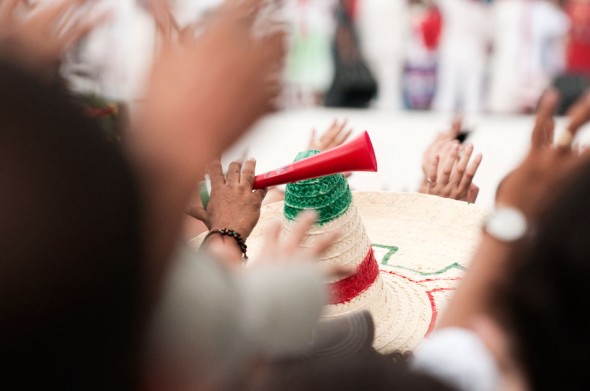 Fingers I (they reach out in support) 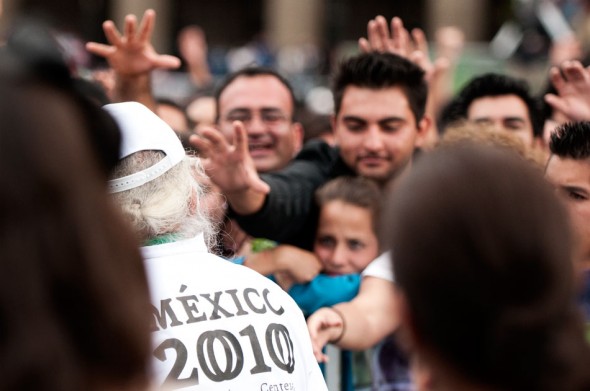 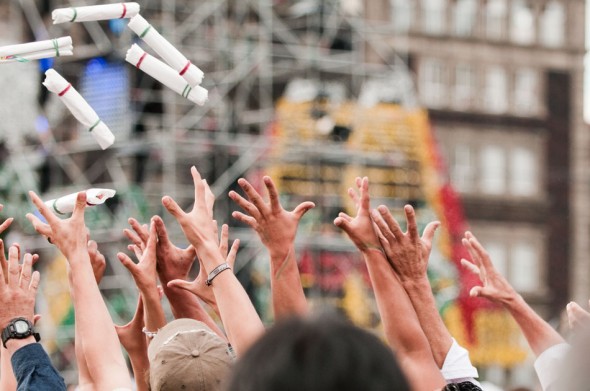 Fingers III (they reach out for poncho-wrapped light wands) 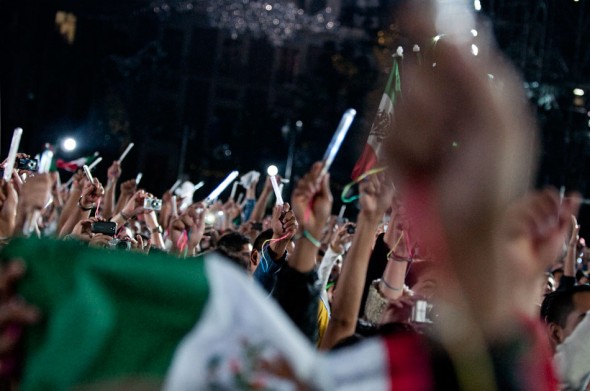 The light wands make their entrance. 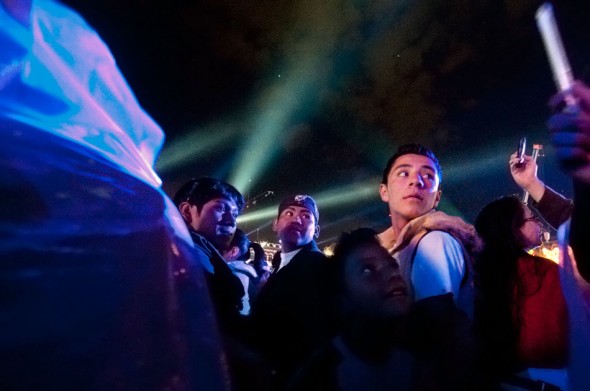 Beams across the sky. 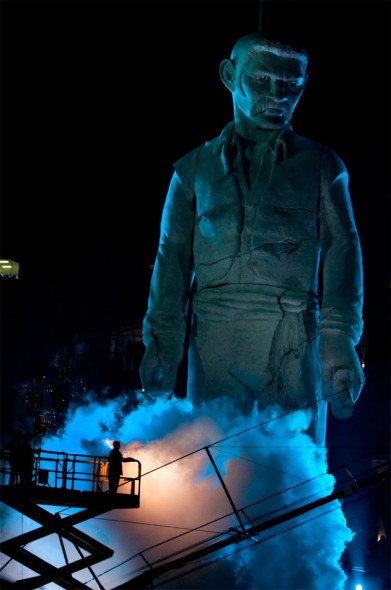 Man and his creation. 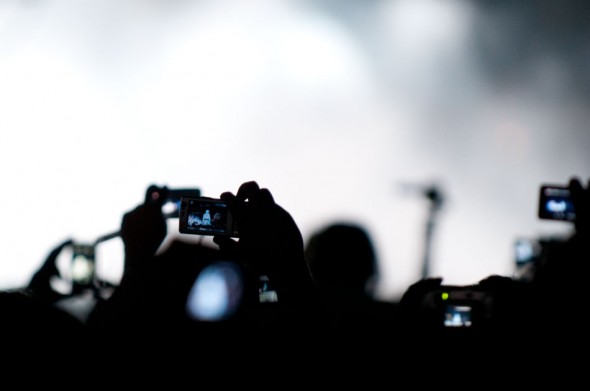 Giant in the fog. 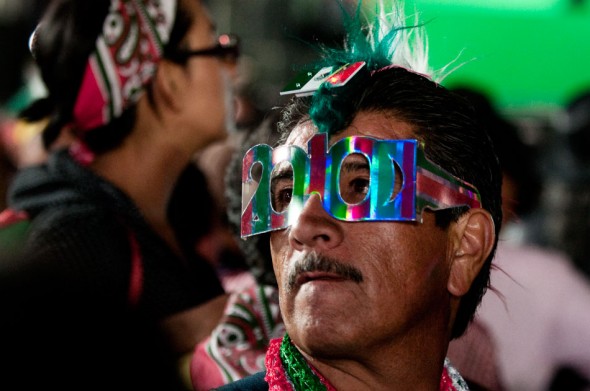 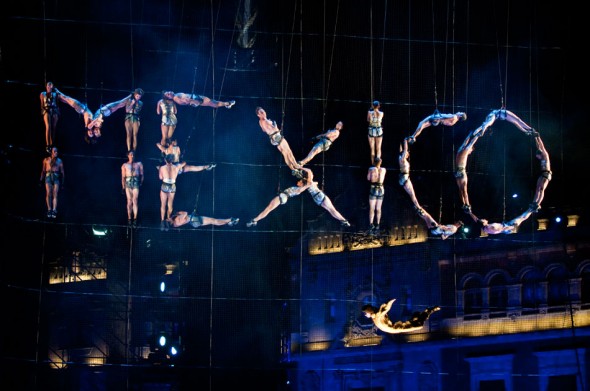 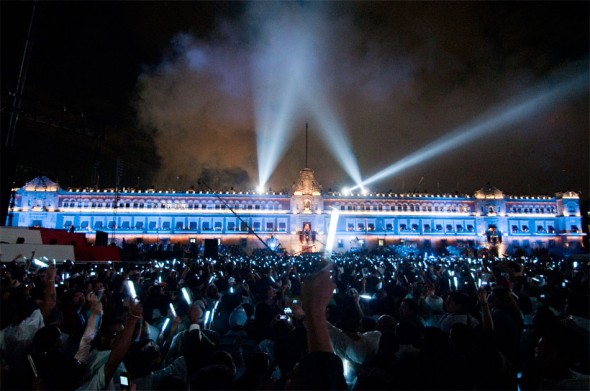 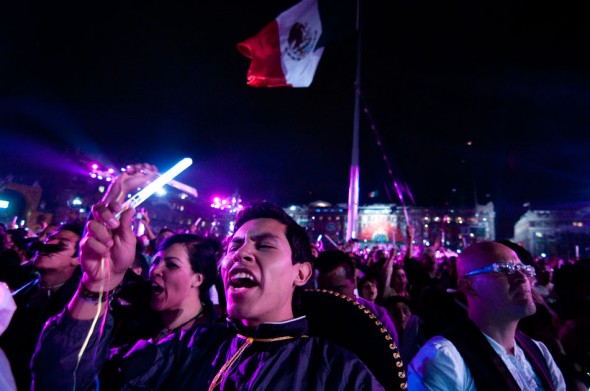 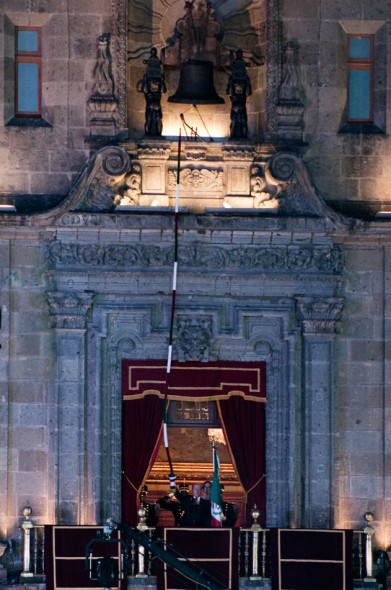 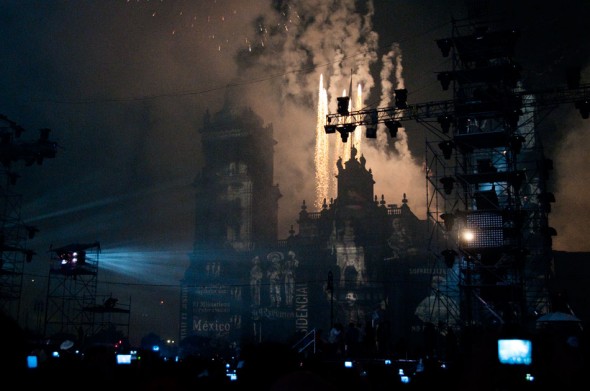 Cathedral projections as hundreds of camera and phone LCDs watch. 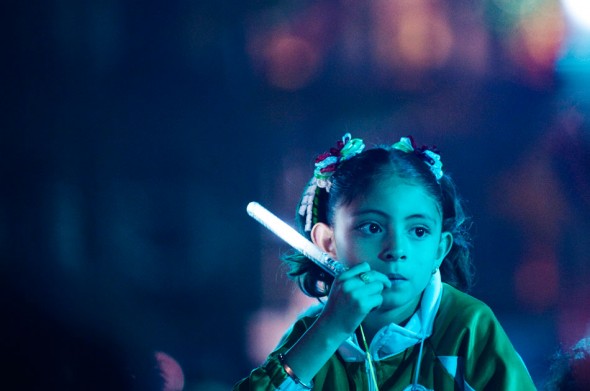 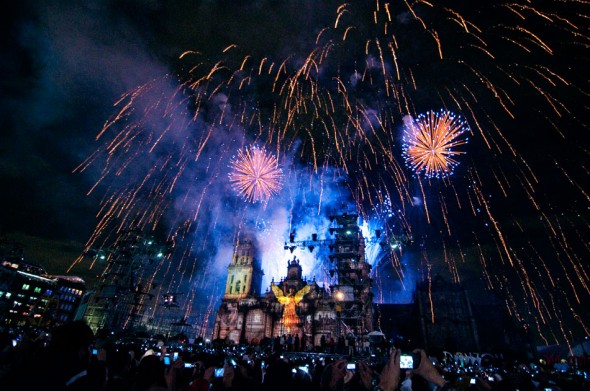 Lights in the sky / lights on the ground. An estimated eight tons of fireworks were set off. 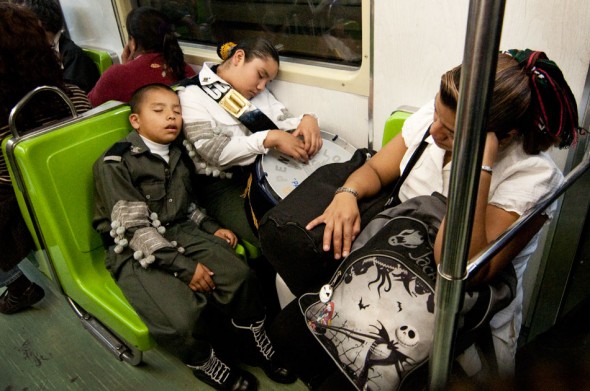 Still dressed in their uniforms, participants from the evening's parade sleep on the late-service metro.