Like any number of countries born in the crucible of war, Mexico, when it sings of itself, sings primarily of blood and sacrifice. “Let the national banners be soaked in waves of blood,” runs one line of the country’s national anthem. “Think, oh beloved fatherland,” runs another, “that heaven has given you a soldier in every son.” On December 8, 2005, Article 39 of Mexico’s Coat of Arms, Flag and Anthem Law was adopted, allowing for official translations of El Himno Nacional Mexicano’s lyrics into a number of native languages. (Such translations, of which there are currently six, must be approved by the Ministry of the Interior and the Ministry of Education, with a government secretariat keeping a record of those that have been approved.) But symbolic concessions such as Article 39—a symbolic concession, what’s more, on the matter of symbolism itself—rarely redress any real injustice or imbalance. Which is doubtless why Domingo Rodriguez felt he was justified in interrupting Felipe Calderón’s Secretary of Education, Josefina Vázquez Mota, when she rose to speak at a special joint sitting of congress marking Mexico’s Bicentenary of Independence on Wednesday. “200 Años y los Pueblos Indígenas en el Olvido,” read the sign that Rodriguez held high above his head as he stood silently in front of Vázquez Mota. “200 Years and the Indigenous People are in Oblivion.” When congress rose at the conclusion of the sitting, its members sang of blood and sacrifice in Spanish. 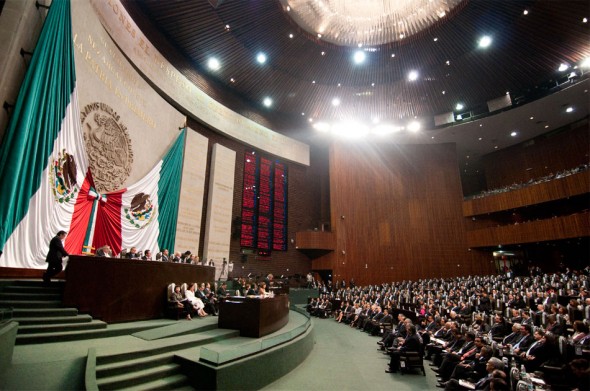 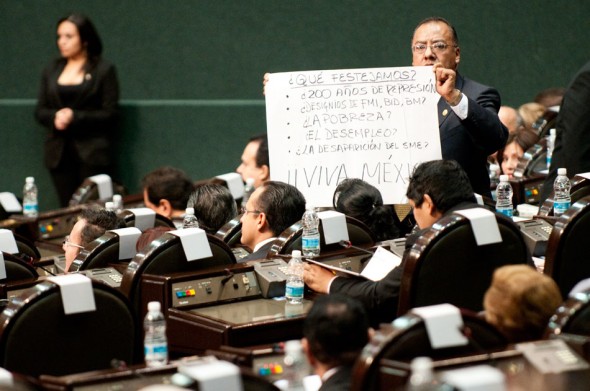 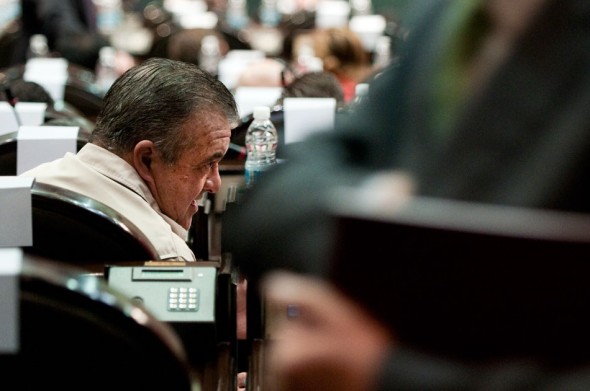 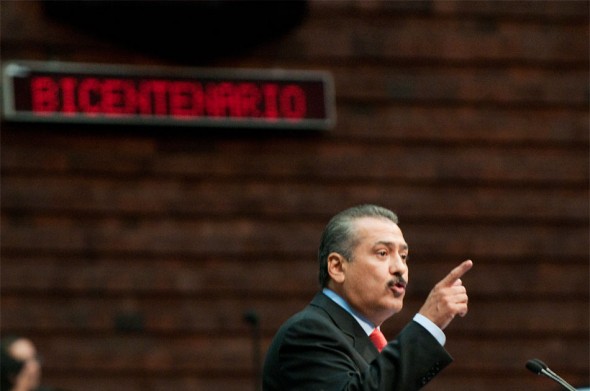