Viewing: Home › Between Two Anniversaries › Death in the Afternoon

Between Two Anniversaries is a new reportage project focusing on contemporary Mexico in its 200th year. Together with journalist Matthew Clayfield, I’ll be retracing the routes of independence and revolution over the next eight weeks, publishing bites from the journey to this blog and later — we hope — in a new book for publication in 2011.

This first entry looks at the last bullfight of the season at the Plaza de toros México in Mexico City. 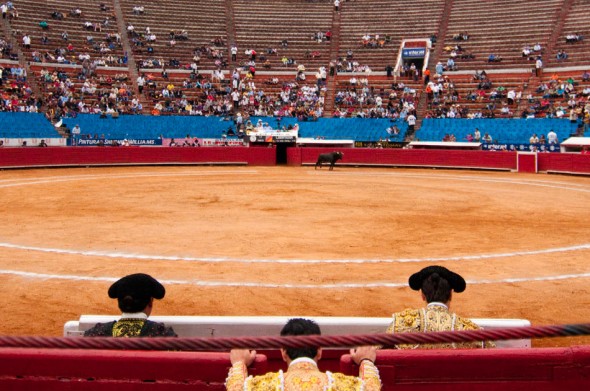 Enter the bull. Constructed in 1947 with a capacity of 48,000, the Plaza de toros México is the largest bullring in the world. 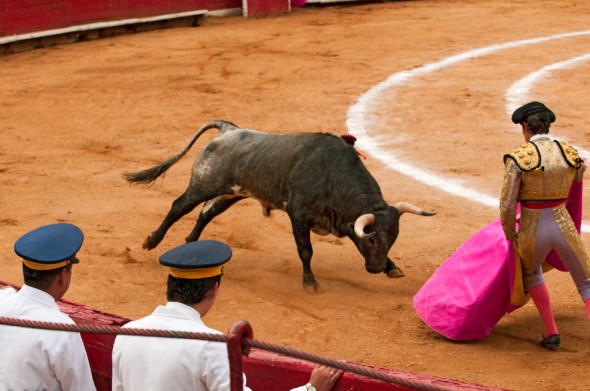 Charge/dodge. Banned in most of the world, blood sports are on the decline through Latin America and bullfighting is no exception. 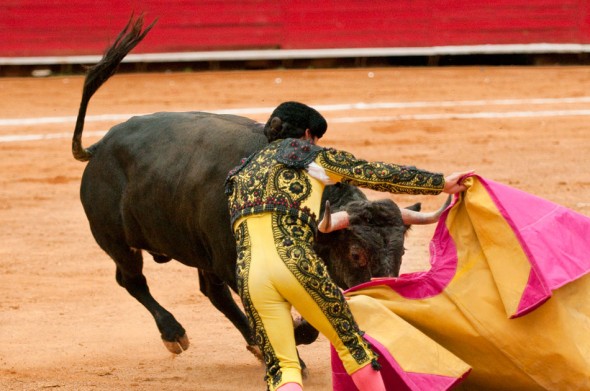 The matador's dance of deception. 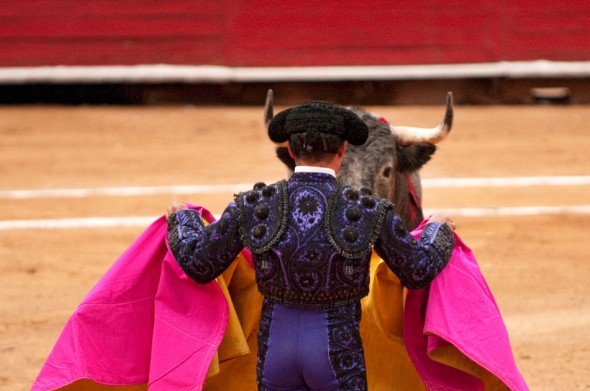 Size up, stare down. 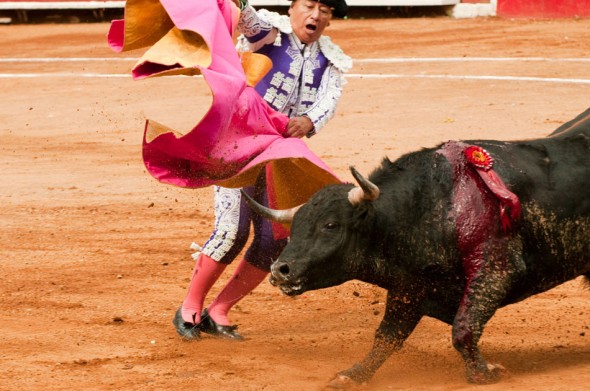 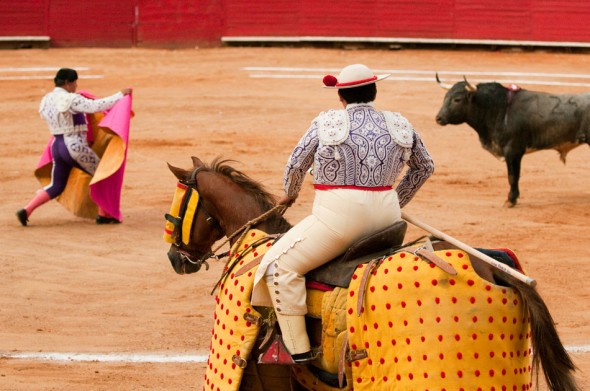 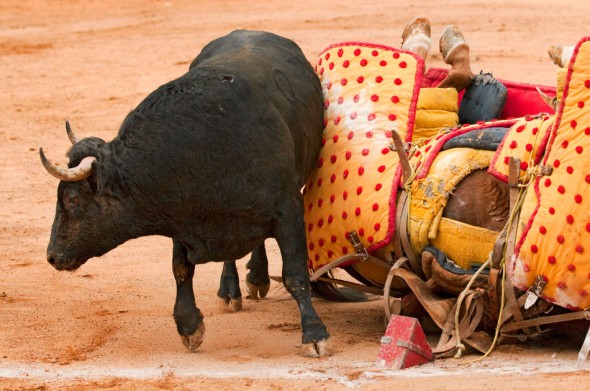 Left to right, legs down, legs up. 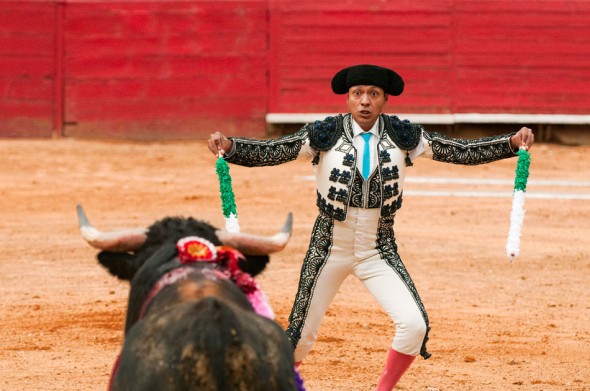 The bull prepares to charge. 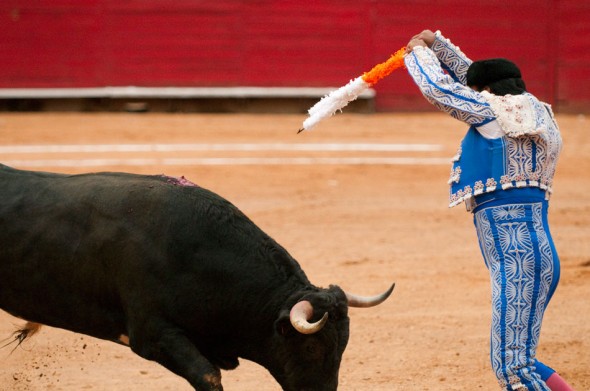 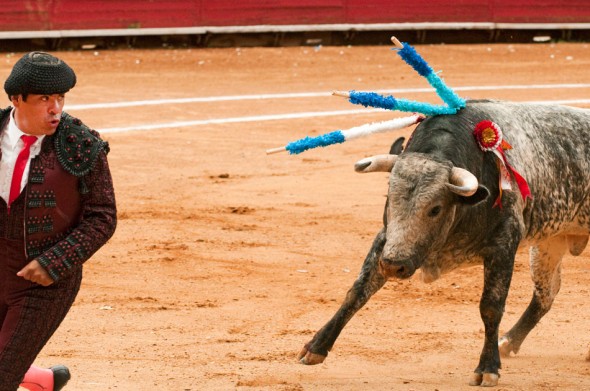 Speed and the space between. 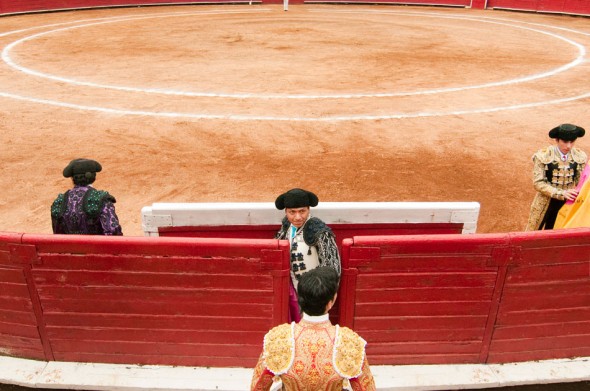 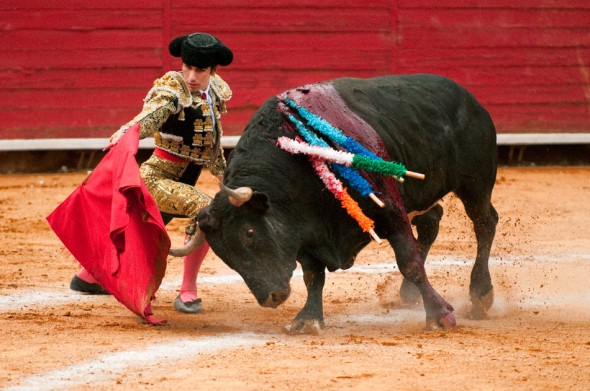 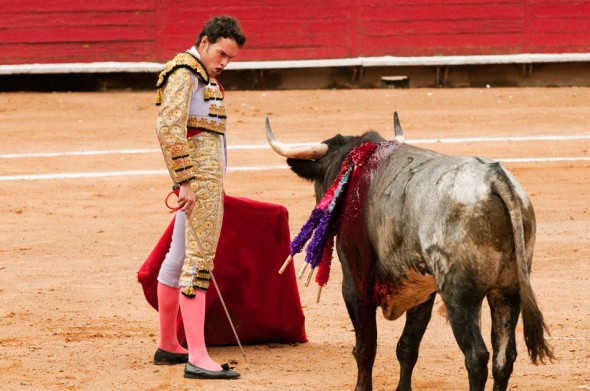 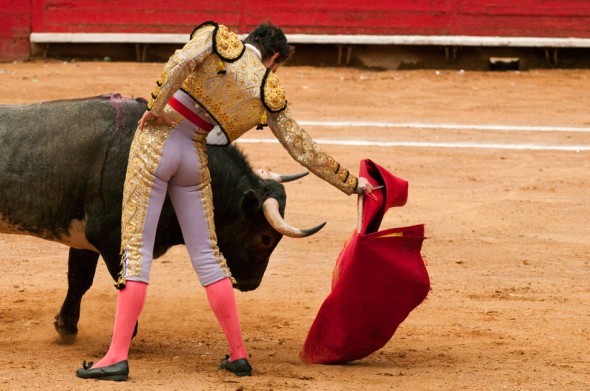 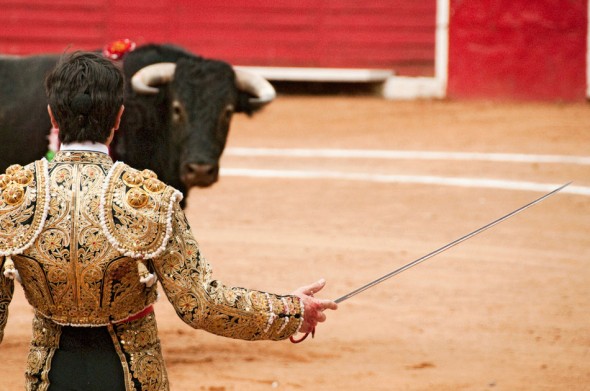 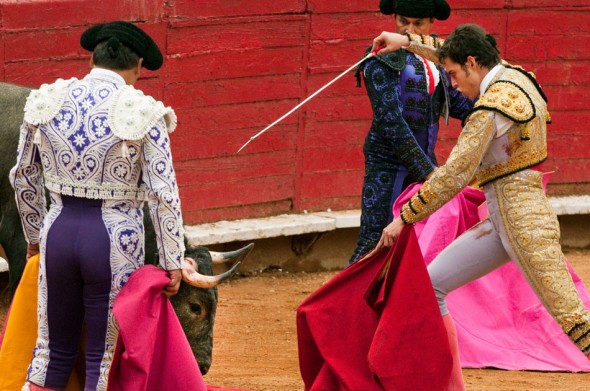 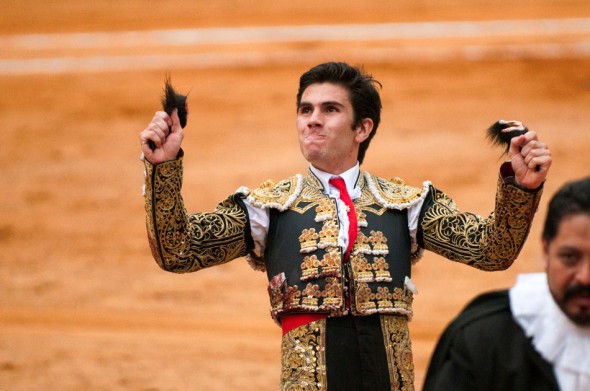 Victorious, the matador clutches his trophies: the severed ears of his opponent. 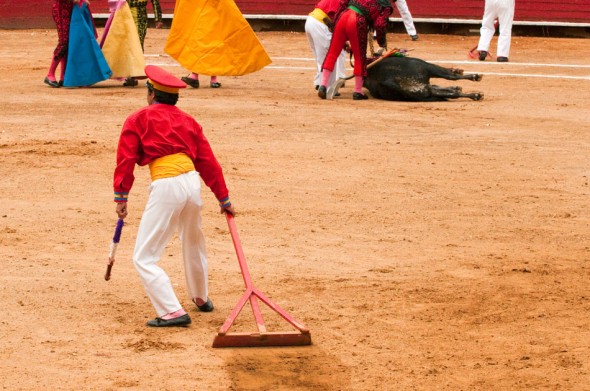 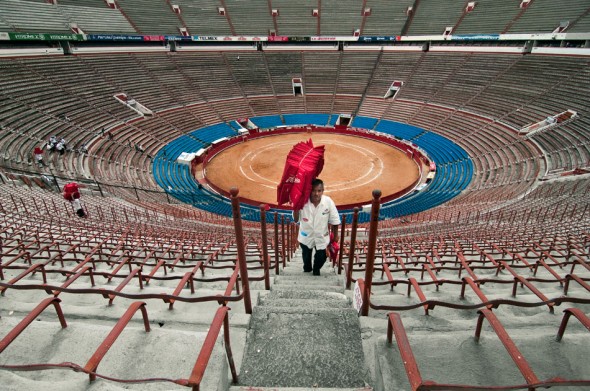 Later, in the bullfighting press, the sixth and final bull, Amigo, was made out to be very good, very noble, with only one or two writers bothering to recall that he had started out poorly and that the crowd had called for his replacement. They also failed to note that Lorenzo, trying hard to entertain the audience after a pedestrian and uninspired beginning, worked the bull one series too many and had to kill him after three lacklustre final passes. Again the crowd was crying out, this time urging the twenty-year-old matador to kill the bull already, to come on, get it over with, he’s no good anymore, this is ridiculous. Lorenzo received two ears for his efforts, but only after one very vocal section of the crowd, his family and friends, protested the judge’s initial decision to award him only one. One, of course, was all he actually deserved. And by seven o’clock the season was over.