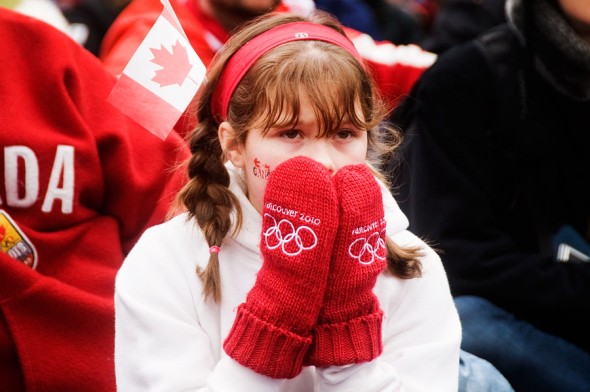 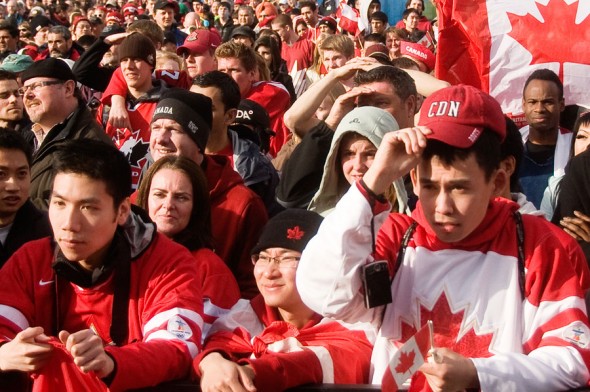 Detail of a crowd. 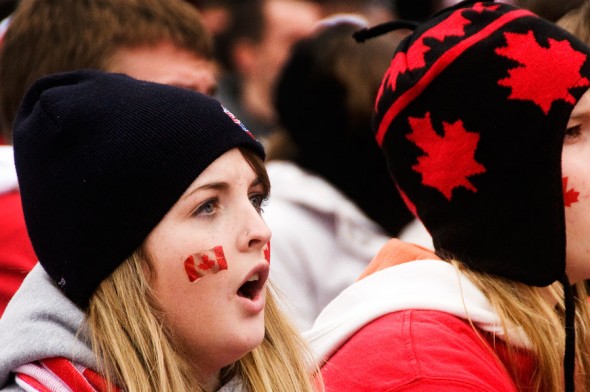 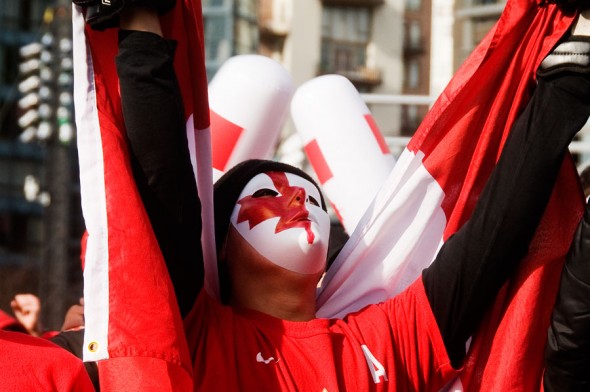 Canada celebrates a goal from Jonathan Toews 12:50 into the first period. 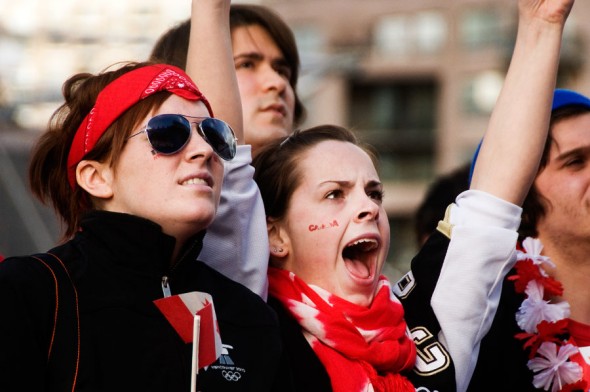 Canada takes a 2-0 lead with a second period goal from Corey Perry. 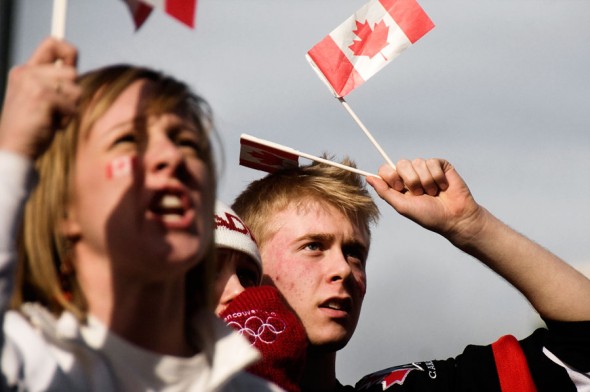 America comes back to narrow Canada's lead with a goal from Ryan Kesler. 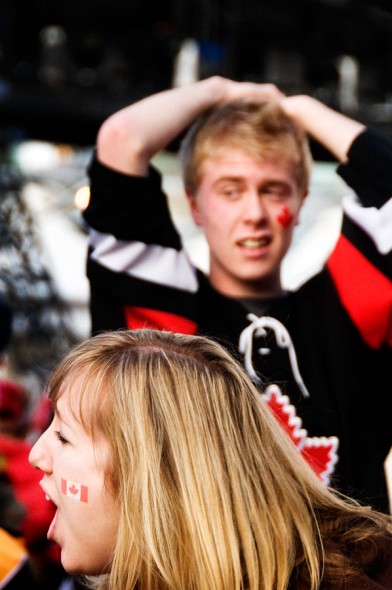 America comes back to tie the game in the dying seconds, forcing overtime. 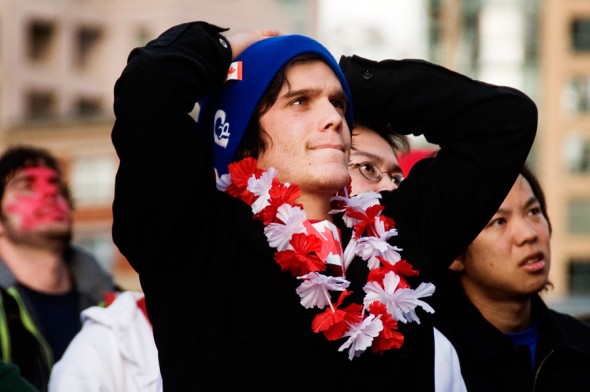 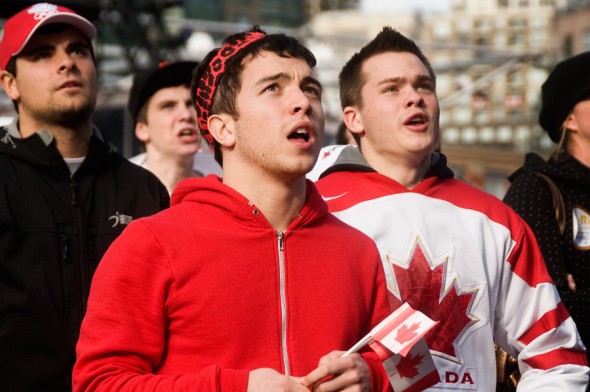 Crosby takes possession of the puck for Canada... 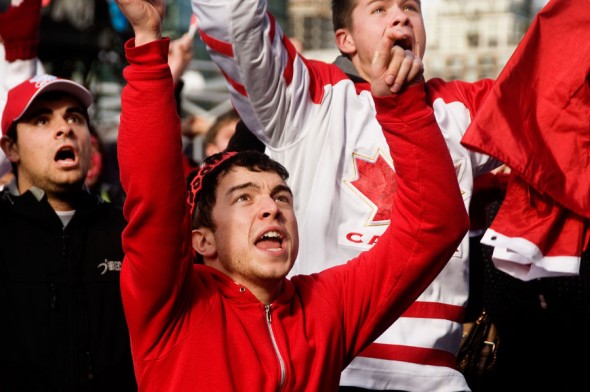 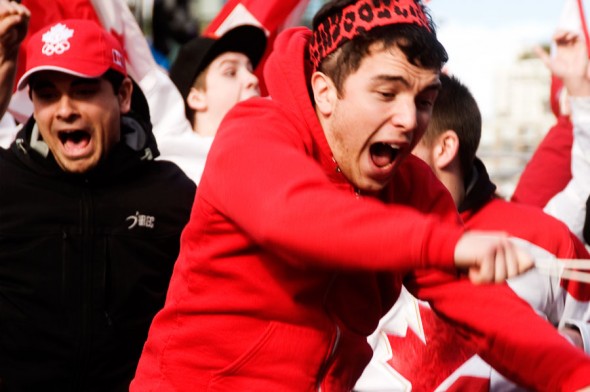 "Where were you when Canada won gold?" 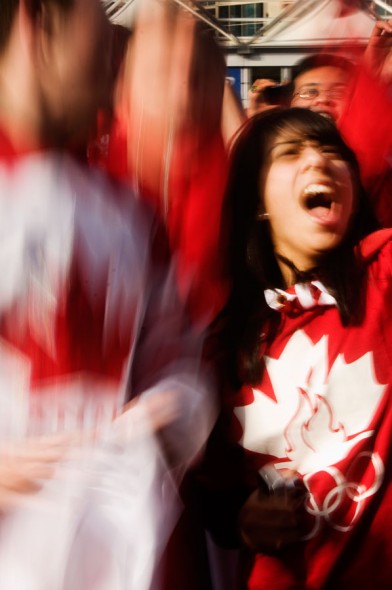 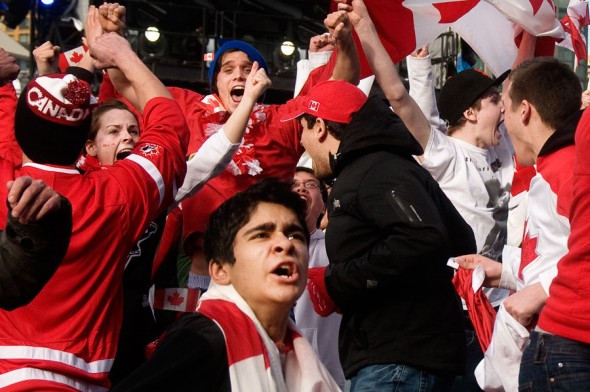 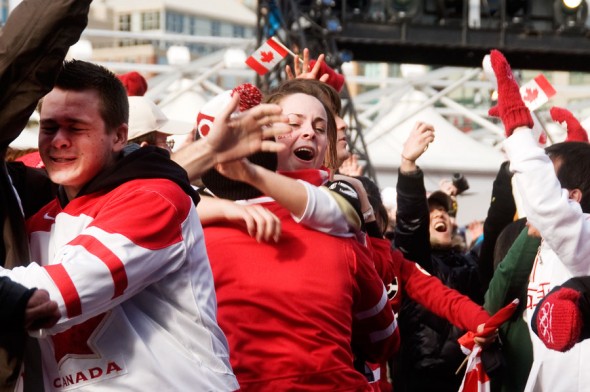 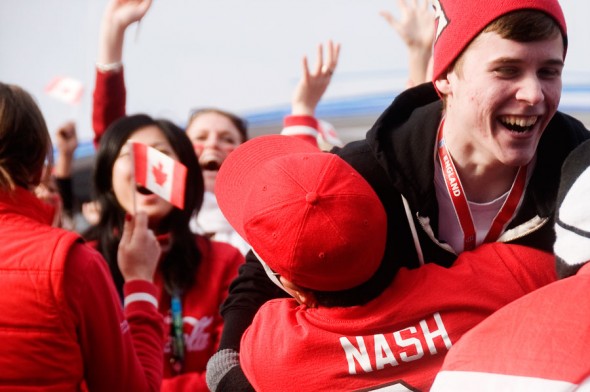 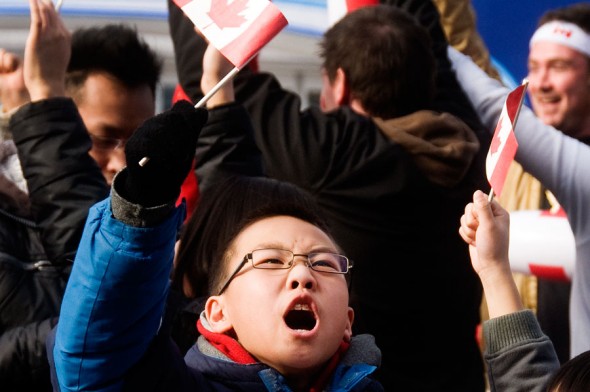 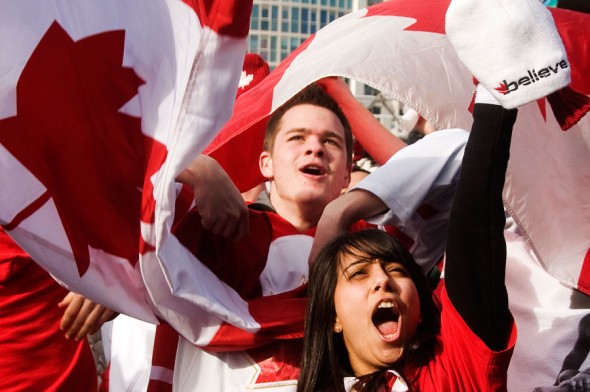 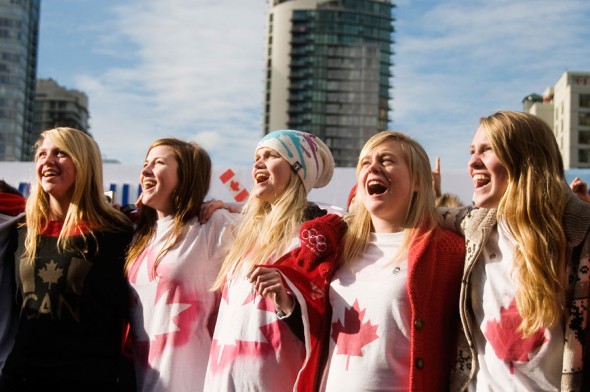 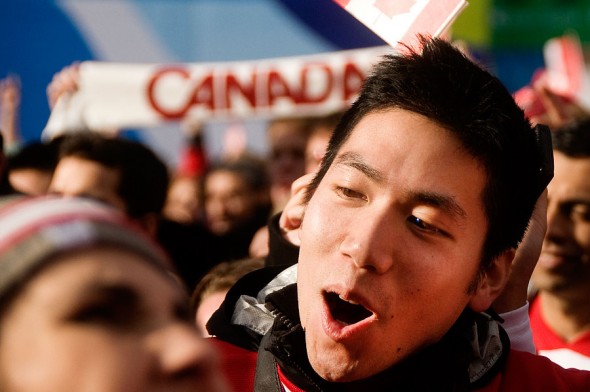 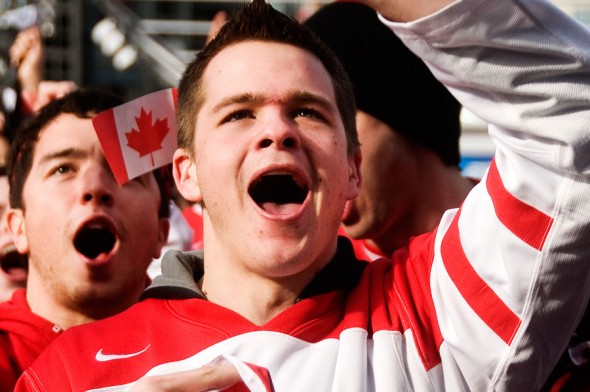 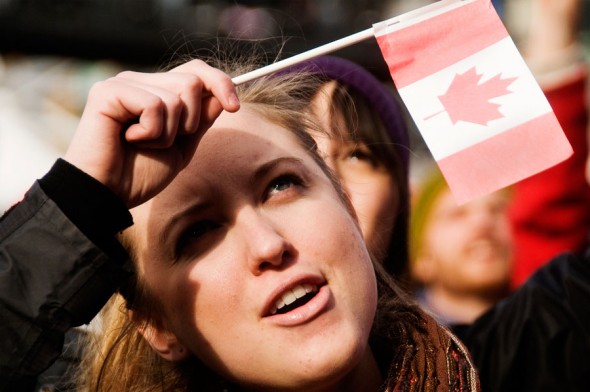 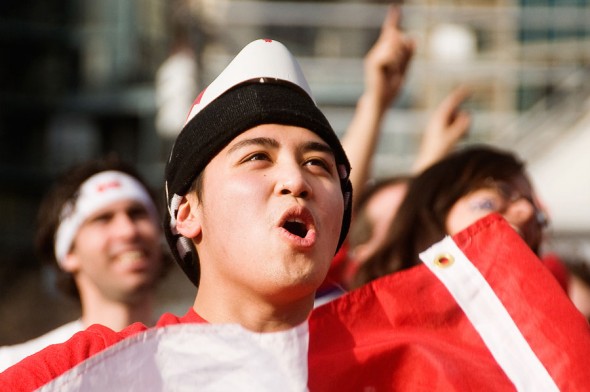 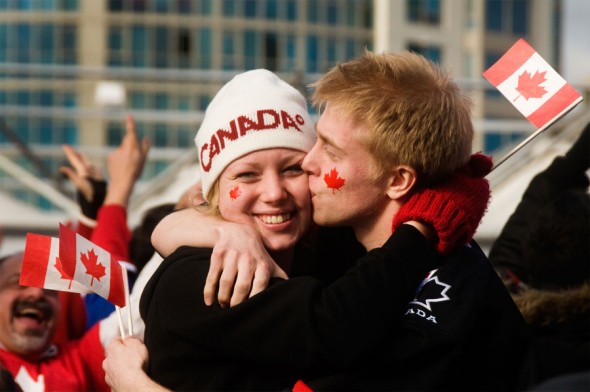