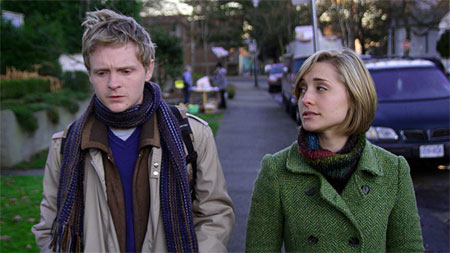 It’s a short film document of a long conversation, in real time, from awkward reunion to difficult goodbye. It’s my first team-up with The Studio, a Vancouver collective who spend their days off from being the paragon of cool to double as damned decent producers. Chad Krowchuk (RV, Mentors) and Smallville‘s Allison Mack fill the void on the fairer side of the lens.

You’ll see it later this year at festivals, or maybe on an airplane or something. Expect, for a short, a pretty wide release. 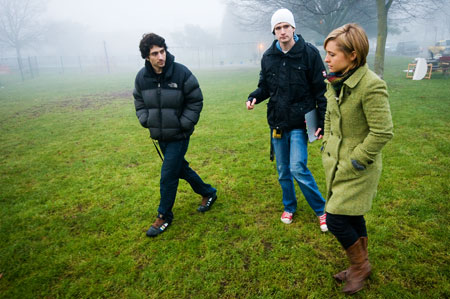 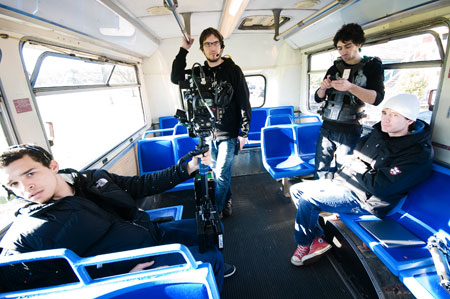 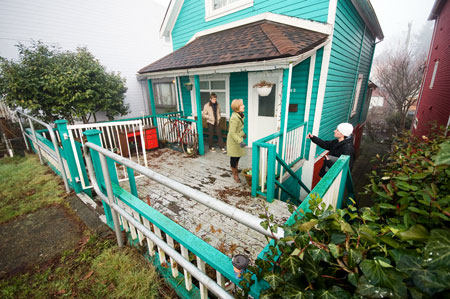 More blocking, this time out front of the action house, with Allison and Chad Krowchuk. Photo credit Shawn Edstrom. 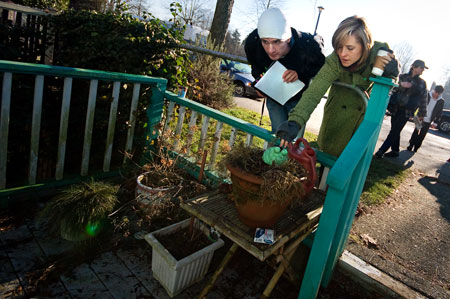 Allison and I blocking a moment outside the house. Photo credit Shawn Edstrom. 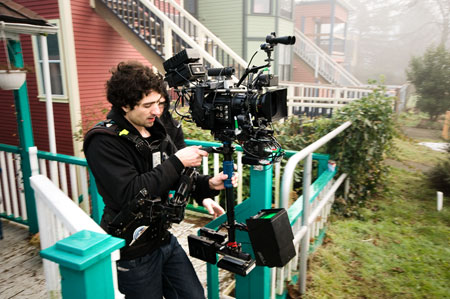 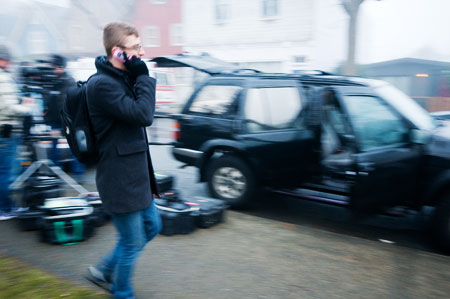 More photos from the film and, eventually, some real information can be once-over’d at www.underthefrog.com

And with some luck, this blog will be getting a whole lot more interesting very soon. I’m in transit again, writing this time from Hamilton en route to southern Africa for reasons I’ll have to take a raincheck on. Listen close and follow carefully…