Three images from Burma that I missed posting earlier: 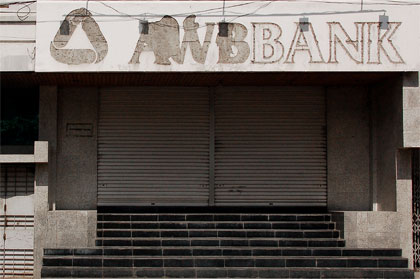 Outlines in paint where a bank once was. In 2003 the United States imposed a series of trade sanctions on Burma that resulted in the collapse and closure of all private banks in the country. Even now, four years on, credit and foreign bank cards aren’t worth their weight in plastic. 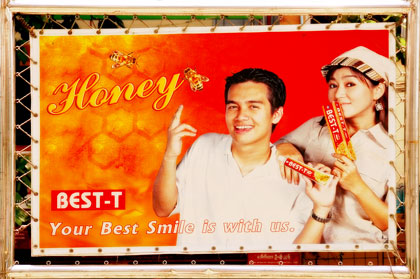 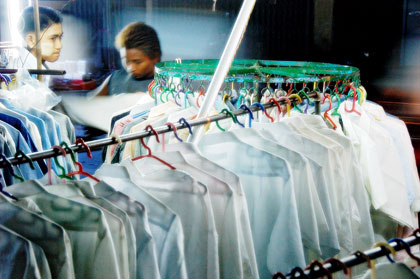 Tissue-thin dress shirts catch fluorescent light and the attention of shoppers at the night markets in Mandalay.